BitTorrent Sync 1.4 enters general release, and the company unveils plans for Pro version of its software.

BitTorrent on Wednesday plans to bring version 1.4 of its Sync software out of beta and to announce Sync Pro, a premium version of its peer-to-peer file synchronization technology planned for next year.

BitTorrent Sync allows users to share and synchronize files directly between two or more devices, no cloud service provider required. For anyone concerned that cloud computing companies may not be willing or able to keep customer data safe from scrutiny, Sync offers a potential alternative to storing data with a service provider.

"We're not storing any personal information of any users," explained Erik Pounds, VP of product management for BitTorrent. "This is very different than other cloud products."

Sync runs on all the major platforms: Android, FreeBSD, iOS, Linux, OS X, and Windows. It's used by individuals and businesses in the same way as a service like Dropbox: for syncing/backing up files to a remote location; for moving files across different devices; and for sending large files, particularly those too large to travel as email attachments. But where Dropbox maintains servers to store customer data, BitTorrent Sync has none. 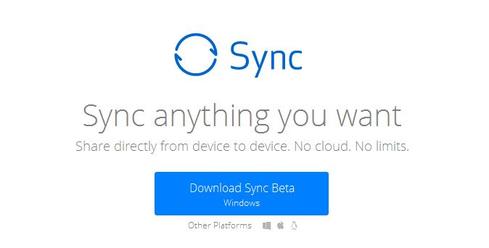 Pounds says Sync has found fans amount IT administrators who have to distribute lots of files across different devices. "Many IT admins have been using BT Sync because it's lightweight and just works," he said. "There are no complex security settings. There's no need to create VPN tunnels."

To address corporate usage, Pounds says that BitTorrent is planning to add a paid Pro tier next year, with the release of Sync 2.0. The company plans to offer an alpha version of the software shortly, to collect feedback from users.

Sync 2.0 will bring UI, performance, and stability improvements, and new tablet apps for Android and iOS. Sync 2.0 Pro adds the ability to access very large folders (with terabytes of data), folder permissions and ownership controls, the ability to synchronize across all devices associated with a specific identity, and priority technical support.

On Monday, a post on the Hackito Ergo Sum website questioned the security of BitTorrent Sync and suggested the software could not be trusted because it's not open source.

BitTorrent addressed the issues raised in its own post, noting that the analysis does not represent a professional security audit. "We’ve gone through the claims made on Hackito and after reviewing it in full, we do not feel there is any cause for concern," wrote Konstantin Lissounov, BitTorrent Sync General Manager.

Thomas Claburn has been writing about business and technology since 1996, for publications such as New Architect, PC Computing, InformationWeek, Salon, Wired, and Ziff Davis Smart Business. Before that, he worked in film and television, having earned a not particularly useful ... View Full Bio
We welcome your comments on this topic on our social media channels, or [contact us directly] with questions about the site.
Comment  |
Email This  |
Print  |
RSS
More Insights
Webcasts
Building Asset Management into Your Enterprise Security Strategy
Cybersecurity Risk Management
More Webcasts
White Papers
5 Steps to Perimeter-Less Security: Adopting a Zero-Trust Model
Cloud Threats Are Different, Your Security Should Be Too
More White Papers
Reports
Building the SOC of the Future
Are Unprotected Cloud Databases Leaking Your Data?
More Reports