At the 2015 WWDC, Apple's is expected to show off new versions of iOS, specifically iOS 9, and Mac OS X. Additionally, developers will get more details about the Apple Watch.

Apple today revealed it will hold its annual Worldwide Developers Conference June 8 through June 12. As usual, the event will take place in San Francisco's Moscone West center. According to Apple, this year's conference will concentrate on the future of iOS (specifically iOS 9), Mac OS X, and the Apple Watch.

Registration for the ticket lottery is already open. (Note that winners will have to buy the actual tickets.)

The theme of this year's event is The Epicenter of Change. WWDC 2015 boasts more than 100 technical sessions. Apple said 1,000 of its engineers will be on hand to talk to developers about their apps. The conference represents developers' best opportunity to dig deep with Apple. There will be more than 100 hands-on labs where Apple will guide developers by showing them all the latest features of iOS and OS X, and demonstrate best practices when writing apps. Other benefits of the conference include guest speakers, lunchtime sessions, and lots of face time -- get it -- with experts from around the globe.

The most significant announcement at the event will likely be iOS 9, the next full version of Apple's mobile operating system for smartphones and tablets. 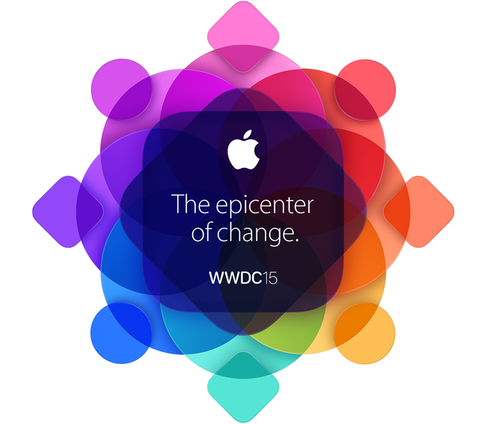 Apple's mobile platform has undergone a massive transformation in iOS 7 and iOS 8. The former overhauled the look and feel of the operating system, while the latter made significant under-the-hood improvements and opened more doors for developers through an expanded selection of APIs. There has been little chatter about what new features might show up in iOS 9, but many expect Apple to refine the stability and performance of the operating system.

Similarly, Mac OS X 10.11 is on deck for its big reveal. Apple's last two desktop OS upgrades altered direction for the platform a bit, which has begun to take on some characteristics from iOS. It's entirely possible that Mac OS 10.11 will continue that trend.

The Apple Watch should be in more consumers' hands by the time WWDC rolls around, so Apple might spend some time talking about WatchKit and other tools for developers interested in creating apps for the wearable. The third-party app experience was found lacking in early reviews of the device, so with luck Apple will have new APIs or a refreshed SDK in the wings.

"The App Store ignited an app ecosystem that is simply amazing, forever changing the lives of customers and creating millions of jobs worldwide," said Philip Schiller, Apple’s senior vice president of Worldwide Marketing, an April 14 statement. "We've got incredible new technologies for iOS and OS X to share with developers at WWDC and around the world, and can't wait to see the next generation of apps they create."

Developers interested in attending the event can register beginning today. Apple will accept applications until April 17, and will announce ticket winners through a lottery on April 20. Tickets cost $1,599. The sooner you sign up the better. The company didn't say how many tickets it will award, but Apple is offering scholarships to 350 deserving students.

Google's I/O developer conference is scheduled two weeks earlier for May 28 and 29.

I liked how OS X took on characteristics from iOS. If Apple includes some more in the next upgrade it would be great.