InformationWeek was on hand at Apple's Worldwide Developers Conference 2015 in San Francisco Monday to hear all about about OS X, iOS 9, and watchOS. Here are our 10 favorite moments from the conference. 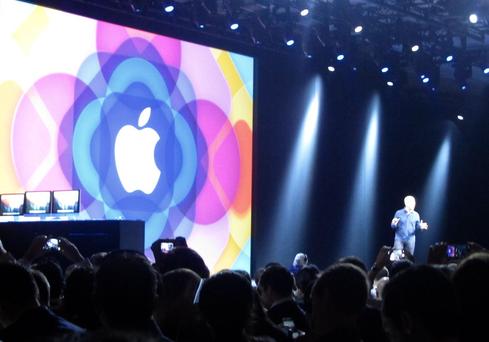 Apple executives took the stage at the company's Worldwide Developers Conference (WWDC) in San Francisco Monday to talk about what's in store for its three main platforms: OS X, iOS 9, and watchOS. Much of the news was predicted well ahead of the WWDC 2015 keynote, but that didn't diminish the excitement InformationWeek witnessed among developers attending the event.

Attendees were especially enthused about Apple's Swift development language, which the company is going to make open source later this summer.

Apple CEO Tim Cook kicked off the event without the company's traditional snapshot of its sales and other data points. As far as the state of Apple is concerned, all Cook had to say was, "Everything is going great!"

Craig Federighi, Apple's SVP of software engineering, followed Cook on stage and dove straight into OS X. Mac OS 10.11 is called El Capitan, after the massive rock face within Yosemite National Park. Apple decided to keep the feature list for El Capitan to a minimum. The desktop operating system adds improvements to email, notes, Safari, and Mission Control. It gains the ability to use a split-screen mode and adds Apple's Metal developer toolset to the desktop. Apple said Metal boosts the performance of OS X significantly. It will be available in beta form in July and made widely available to users for free in the fall.

Next up, Federighi discussed iOS 9. The company focused on improving the performance of iOS 9 by adding several key features, but shied away from cramming the platform with hundreds of new powers.

The biggest change is to Siri, with its new "Proactive" mode. Siri will be able to handle a wide range of natural language requests -- including those that require access to third-party apps -- much like Google Now on Android devices and Cortana on Windows Phones. A new API makes Siri much better than it was at searching third-party apps, thanks to deep linking. Siri will be able to check traffic, schedules, and other details, and make suggestions throughout the day as users go about their business.

Other improvements to iOS 9 include expanded Apple Pay powers and availability; Apple Notes and iCloud syncing; public transportation in Apple Maps; and a new app called News for offering curated magazine content. The iPad gets split-screen multitasking and a new keyboard.

WatchOS 2.0 got a lot of time on the stage. The platform has some huge additions, especially concerning native apps. With watchOS 2.0, developers will be able to run apps entirely on the Watch without an iPhone. Further, they'll be able to tap into WiFi for data connections. Apple is adding a ton of new APIs, so developers can turbo-charge their apps.

Last, Apple announced Apple Music, its long-rumored subscription music service. The monthly service, which will cost $10 per month, launches June 30 and purports to be a great way for people to listen to music on the iPhone, iPad, iPod, Mac, and Apple TV.

Here are our 10 favorite moments from the show floor at Apple's WWDC 2015.

When everything is really going great, Apple trumpets the numbers. I can only conclude that Watch sales were not impressive enough to celebrate.
Reply  |  Post Message  |  Messages List  |  Start a Board
Editors' Choice
Hot Topics

Does Identity Hinder Hybrid-Cloud and Multi-Cloud Adoption? Joao-Pierre S. Ruth, Senior Writer,  4/1/2021
White Papers
2020 SANS Enterprise Cloud Incident Response Survey
The Top 5 Mistakes Everyone is Making in Vulnerability Remediation
Identify Threats 82% Faster: The Value of Threat Intelligence with DomainTools
The Five Major Security Pitfalls of WFH and How to Solve Them
What is Pure Signal RECON?