Agreement calls for $32.5 million in refunds for in-app purchases made without parents' OK.

To settle a Federal Trade Commission complaint, Apple will refund consumers for in-app purchase charges made by children without the consent of parents, paying at least $32.5 million as a result.

The FTC complaint alleges that Apple violated the FTC Act by failing to provide adequate disclosure for purchases made on iOS devices. Prior to recent software changes, entering an Apple ID and password to install an app or make an in-app purchase opened a 15-minute window within which subsequent in-app transactions were possible without further authentication.

FTC chairwoman Edith Ramirez characterized Apple's concession as a win for consumers. "This settlement is a victory for consumers harmed by Apple's unfair billing, and a signal to the business community: Whether you're doing business in the mobile arena or the mall down the street, fundamental consumer protections apply," she said in a statement.

According to the FTC's legal filing, Apple has received tens of thousands of complaints from parents since March 2011 about unauthorized in-app purchases. In a few cases, these charges reached several hundred or even thousands of dollars.

While app developers profited from these transactions -- some through games cynically designed to encourage spending on virtual goods rather than to provide compelling game play -- Apple's oversight of the in-app payment process makes the company liable.

Not all of the FTC commissioners believe that should be the case. Commissioner Joshua Wright issued a dissenting statement, saying that those affected represent a miniscule group of consumers and that the harm done has been minor. 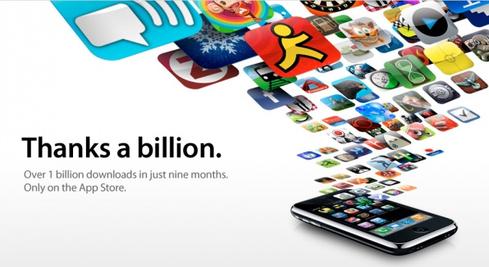 Wright also argues that the FTC should not second-guess Apple about how to design its products or require it to revise a proven business practice.

'[A]ny injury to consumers flowing from Apple's choice of disclosure and billing practices is outweighed considerably by the benefits to competition and to consumers that flow from the same practice," said Wright in his statement.

Apple CEO Tim Cook, in an email to employees published by re/code, argued that the FTC action was unfair because the company had previously settled a lawsuit over unauthorized in-app purchases.

The FTC intervention "smacked of double jeopardy," Cook wrote. "However, the consent decree the FTC proposed does not require us to do anything we weren't already going to do, so we decided to accept it rather than take on a long and distracting legal fight."

Cook said that last year Apple sent out 28 million emails to those who had made in-app purchases in games designed for children and received 37,000 claims. To exhaust its $32.5 million settlement fund, Apple would have to pay out about $878 per claim. Chances are the average claim is much lower. The unspent balance of the fund, if any, will be awarded to the FTC.

We welcome your comments on this topic on our social media channels, or [contact us directly] with questions about the site.
Comment  |
Email This  |
Print  |
RSS
More Insights
Webcasts
How Elite Analyst Teams are Transforming Security with Cyber Reconnaissance
ROI and Beyond for the Cloud
More Webcasts
White Papers
Passwordless: The Future of Authentication
Research Report: Evaluating Your Organization's Cybersecurity Readiness
More White Papers
Reports
Special Report: Edge Computing: An IT Platform for the New Enterprise
DNS Network Traffic Volumes During the 2020 Pandemic
More Reports

In principle, there should not be a window where kids can rack up in-app purchases without parental (or any device owners') consent. However, this settlement sounds a little like Big Brother strong-arming Apple. If the numbers shared are accurate, the FTC stands to gain quite a bit from this settlement. I suspect the issue could have been more fairly and appropriately dealt with, including penalties on those game "designers" who build junk games they give away in exchange for in-app purchases that are required for any kind of success.
Reply  |  Post Message  |  Messages List  |  Start a Board
Editors' Choice
Hot Topics