The service would transcribe incoming voicemail into messages for easier consumption.

Voicemail is a pain in the neck, and Apple has decided to do something about it. The company is testing a new way to transcribe spoken messages and send the contents to iPhone owners via text.

Apple is prepared to use Siri and iCloud to change the voicemail experience, according to a report in Business Insider. Rather than allow calls to go to the carrier's service, Siri will answer incoming calls. Callers can leave a message as they normally would. The voice recording is sent to Apple's iCloud computers, where it is transcribed and returned to the iPhone owner as a text message.

The idea is to let people read their messages instead of dialing in and listening to them, tasks people are often loath to perform.

That's not all iCloud Voicemail will do. Users can have Siri tell select callers where they are and why they might not have been able to pick up the phone. The service is still being tested by Apple employees. It isn't expected to launch until 2016.

This won't be the first time Apple has futzed with voicemail. The original iPhone brought with it visual voicemail, a revelation at the time. Rather than force people to dial into their carrier's system and listen to each message in the order received, visual voicemail let iPhone owners see who called, who left messages, and then listen to those messages in any order they chose. Visual voicemail is now common to most smartphones.

Apple will not, however, be the first to tackle transcribed voicemail messages. Google Voice has offered such transcription since 2009. With Google Voice, inbound callers could leave messages that were transcribed and then sent to Google Voice users through email and/or text message.

Google Voice has been the butt of jokes for years. The service is known to be notoriously inaccurate with its transcriptions. It often failed to transcribe 50% of the words in a single message. Google Voice, thankfully, also offers users the opportunity to listen to the actual audio message, rather than read the transcription as a backup. Google recently said it has taken steps to improve the accuracy of Google Voice transcriptions. 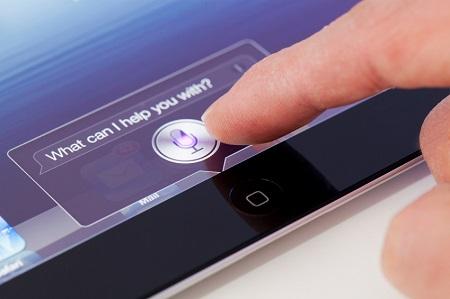 Apple's Siri isn't exactly perfect, either. Siri often mis-transcribes dictated text when users speak to their iPhones, whether for spoken commands or text/email messages. Apple is taking pains to improve Siri, which will debut new powers in iOS 9.

Business Insider said iCloud Voicemail won't be released until it works reliably enough. At the moment, that's looking like iOS 10, in September 2016.

Until then, we're going to have to suffer through using voicemail services to listen to those pesky recordings.

Good spot - in the worst case you may get some garbbage message since the original message is screwed up during transcription.
Reply  |  Post Message  |  Messages List  |  Start a Board

Can't say the delivery system is the best -- text -- not everyone gets texts, and many pay per text.
Reply  |  Post Message  |  Messages List  |  Start a Board

It will be interesting to see if the state of the art has advanced to the point where it is accurate enough to be useful.
Reply  |  Post Message  |  Messages List  |  Start a Board
Editors' Choice
Hot Topics