0%
Tweet
Games and creativity apps were big winners on Apple's list this year, but 2014 was also a great year for productivity apps.

On Monday, Apple revealed its selections for best apps and best games of the year in the iTunes App Store. The winners and runners-up include a solid mix of entertainment, utility, and media applications. Apple also showed off the top-performing apps in terms of downloads and generating revenue. Whether or not you agree with Apple's selections, there's no question 2014 generated some terrific apps for the iPhone and iPad.

Apple's pick for iPhone app of the year is Elevate's Brain Training, which helps users "improve their memory, focus, and other cognitive skills with captivating mini-games." It's an attractive app, and some of the games are indeed fun and challenging. This year's best iPhone game is Threes -- a simple but addictive puzzle that's perfect for killing time.

Pixelmator scored best app for the iPad honors. It is a fantastic photo editor that works seamlessly with the iPad and Apple's iPhoto desktop app. The $10 price point may be offputting to some, but it's worth every penny for serious photographers. M.C. Escher fans will enjoy Apple's selection for iPad game of the year: Monument Valley lets budding architects create impossible building-scapes that would make Escher proud. 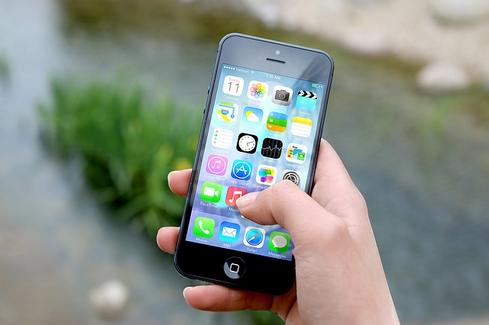 Some of the biggest app news of the year came from Facebook, Google, and Microsoft, so it's no surprise to see them ranked at the top. For example, Facebook forced everyone to download Facebook Messenger after it separated the messaging functionality from its main mobile app. Google pulled a similar maneuver with Drive, its cloud-based storage service. Drive -- which used to be called Google Docs and offered not only storage, but productivity features as well (Docs, Sheets, Presentations) -- now comprises four separate apps, each with a distinct purpose.

Microsoft also made big waves this year with its Office Suite for the iPhone and iPad, which are now available (in basic form) for free to mobile device users.

Smartphones and tablets, particularly the iPhone and iPad, are more powerful than ever, thanks to the efforts of developers around the world. It's been a fantastic year for app improvement, and 2015 promises to be even better.

Which are your favorite apps? Share your thoughts in the comments below.

Now Elevate lives in my iPad. :) I already love it and see myself becoming an addict to Elevate. :D What a great application this is. I am already impressed after using it for a only a few minutes. I had to come back to work. :( Thanks for this, Eric. :)

Elevate sounds like a great app. I will download it for my iPad. Google Drive needs to improve. It still has some limitations if you want to work with it on your iPad, like I do.

It's a little surprising there is no mention of health apps, training, yoga, etc. There are some great app in the health department.

After downloding several yoga and workout apps, for instance, I have been using MyYogaStudio almost daily for more than three months now and love it. Argus and Heart Rate, Sleep Time, and my SleepButton, which has been helpful when I can't get a quiet mind. :)

Pixelmator, Monument Valley, and Threes all are excellent apps. I'd add Sketch 3 to the list, too.
Reply  |  Post Message  |  Messages List  |  Start a Board
Editors' Choice
Hot Topics