Apple Music May Get A Needed Overhaul - InformationWeek

Apple Music caused major waves in Cupertino last year, resulting in a so-so product and employee departures. The company is hard at work on a redesign.

Apple Music, launched in June 2015, is set for a major overhaul. Apple hopes the redesign will help win over critics and users alike, who've harshed on the service for its difficult-to-master interface. The revamped app may make its debut at Apple's annual developer conference in June.

Apple is targeting Apple Music's appearance and controls, reports Bloomberg, to improve usability. The app as it is today is too busy, with too many buttons, sections, and menus. Apple will also improve how the Apple Music app works with the company's music streaming business and its iTunes-based music store.

In order to make sure everyone knows about the new app and gives the $10-per-month service a shot, Apple may spend big on marketing, claim Bloomberg's unnamed sources.

Bringing Apple Music to market last year wrought drama at Apple's headquarters. Apple Music is, at its core, based on the Beats Music service the company acquired. Apple mashed Beats into its existing iTunes and Music apps. The results -- including the app itself and the impact on Apple staffers -- weren't pretty.

The Verge called Apple Music "messy, slow to load, and complicated to set up."

Rolling Stone said Apple Music "users will need to play around with it a bit and dig to move past some of the less immediately intuitive facets."

The Beats team and its executives clashed severely with the acquiring company's culture once they were brought into the Apple fold. Many former Beats employees felt Apple's approval process was overly bureaucratic and burdensome. Some of them were moved to other products against their will. Beats Music CEO Ian Rogers, for example, left Apple in August 2015, according to Bloomberg. Executives Ryan Walsh, Ryan Goodman, Bobby Gaza, and Jackie Ngo also departed Apple.

Why worry so much about a single app? Simple -- apps tied to online digital services are part of the future Apple CEO Tim Cook is banking on.

Apple Music costs $10 per month for a single account, and $15 for families. Apple says it has 13 million subscribers, which is up from 11 million earlier this year. That means Apple Music subscribers generate $130 million in revenue each month, or $1.56 billion per year -- no small chunk of change. 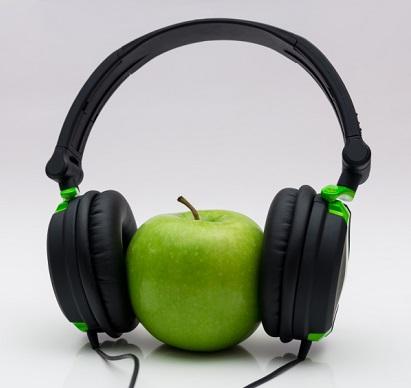 Apple's music service isn't the only app in need of an overhaul. Many of the company's core apps, such as iCloud, Photos, and Maps, underperform when compared to rivals from Google, Microsoft, and others. If Apple is to successfully use online digital services to supplement the revenue lost by falling hardware sales, its apps need more spit and polish. Apple Music simply happens to be the app with the most visibility.

That's why Trent Reznor, of Nine-Inch-Nails fame, is helping with the user interface. Star designer Jony Ivy is also contributing ideas, as is longtime music industry veteran Jimmy Iovine. Apple's executives are pleased with the progress the redesign has made, and are also glad that, a year later, the team is working more cohesively.

Apple is expected to show off the revised Apple Music at June 13. Apple did not comment on Bloomberg's story.