Apple's alliance with IBM will make it harder for Android and Windows Phone to carve a niche in the workplace.

Apple and IBM on Tuesday announced the formation of a partnership to sell iPhones and iPads to enterprise customers and to develop industry-specific apps backed by IBM cloud services.

It's a deal that will benefit Apple and might help IBM. But its real impact will be closing corporate doors to the competition.

With IBM's help, Apple will sell more iOS devices. That matters to Apple. IBM will profit, too, depending on how much IBM gets per device sold. But IBM will be looking for revenue from consulting, support, and cloud services. And it doesn't appear that Apple will be doing much to convince people to use those services or IBM's iOS apps. That's up to IBM's sales team, assisted perhaps by favorable App Store placement.

Given the low regard people have for the usability and design of enterprise applications -- one enterprise software developer has made a habit of calling IBM Lotus Notes "a crime against humanity" -- the deal's major upside for IBM might be subjecting the company's apps to Apple's approval process.

Perhaps most intriguing is whether Apple wearable devices will be relevant to this deal. Apple is expected to introduce a new wearable product line this fall and its iOS 8 SDK suggests that health apps and data will play an important role. IBM, with its credibility in the healthcare industry, looks like an ideal partner to convince Apple customers to entrust health data to the cloud.

But the potential windfall from the partnership will be constrained by Apple's already considerable success. The company holds a commanding position in the enterprise mobile device market and might not be able to climb much higher. According to CEO Tim Cook, "over 98% of the Fortune 500 and over 92% of the Global 500 [are using] iOS devices in their business today."

Recent figures from mobile device management firm Good Technology suggest slightly more potential for growth. In May, the company reported that among its customers activating mobile devices on its mobile security platform during the first quarter of 2014, 72% ran iOS, 27% ran Android, and 1% ran Windows Phone. 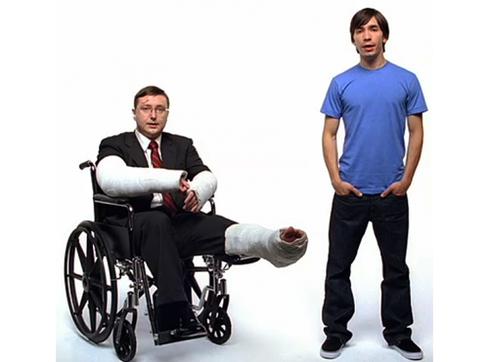 Apple looks poised to keep Windows -- and Google -- mobile devices beaten down in the enterprise.

Outside the enterprise mobile market, Android dominates and its smartphone market share continues to grow at the expense of its competition. According to IDC, Android had a global first-quarter 2014 market share of 81.1%, compared to 15.2% for iOS and 2.7% for Windows Phone.

An Apple-IBM alliance matters to Google and Microsoft because it is likely to reinforce the lead of iOS in the enterprise market, where Android and Windows Phone have yet to gain much traction.

"Android is struggling to get acceptance in the enterprise due to security concerns and the fact that Android is readily rooted," said Van Baker, VP and research director for Gartner's mobile and client computing services, in an email. "Samsung has addressed this with Knox but this is a recent platform for the enterprise so it is in the early stages of adoption. This partnership will make it more challenging for both Microsoft and Samsung to penetrate the enterprise."

Google knows it has to push Android harder in the enterprise market, but Apple's alliance with IBM has made the mountain it must climb that much more steep. Microsoft, after years wandering in the wilderness, has just arrived at the base of the mountain, only to realize it's carrying too much baggage. And no one's quite sure what happened to BlackBerry.

Customer adoption of mobile banking -- whether they bank by smartphone, tablet, or laptop -- has increased exponentially. Join Bank Systems & Technology for a free 60-minute webinar, What's The Right Approach For Delivering Mobile Apps?, to get ideas about how banks can effectively deliver new mobile applications that will engage customers and drive growth. Webinar happens June 26.

Thomas Claburn has been writing about business and technology since 1996, for publications such as New Architect, PC Computing, InformationWeek, Salon, Wired, and Ziff Davis Smart Business. Before that, he worked in film and television, having earned a not particularly useful ... View Full Bio
We welcome your comments on this topic on our social media channels, or [contact us directly] with questions about the site.
Comment  |
Email This  |
Print  |
RSS
More Insights
Webcasts
The Failures of Static DLP and How to Protect Against Tomorrow's Email Breaches
Building the SOC of the Future: Next-Generation Security Operations
More Webcasts
White Papers
Five Reasons to Protect your VPN with Multi-Factor Authentication
The 2020 Duo Security Trusted Access Report
More White Papers
Reports
2020: Threats in Review
The State of Cloud Computing - Fall 2020
More Reports

>> I see this notion everywhere.  Apple has taken as step down.  IBM is only good a ditching the stuff they have failed at.  There is no killer combination here - except in some alleged minds.  My predicion is that Apple will never really benefit and will terminate the agreement.

I see this notion everywhere.  Apple has taken as step down.  IBM is only good a ditching the stuff they have failed at.  There is no killer combination here - except in some alleged minds.  My predicion is that Apple will never really benefit and will terminate the agreement.
Reply  |  Post Message  |  Messages List  |  Start a Board

It always astonishes me when commenters and writers dismiss Microsoft in the enterprise. Do any of you work in a real world industry?? Seriously?

A quote from Tim Cook about 90% of enterprises have someone using an iPad is not evidence of ios dominence. Not by a long shot.

Apple is notoriously poor on enterprise suppert. Having IBM rising shotgun may be a major catalyst to move Apple from being a purveyor of entertainment devices into a serious provider of enterprise tools.

RIM isn't the only one to become a footnote in handhelds. Palm Pilot, anyone? The groundbreaker of that day. It is a cruel fact of the mobile market that devices can be leapfrogged.

Healthcare CIOs and others in regulated industries especially feel the security worries of the Android ecosystem.
Reply  |  Post Message  |  Messages List  |  Start a Board

>> Google knows it has to push Android harder in the enterprise market, but Apple's alliance with IBM has made the mountain it must climb that much more steep. Microsoft, after years wandering in the wilderness, has just arrived at the base of the mountain, only to realize it's carrying too much baggage.

time will tell the story. Apple and IBM are such unlikely partners re: culture, outlook, technology, it's hard to see where they fit together. IBM will have to change. May not be such a windfall, but it could work out. MSFT, ah well, it's manufacturing the better buggy to beat the horseless carriage.

>> So sad that the once mighty smartphone maker, the one that originally defined the market, is relegated to a footnote, almost a term of derision.

So sad that the once mighty smartphone maker, the one that originally defined the market, is relegated to a footnote, almost a term of derision.
Reply  |  Post Message  |  Messages List  |  Start a Board
Editors' Choice
Hot Topics