Google has started delivering the next generation of Android to Nexus-branded smartphones and tablets. Here are the details.

As always, Google is pushing the update out in waves.

That means it may be several days or weeks before Marshmallow reaches the majority of Nexus devices. Impatient types who are somewhat knowledgeable can sideload the new OS. Google posted the factory images for the Nexus 5, 6, 7, and 9 on Monday, Oct. 5. Using Android Studio and some command-line wizardry, these images can be flashed onto the corresponding smartphone or tablet.

The Nexus 6P and 5X will be the first handsets to ship with Android 6.0 Marshmallow onboard. They are already available for pre-order, but strong demand has pushed shipping dates out to mid-November. 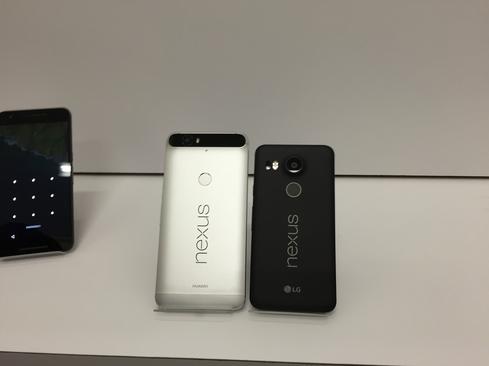 Why all the fuss? Google has added tons of new and compelling features.

The most significant addition to Android 6.0 is Google Now on Tap.

Now on Tap builds on the foundation set by Google Now several years ago. It knows what's on your calendar, where your appointments are, if there's traffic ahead, and so on. With these basics in tow, Now on Tap is able to make suggestions proactively throughout the day as things come up. For example, say a friend emails you with an invitation to the zoo. Tap and hold the home button and Now on Tap will automatically provide links to relevant information, such as associated apps, the location with directions, hours, on-site eateries, and so on -- no additional searching required.

Marshmallow makes important gains in power efficiency, says Google. A new function called Doze lets the OS realize when the device is idle in order to go into a deep sleep state to conserve power. Google claims its tests produced 30% gains in battery life on the Nexus 5 and Nexus 6 smartphones. Another tool called App Standby puts the least-oft-used apps into a resting mode to conserve power.

[Read more about the features in Marshmallow.]

Google completely overhauled how Android handles permissions. Moving forward, users have the ability to customize and control what features are accessed by each app in real-time.

For example, if you want to upload a photo you've taken to Google Maps, Maps will only ask for permission to use the camera the first time you actually try to use the camera in Maps -- not when the app is first installed. Google says this model provides end-users with a much finer degree of control over what apps have access to.

The last big tentpole pertains to setting up new tablets and Android TVs. Slate and video device owners can much more easily migrate their apps and settings from one device to another. (This function has been available to smartphones since Android 5.0 Lollipop.)