Motorola and Nexus smartphones are receiving a minor system update from Google.

Google and Google-owned Motorola are making good on their promise to keep Nexus and Moto-branded devices up to date with the latest version of Android. The two companies are pushing Android 4.4.3 out to a handful of handsets. Here's what's new and different.

Google released Android 4.4.3 KitKat this week. It has posted the factory images for a number of phones and tablets, including the Nexus 5, Nexus 4, Nexus 7 (both WiFi and LTE), Nexus 10, Galaxy Nexus, and Nexus S. The factory images are raw code. Handy device owners can download and install these system updates if they so wish, but a little know-how is required to push the code from a PC to the phone or tablet.

The official change log is rather skimpy. According to Google, Android 4.4.3 makes a visual update to the Phone dialer application by adding a card-based view to the speed dial contacts. It also adds a new color. Other changes resolve bugs pertaining to CPU usage and a bug in the Nexus 5 camera. Not all that exciting.

Keep in mind, Google has not begun to distribute these system updates over the air. It likely will in the days ahead. If you're not skilled enough to root your phone to manually flash the new ROM, just wait. It won't be long before the official rollout begins.

Android 4.4.3 is a bit more interesting for owners of the Motorola Moto X, Moto G, and recently announced Moto E. The system update is available to all US variants of the Moto G and E, but only the T-Mobile variant of the Moto X (for now). Motorola says all three devices will gain the new Phone app and a number of general improvements to consistency, usability, stability, and security. 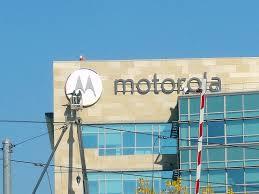 More specifically, the Moto X will take better pictures thanks to tweaks to how it measures exposure values and how it uses the flash. The Moto X should also see better low-light performance from the user-facing camera -- after all, who doesn't want the best selfies possible? The Moto X and Moto G both gain the ability to pause/resume video recording, which lets people add a cut to a video without creating two separate files. The update installs a dedicated pause button in the viewfinder itself, making the new feature easy to find and use. Last, the Moto X and Moto G gain access to the Moto Alert application. Moto Alert was initially an exclusive for the Moto E. It is meant to help give people peace of mind by firing off periodic messages (automatically) to select contacts. Motorola says more details are available on the individual support pages for the Moto X, Moto G, and Moto E.

Though Android 4.4.3 is a minor system update, its appearance just weeks ahead of I/O -- Google's annual developer conference -- is notable. It is probably the last tweak to Android 4.4 KitKat before Android jumps to an entirely new version. Google's plans for Android at I/O might include a refresh to Android 4.5 or maybe a jump to Android 5.0, a new Gmail application, Android Wear and associated devices, and more. I/O kicks off the last week of June.

Eric is a freelance writer for InformationWeek specializing in mobile technologies. View Full Bio
We welcome your comments on this topic on our social media channels, or [contact us directly] with questions about the site.
Comment  |
Email This  |
Print  |
RSS
More Insights
Webcasts
Protecting Your Enterprise's Intellectual Property
ROI and Beyond for the Cloud
More Webcasts
White Papers
From MFA to Zero Trust
Two-Factor Evaluation Guide
More White Papers
Reports
Are Unprotected Cloud Databases Leaking Your Data?
Special Report: The Changing Face of Threat Intelligence
More Reports

DDurban, I agree that it is about lifecycle.

I do take your point that iPad has been a pioneer but now that Samsung Tabs are around, people don't consider Apple as the only option.
Reply  |  Post Message  |  Messages List  |  Start a Board

Compared to the PC market Apple's computer share is still a very small market share. The iPad has had a free rain since release.  It's taken the rest of the market 5 years to catchup.  We're just now seeing products that can compete.    Apple goes through cycles just like all other companies.
Reply  |  Post Message  |  Messages List  |  Start a Board

DDurban, you have a point. Apple is proficient in both hardware and software. However, I personally feel that the curiosity that Apple always created within users regarding its new launches is not there anymore. So claiming the excellency in all departments is debatable now.
Reply  |  Post Message  |  Messages List  |  Start a Board

They might use HTML coding. Well, I have Nexus 5 that I am using from last 6 months and recently updated it with the latest 4.4.3 version of Android. I even purchased a wireless charger for it from Amazon www.amazon.com/gp/product/B00FPFRNTQ to keep the device fully charged in order to explore more features from this latest version.
Reply  |  Post Message  |  Messages List  |  Start a Board

And yet still no update from Google on the privacy front other than its lip service to privacy promises about email encryption. I'll be interested IF Google, like Apple, ever implements the ability to limit/restrict what apps transmit to the Mother Ship. But I won't be holding my breath.
Reply  |  Post Message  |  Messages List  |  Start a Board

If a phone has been rooted, for instance, from 4.1 to 4.3, and then later Samsung pushes an official update that takes certain devices that are on 4.3 to 4.4, will subsequent updates work, or once rooted a device loses its ability to receive automatic updates?
Reply  |  Post Message  |  Messages List  |  Start a Board

Personally I don't think it's an easy move. Furthermore, I do not see good reason why we should move away from Java based framework. There is one exception. If we have a very handy language available, such kind of evoluation might happen - i.e. an Android version of Swift.:-)
Reply  |  Post Message  |  Messages List  |  Start a Board

Google and Microsoft are software companies trying to add hardware to their expertise (Apple envy) but both are late to the game and both have other partners more hardware capable.  Google's purchase of Motorola and Microsoft's purchase of Nokia were done after failed efforts on their own.   But these two still struggle just showing how hard it is to be multi-talented.  In fact Google just sold Motorola to Lenovo.  I expect Microsoft will come to realize they have no talent for hardware either and sell Nokia to somone that does maybe Acer or HTC.
Reply  |  Post Message  |  Messages List  |  Start a Board

I can't believe I'm saying this but I think it would be great if Google does what Samsung is doing with Tizen, allowing application development with web based HTML5 but I doubt we see this.
Reply  |  Post Message  |  Messages List  |  Start a Board