Kinect For Windows: Beyond Games And Gorilla Arms - InformationWeek

50%
Tweet
Interact with your PC as you do your XBox. Check out Kinect for Windows PC in this informative introduction to this game changing technology.

Last March, Guinness World Records declared that Microsoft's Kinect motion analysis attachment for the Xbox 360 game console was the fastest selling consumer electronics device on record. Microsoft took advantage of the Kinect's continued buzz by making a version for PCs named Kinect for Windows. It should start shipping in the next week.

However, developers have had access to beta releases of the Kinect for Windows SDK since June 2011. So we should soon see at least a few proof-of-concept, freeware, and commercial software applications for Kinect for Windows soon. 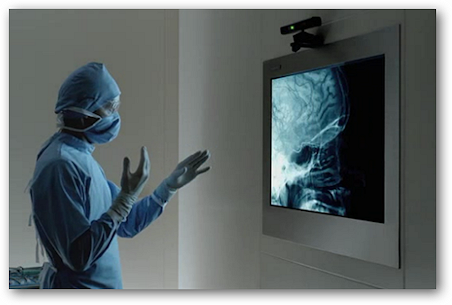 What else is in store? The Microsoft Kinect project gallery provides examples for education, fashion, medical applications, and entertainment. But what about you? Can Kinect for Windows make a difference at your work desk? The answer to this question can be found in a Microsoft concept video from 2009, a full year before Kinect for Xbox 360 was released. 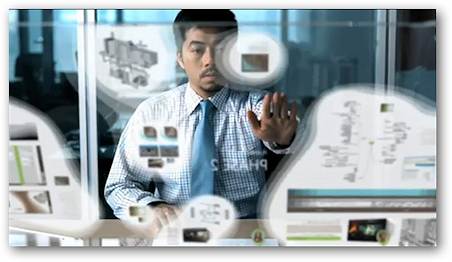 The video, released by Microsoft Office Labs, showed a variety of ways to interact with computers. These included touch-based mobile devices, large touch-based Microsoft Surface-type devices, and touchless (air) gestures. Microsoft was well aware that air gestures are the answer to the well-known "gorilla arms syndrome," which the late Steve Jobs said made touchscreens on notebooks or desktop computers a bad idea. Gorilla arms are the fatigue that sets in when you have to repeatedly reach out to touch a screen, which is an unnatural way to interact with a computer.

Kinect for Windows does not require touching. Imagine flicking through Web pages or documents, zooming into or expanding an image, or pausing video or audio playback with simple hand gestures. Walking away from your computer could be a command to set your computer to lock and sleep until your return. That's what we can expect from Kinect for Windows.

Of course, Kinect for Windows is more of a promise than a consumer product right now. Its relatively large size might make placing it on a desktop a problem for some people. It's impractical as a travel companion for a laptop. However, it's only a matter of time until we see smaller versions that can be mounted on a notebook's screen or integrated into right into the lid. This is what happened with webcams, and it's reasonable to expect the same for Kinect.

Xbox and Kinect are well-known as gaming hardware, but Microsoft has business applications in mind for Kinect. The company has released a developer-targeted Kinect for Windows with which we can expect to see built many strange and innovative gesture-oriented applications.

Price: $249.99.
Pro: Con:
We welcome your comments on this topic on our social media channels, or [contact us directly] with questions about the site.
Comment  |
Email This  |
Print  |
RSS
More Insights
Webcasts
Building an Incident Readiness and Response Playbook
12 Ways to Defeat Multi-Factor Authentication and How To Stop the Bad Guys
More Webcasts
White Papers
NetFlow vs Packet Data
[Exclusive InformationWeek IT Trend Report] The Cloud Gets Ready for the 20's
More White Papers
Reports
Can You Spare 10-12 Mins to Help Us Out with a Survey on Tech Trends?
Got 7 Minutes? Dark Reading Needs Your Help With Our Survey on Incident Response
More Reports

9 Ways to Improve IT and Operational Efficiencies in 2020 Cynthia Harvey, Freelance Journalist, InformationWeek,  1/2/2020
White Papers
NetFlow vs Packet Data
[Exclusive InformationWeek IT Trend Report] The Cloud Gets Ready for the 20's
Definitive Guide to Securing DevOps
What to Expect When You're Expecting a Data Breach: End of Year Report
Achieving Complete Security and Compliance Visibility in Public Cloud Environments