iPhone Sales Slump: How Apple Can Fix It - InformationWeek

Apple CEO Tim Cook is optimistic about the company's future even though it just posted its first-ever drop in iPhone shipments during its latest earnings report.

Apple shipped 51 million iPhones during its most recent quarter. That's down 10 million, or about 16%, from the 61 million it shipped in the year-ago period. While most other smartphone makers would love to have numbers like these, Apple's figures worry investors. The year-over-year decline reveals weakness in Apple's smartphone business, which is its main money maker.

Apple is facing a few issues and it's not clear how the company plans to surmount them.

The smartphone market as a whole is still growing, but at a much slower pace than it did several years ago. IDC believes phone makers will ship about 1.5 billion devices this year, and as many as 1.9 billion by 2020. Apple will probably continue to own about 14%-15% of the market during the next four years, but the era of big growth is over -- despite the fact that much of the world remains unconnected. 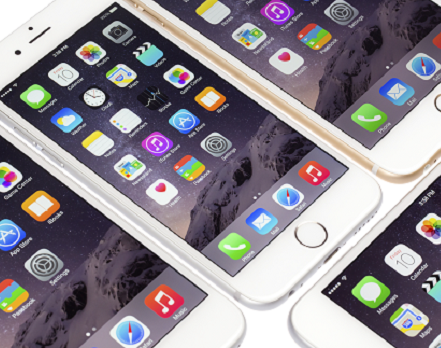 During the company's call with press and analysts, Apple CEO Tim Cook lamented this macro environment as something that's out of its control. He also acknowledged that it will contribute to muted iPhone shipments during the current quarter.

Beyond the larger market issues at play, the company has failed to innovate with recent products. The new iPhone SE, for example, is a rehash of the iPhone 5 with updated internals. The iPhone 6s and 6s Plus are simply updated versions of the 2014 iPhone 6 and 6 Plus.

The new iPad Pro is a smaller version of the slate Apple released last year. The new MacBook has only modestly improved specs when compared to last year's model. For a company that claims to sink billions of dollars into research and development, the evolution of its products has been painfully slow.

The original iPhone was an innovative product, as was the original iPad. Apple has hardly innovated since. The company refuses to adopt the newest technology (NFC, wireless charging) and often chooses its own, proprietary tech (Lightning) over standards. It's also stingy and overcharges for what should be cheap add-ons, such as storage and LTE.

What can Apple do to reinvigorate iPhone sales? Plenty. Change up the design. Make the iPhone 7 waterproof. Switch to USB Type-C. Lower the price of additional storage. Do something interesting with the cameras, like adopt 3D. Truly improve battery life.

Add wireless charging, or, heck, just add rapid charging. Improve the screen to quad HD. Make iOS more flexible and more easily customized. Definitely change the home screen experience. Open up the NFC radio to functions other than Apple Pay. This list can go on and on.

If there's one thing Apple absolutely cannot do, it is to rely on past success to shape its future. Be bold(er), Apple. Follow your own advice: Think different.

Eric is a freelance writer for InformationWeek specializing in mobile technologies. View Full Bio
We welcome your comments on this topic on our social media channels, or [contact us directly] with questions about the site.
Comment  |
Email This  |
Print  |
RSS
More Insights
Webcasts
Key technology trends in 2021 - Making these technologies work for your business
People Are The Most Important Part of Autonomous SOC
More Webcasts
White Papers
Why Add Security to Your Skill Set and How to Do It
Enabling Enterprise Resiliency Through Cyberthreat Detection
More White Papers
Reports
2021 Top Enterprise IT Trends - Network Computing
2020 State of Cybersecurity Operations and Incident Response
More Reports

"...For a company that claims to sink billions of dollars into research and development, the evolution of its products has been painfully slow."


Great observation Eric.   Sure,  Apple has saturated the market as far as phone sales in the U.S. are concerned and it looks like sales outside the U.S. have leveled off as well.

But what is the issue with their other products ? How long must one wait for an upgrade that is worth the cost ? I own a Mac Book and generally like to use it but would like to upgrade but the add-ons of the next model is not worth it.

This has been the case for years with the few Apple products I own.

But I am not alone in this - there are millions in the same boat.
Reply  |  Post Message  |  Messages List  |  Start a Board
Editors' Choice
Hot Topics