Smartphone thefts are down dramatically thanks to kill switches that let owners remotely disable their devices. Locked or disabled devices can't be fenced, and that means the streets are safer for the smartphone-owning public.

While the news is good, the wireless industry has a long way to go in terms of protecting consumers. That said, enterprise IT doesn't need to wait. IT professionals should already have policies in place to protect their devices and data. Every employee should be using passwords, and every device that has a "find/lock my phone" feature should have it enabled.

iPhone thefts have plummeted 40% in San Francisco, according to Reuters. Similarly, thefts are down 25% in New York City and down a whopping 50% in London. These are the results 12 months after Apple added a kill switch to the iPhone in September 2013 with the release of iOS 7.

"We have made real progress in tackling the smartphone theft epidemic that was affecting many major cities just two years ago," London Mayor Boris Johnson said in the Reuters report. 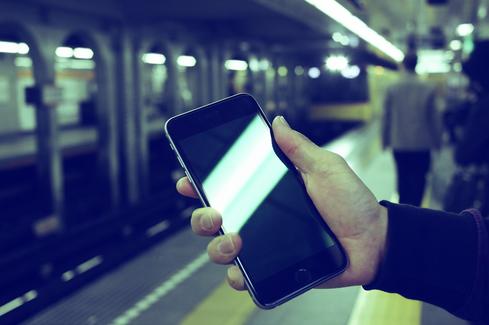 A year ago, data from the New York Police Department showed thieves were stealing Apple-branded products in record numbers. During 2013, there were 8,465 iPhones and iPods snatched from people on subways, buses, and on the streets in New York City. That amounted to 23 thefts per day. The NYPD said Apple products accounted for 18% of all grand larcenies across the city.

Lawmakers in New York, San Francisco, and elsewhere fretted over the thefts and lobbied to protect consumers. They were concerned not only about the loss of property -- smartphones are darned expensive -- but also about the injuries and even deaths that resulted from the act of stealing.

Apple added the tool to iOS voluntarily, but laws will require kill switches on smartphones later this year. Google added similar security measures to Android 5.0 Lollipop, and Microsoft plans to add a kill switch to Windows Phone. Apple's kill switch is on by default, but Google's isn't. Some observers worry that smartphone owners won't know to activate the feature.

"The wireless industry continues to roll out sophisticated new features, but preventing their own customers from being the target of a violent crime is the coolest technology they can bring to market," said San Francisco District Attorney George Gascon in the Reuters report. California's laws requiring the kill switch haven't reached the books yet, but will be the strongest such legislation in the country.

The FCC thinks there's plenty of work yet to be done. It reviewed data from a wide range of law enforcement agencies and believes there are between 1 million and 3 million smartphone thefts each year. The FBI said smartphone thefts account for 10% of all thefts on a yearly basis. Wireless network operators are supposed to be maintaining a database of stolen devices, but the FCC doesn't think it has been put to effective use yet.

Have you ever had a smartphone stolen? Are you currently using the kill switch capabilities on your mobile device? What kind of training has your IT department provided to mobile users about making the most of these new capabilities? Tell us about it in the comments section below.

Eric is a freelance writer for InformationWeek specializing in mobile technologies. View Full Bio
We welcome your comments on this topic on our social media channels, or [contact us directly] with questions about the site.
Comment  |
Email This  |
Print  |
RSS
More Insights
Webcasts
Key technology trends in 2021 - Making these technologies work for your business
People Are The Most Important Part of Autonomous SOC
More Webcasts
White Papers
Why Add Security to Your Skill Set and How to Do It
Are We Cyber-Resilient? The Key Question Every Organization Must Answer
More White Papers
Reports
Assessing Cybersecurity Risk in Todays Enterprises
How Data Breaches Affect the Enterprise (2020)
More Reports

LOL @asksqn I agree. We've even had bikes stolen out of our garage! Now I keep a lock on the newer bikes in the garage. As for the kill switch, I suppose that's the equivalent of taking a wheel with you, as some people do when they chain their bikes on city streets.
Reply  |  Post Message  |  Messages List  |  Start a Board

@asksqn, That would be ideal. Many locks do not deter thievery of bikes, and I am speaking from experience of having been a victim of bicycle theft.
Reply  |  Post Message  |  Messages List  |  Start a Board

I am very happy to hear that iPhone thefts have plummeted, especially since I just got my first iPhone.
Reply  |  Post Message  |  Messages List  |  Start a Board

Great news.  Now if only there was a way to implement a kill switch on bicycles to curtail the criminals from stealing bikes.
Reply  |  Post Message  |  Messages List  |  Start a Board

@Pedro when you put it that way, it sounds like the advice some women followed not to wear their diamond rings on the subway. If flaunt it, you risk losing it.
Reply  |  Post Message  |  Messages List  |  Start a Board

Sometimes the most simple strategist can be effective. If people can try to walk without talking on their smartphone, they will know where they are going and keep their expensive Smartphone in a safe place.  Thieves and known for run and grab people phone while they talk.
Reply  |  Post Message  |  Messages List  |  Start a Board

I agree with that strategy. It's so easy to lose or break such a small and inherently fragile device. Keep as little as you must on the phone itself - online storage is so cheap, just about anything you do online will result in yet another offer of ten free gigbyters. Thin Client - the way to go.
Reply  |  Post Message  |  Messages List  |  Start a Board

@eric-- sad that it's taken manufacturers so long to do something about theft, when it was in their power all the time to make the kill switch happen

but great point for IT professionals. Don't wait, do it now.

>> That said, enterprise IT doesn't need to wait. IT professionals should already have policies in place to protect their devices and data. Every employee should be using passwords, and every device that has a "find/lock my phone" feature should have it enabled.

What would you recommend for SMBs and other companies with small or outsourced it?
Reply  |  Post Message  |  Messages List  |  Start a Board

My iPad was stolen last year, and I was told by Apple staff at the local store that the tablet was useless to the thieves because once it shut down to save energy, the only person "in the universe" who could turn it back on was the owner of the pass code, which was me.  So, if the thieves couldn't sell or pawn the iPad, and I assume the iPhones and iPods also have the same security passwords, then what value are the Apple products to thieves?
Reply  |  Post Message  |  Messages List  |  Start a Board
Page 1 / 2   >   >>
Editors' Choice
Hot Topics