100%
Tweet
Later this month Apple will push a software update to iPhone and iPad owners resolving a pesky messaging bug.

Apple is preparing to fix a problem affecting the messaging application on the iPhone and other Apple devices. iOS 8.4, expected later this month, will resolve the problem and add new features to Apple's smartphones and tablets.

Most of the Apple news this week surrounded iOS 9, which Apple will release in the fall. iOS 9 has exciting things in store for the iPhone, iPad, and iPod Touch. iOS 8.4 will be available much sooner.

[ Check out our faves from this year's Worldwide Developers Conference. Read Apple WWDC 2015: 10 Best Moments From The Show. ]

The most current version of iOS available to Apple's i-devices is 8.3. Earlier this week, Apple issued a fourth beta version of iOS 8.4 to developers. The beta makes a handful of changes, the most important of which is a resolution for the iMessage bug.

Discovered late last month, the bug will crash the Apple messaging application such that it can no longer be reopened. The bug arrives in the form of a text message with a specific string of unicode characters. "We are aware of an iMessage issue caused by a specific series of unicode characters and we will make a fix available in a software update," said Apple on May 27. The bug also impacts the Apple Watch, Mac computers, and some third-party apps. 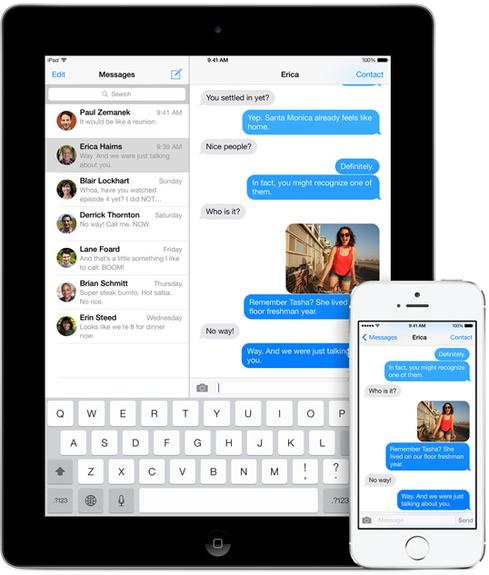 Earlier this month, Apple described a temporary work-around for the problem that involves asking Siri to read the new message. Once Siri has read the message, the app can be restored.

Apple's permanent fix for the issue was discovered in iOS 8.4 by MacRumors.

In addition to the bug fix, iOS 8.4 adds Apple Music. The beta release includes a new version of the music application ahead of the Apple Music launch. The music app has a brand new Now Playing screen as well as a new mini player. The app also shows more content in the artist section. The beta improves the music app's search function, and adds tools for managing playlists.

Apple Music is a new take on streaming music services. For $10 per month, users can enjoy an ad-free experience with unlimited access to curated playlists and global radio stations. Apple Music includes a feature called Apple Connect as well, which will allow artists to post personal content such as photos, videos, and more. Apple Connect resurrects some of the features last seen in its now-defunct Ping social network.

The final version of iOS 8.4 with the bug fix and Apple Music is set to arrive June 30.

Eric is a freelance writer for InformationWeek specializing in mobile technologies. View Full Bio
We welcome your comments on this topic on our social media channels, or [contact us directly] with questions about the site.
Comment  |
Email This  |
Print  |
RSS
More Insights
Webcasts
Effective Cyber Risk Assessment and Measurement
Get Your Security Tools Talking for More Effective Incident Response
More Webcasts
White Papers
2020 Gartner Market Guide for Network Detection & Response
How You Can Evaluate Your Org's Cybersecurity Readiness
More White Papers
Reports
The State of IT Operations and Cybersecurity Operations 2020
Collective Offense Calls for Collective Defense
More Reports

They should thoroughly hard test and soft test their versions before releasing them. Why don't companies do it? They release an update and wait for user feedback, but they never develop a version keeping current user wants in mind.
Reply  |  Post Message  |  Messages List  |  Start a Board

iOS 8.4 fix is a good news. The bug fix itself may seem to be a minor  thing but it's important for end users. The iMessaging is usable without this fix but the UX is not perfect. Apple is doing the right thing to address customer's pain point.
Reply  |  Post Message  |  Messages List  |  Start a Board
Editors' Choice
Hot Topics