Apple is reportedly planning to offer iPhone, iPad, and Apple Watch users a choice of removing some of the default apps that come with its iOS, possibly as soon as iOS 10 is announced.

When Apple unveils its new iOS 10, which is expected to happen at the company's World Wide Developers conference in June, iPhone, iPad, and Apple Watch users may finally get a long-standing pet peeve addressed.

The iconic computer and device maker is reportedly planning to give users a choice on removing some of the default apps found in iOS, according to AppAdvice.

Buried in the iTunes metadata, Apple over the past few weeks has added an "isFirstParty" and "isFirstPartyHideableApp" keys to every app in its App Store, the report noted. 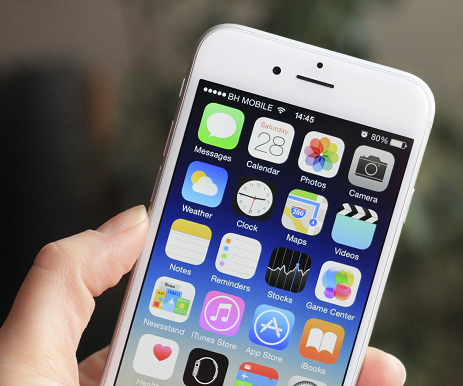 It's a development that may have been in the works for at least eight months or longer. Back in September, Apple CEO Tim Cook told BuzzFeed News that Apple was "looking at" allowing users to remove unwanted default apps.

"This is a more complex issue than it first appears," Cook told the publication. "There are some apps that are linked to something else on the iPhone. If they were to be removed they might cause issues elsewhere on the phone. There are other apps that aren't like that. So over time, I think with the ones that aren't like that, we'll figure out a way [for you to remove them]. ... It's not that we want to suck up your real estate; we're not motivated to do that. We want you to be happy. So I recognize that some people want to do this, and it's something we're looking at."

In January, the Apple Configurator 2.2 beta that is made available to both the business and education markets allowed users to hide a number of apps like Stocks, Reminders, and Tips if they were using iOS 9.3 or later versions, according to AppAdvice.

While having the ability to remove unwanted native iOS apps is expected to be appreciated by a number of users, others of them have found a manageable workaround by creating a folder to hide all the undesired default apps.

Another workaround is featured on a YouTube channel by videosdebarraquito, which shows how to hide iOS apps in invisible folders.

So, for folks who can't wait for the Apple iOS 10 announcement to roll around, the YouTube demo may work out just fine.

Dawn Kawamoto is an Associate Editor for Dark Reading, where she covers cybersecurity news and trends. She is an award-winning journalist who has written and edited technology, management, leadership, career, finance, and innovation stories for such publications as CNET's ... View Full Bio
We welcome your comments on this topic on our social media channels, or [contact us directly] with questions about the site.
Comment  |
Email This  |
Print  |
RSS
More Insights
Webcasts
Protecting Your Enterprise's Intellectual Property
How Elite Analyst Teams are Transforming Security with Cyber Reconnaissance
More Webcasts
White Papers
The 2020 Duo Security Trusted Access Report
The State of Threat Detection and Response
More White Papers
Reports
2020: Threats in Review
2021 Top Enterprise IT Trends
More Reports

More Informa Tech Live Events
Building the SOC of the Future: Next-Generation Security OperationsMaking Cybersecurity Work in Small and Medium-Sized BusinessesROI and Beyond for the Cloud