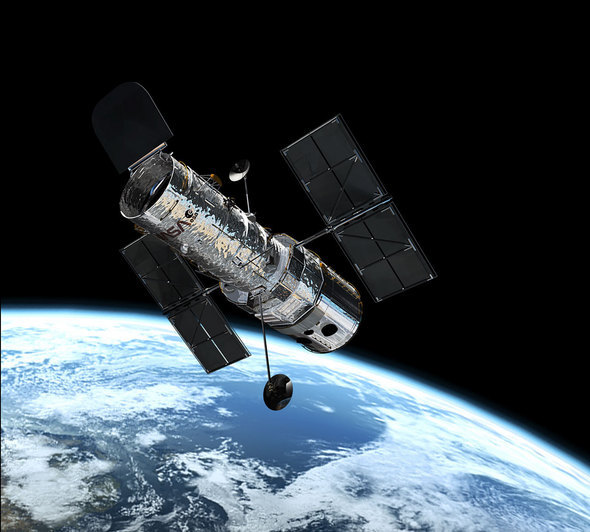 The Hubble Space Telescope is one of the most productive scientific instruments ever built. The observatory launched in 1990 as a joint project between NASA and the European Space Agency (ESA). Since then it has been supplying scientists with invaluable data and images of stars, planets and galaxies. The latest findings from Hubble, released last week, go 2.5 billion years further back in cosmic time than before, providing the most comprehensive view of the universe yet.

Astronomers now are able to see the shapes, sizes and colors of galaxies over the last 80% of the universe's history, thanks to newly obtained observations from Hubble's Cosmic Assembly Near-infrared Extragalactic Legacy Survey (CANDELS). The latest study found that the Hubble Sequence, a method used to categorize galaxies into a variety of different forms, can be applied as far back as 11 billion years ago. According to the ESA, larger samples of panchromatic images from CANDELS confirm that even the oldest galaxies fit into the different classifications of the sequence.

The long-term, space-based Hubble observatory collects data, or spectra, and takes pictures as it circles the Earth at 17,500 miles an hour. From its vantage point, it can observe near-infrared and ultraviolet light, which puts ground-based telescopes at a disadvantage. Also, unlike ground-based telescopes, Hubble's primary mirror measures seven feet, allowing it to gaze deep into space with clarity. Astronomers achieved their latest discovery by using Hubble's Wide Field Camera 3 (WFC3) to look in the infrared part of the spectrum to analyze a larger number of these galaxies.

"The huge CANDELS data set was a great resource for us to use in order to consistently study ancient galaxies in the early universe," said BoMee Lee of the University of Massachusetts, who is the lead author of a new paper exploring the sequence. "And the resolution and sensitivity of Hubble's WFC3 is second to none in the infrared wavelengths needed to carry out this study. The Hubble Sequence underpins a lot of what we know about how galaxies form and evolve -- finding it to be in place this far back is a significant discovery."

During its 20 years in space, the Hubble Space Telescope has made more than 930,000 observations and captured over 570,000 images of 30,000 celestial objects. These observations have produced more than 45 TB of data. On average, the 24,500-pound, 43.5-foot-long telescope generates more than 360 GB of data each month. The data has been used as a basis for more than 8,700 scientific papers, making Hubble an extremely valuable scientific tool.

Keep reading for Hubble's detailed images that teach us about galaxies 11 billion years ago.

Those who knock government workers ought to be reminded that a lot of the credit for the ability to capture these kinds of images/ideas goes to scientists and engineers who guess what, are government employees.
Reply  |  Post Message  |  Messages List  |  Start a Board

And to think we were going to allow it to die a few years back and drop into the ocean. I am so glad that did not happen.
Reply  |  Post Message  |  Messages List  |  Start a Board
Editors' Choice
Hot Topics