Taking your phone overseas is fraught with peril. The risk to your wallet is significant, and I'm not talking about pickpockets. Carriers often charge loathsome and usurious fees when you bring your phone to another country, leading to bill shock upon return. Further, network operators sometimes limit international roaming speeds so that using your phone abroad is nearly futile. Project Fi from Google tackles these pain points anew thanks to a partnership with international carrier Three.

In the US, Project Fi operates on Sprint, T-Mobile, US Cellular, and WiFi. The service is able to dynamically connect to whatever offers the strongest, fastest signal thanks to some special voodoo magic from Google. Most of the time Project Fi connects to speedy LTE. Until now, that hasn't been the case overseas. Project Fi functions in other countries thanks to roaming agreements, but was often limited to 2G speeds. 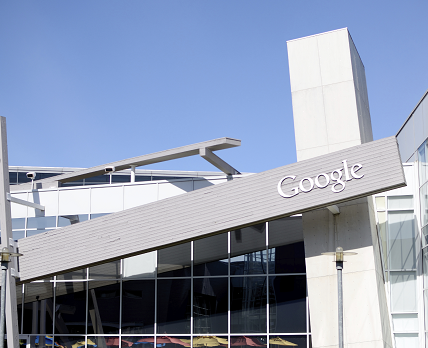 Google has added Three to the Project Fi network. Three is a UK-based provider that offers service across Europe. When Project Fi subscribers travel to a country where Three offers service, they'll connect to Three's 3G or 4G network. Google says users should see a dramatic improvement in performance with speeds 10 to 20 times faster than before.

The cost for using Project Fi internationally is exactly the same as it is in the US: $10 per gigabyte. Project Fi subscribers won't be hit with roaming charges, access fees, or other bunk when using their phones overseas.

Moreover, Google refunds customers for the portion of data they don't use. For example, if you pay $20 for 2GB per month, but only use 1.6GB, Google will refund your account $4 for the unused 400 MB.

"Leaving home shouldn't mean leaving connectivity behind," said Google in a blog post. "With the addition of faster speeds and more countries for the same fair price, we're one step closer to making your phone as easy to use abroad as it is at home."

There is one big catch: Project Fi requires a Nexus smartphone. The service works with the Nexus 6, Nexus 5X, and Nexus 6P. For a limited time, Google is offering those who activate Project Fi service $150 off the Nexus 6P.

Eric is a freelance writer for InformationWeek specializing in mobile technologies. View Full Bio
We welcome your comments on this topic on our social media channels, or [contact us directly] with questions about the site.
Comment  |
Email This  |
Print  |
RSS
More Insights
Webcasts
What We Can Learn from Sports Analytics
Strategies for Success with Digital Transformation
More Webcasts
White Papers
All In, Online Gaming & Gambling
ROI Study: Economic Validation Report of the Anomali Threat Intelligence Platform
More White Papers
Reports
Assessing Cybersecurity Risk in Todays Enterprises
2021 Top Enterprise IT Trends
More Reports

This sounds like a great program. I use Verizon and their "International Data Plan" is quite expensive so i use wifi unless i can get the usage expensed. Wifi is certainly available but it really is quite slow and unreliable in Europe which is surprising and disappointing. Thankfully the speeds are getting a little better as time goes on but it is not usable for business purposes. Too bad this program is restricted to those two phones in the article.
Reply  |  Post Message  |  Messages List  |  Start a Board
Editors' Choice
Hot Topics