Project SkyBender joins the ranks of Google's Project Loon and Facebook's efforts to provide super-fast WiFi from drones and other airborne vehicles.

Google is expanding its ambitions for WiFi in the sky with Project SkyBender, which aims to deliver 5G wireless Internet from solar-powered drones, according to a report in The Guardian.

The project, now undergoing trials at New Mexico's Spaceport America, is being developed by the same team responsible for Project Loon, which employs giant floating balloons that function like WiFi hotspots in flight.

SkyBender is reportedly housed in 15,000 square feet of hanger space at Spaceport America's Gateway to Space terminal, built for the delayed Virgin Galactic space tourism venture. The facility, designed by business mogul Richard Branson, is located near the New Mexico town of Truth or Consequences.

According to The Guardian, to get millimeter wave working from a high-flying drone, Google is testing focused transmissions from a so-called phased array using a new solar-powered drone called Centaur, in addition to drones made by Google Titan, a division the company formed when it bought New Mexico startup Titan Aerospace in 2014.

Google has the FCC's permission to continue its tests in New Mexico until July, The Guardian reports. 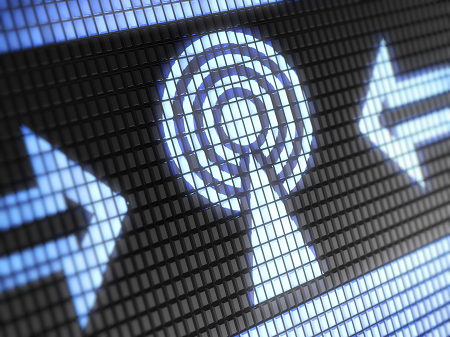 According to European Telecommunications Standards Institute (ETSI), an organization defining the standards for the millimeter wave technology, one of the many benefits to using this technology is the amount of spectrum available. There is one order of magnitude of more spectrum available in this band than in lower bands.

"The huge advantage of millimetre wave is access to new spectrum because the existing cellphone spectrum is overcrowded. It's packed and there's nowhere else to go," Jacques Rudell, a professor of electrical engineering at the University of Washington in Seattle, told The Guardian.

Back in Oct. 2014 Google filed applications with the FCC to conduct a variety of tests across a number of spectrum bands, including the 71-76 GHz and 81-86 GHz millimeter wave bands.

So far, Google's drone-based tests have encountered a few speed bumps, according to documents obtained by The Guardian, including a lack of proper materials and complaints from the Spaceport America team about component delivery issues.

Testing is going more smoothly for Google half a world away with Project Loon. The company announced in November that Indonesia's top three mobile network operators, Indosat, Telkomsel, and XL Axiata, have agreed to begin testing Loon's balloon-powered Internet capabilities over Indonesia in 2016.

Google isn't the only company working to bring the Internet to remote areas. Social media giant Facebook is also taking to the skies in an effort to spread the Web worldwide.

In August, Facebook announced it is ready to begin testing a full-scale version of its Aquila drone, one in a projected fleet of drones designed to provide Internet access to the estimated 10% of the world's population living in remote locations that have no Internet infrastructure.

The massive unmanned aerial vehicle (UAV) has a 140-foot wingspan, the width of a Boeing 737-900ER. Though its carbon-fiber structure weighs only 880 pounds, it cannot take off on its own. Facebook plans to lift it into the air using balloons.

Nathan Eddy is a freelance writer for InformationWeek. He has written for Popular Mechanics, Sales & Marketing Management Magazine, FierceMarkets, and CRN, among others. In 2012 he made his first documentary film, The Absent Column. He currently lives in Berlin. View Full Bio
We welcome your comments on this topic on our social media channels, or [contact us directly] with questions about the site.
Comment  |
Email This  |
Print  |
RSS
More Insights
Webcasts
Key technology trends in 2021 - Making these technologies work for your business
People Are The Most Important Part of Autonomous SOC
More Webcasts
White Papers
Sunburst: Impact and Timeline
Maturing Your Cloud Security Program
More White Papers
Reports
Assessing Cybersecurity Risk in Todays Enterprises
The State of Cloud Computing - Fall 2020
More Reports

Floating wi-fi access is an interesting prosepct for rual areas. I wonder how stable they will be during wind storms. I know of some rual areas in the US that could use high speed Internet and also have high, sustained winds throughout the year (40-50MPH).
Reply  |  Post Message  |  Messages List  |  Start a Board

5G means its just the 5th Generation, there's no real approved standard but it most certainly won't use 5GHz
Reply  |  Post Message  |  Messages List  |  Start a Board

5GHz frequency has a shorter range and has more distractions. Hope Google is looking at the best channel and widest coverage together with speeds.
Reply  |  Post Message  |  Messages List  |  Start a Board

Another proud project by Google, I hope the balloon project is still happening and this is taking a separate road.
Reply  |  Post Message  |  Messages List  |  Start a Board
Editors' Choice
Hot Topics