Businesses can't get enough apps. Research consultancy Gartner last year predicted that by the end of 2017, demand for mobile app development services will grow at least five times faster than internal IT groups can deliver them.

451 Research, another consultancy, surveyed 480 IT professionals last fall and found that more than half of respondents plan to deploy 10 or more enterprise mobile apps in the next two years. Back in 2014, Gartner found that the majority of organizations had developed and released fewer than 10 apps, with many having not released any apps at all.

Amid this growing willingness to invest in enterprise apps, organizations are looking for ways to manage them. Gartner recently noted that its clients have shown rising interest in tools to manage mobile applications.

For many organizations, such tools may be found in enterprise mobile device management (MDM) products like AirWatch and MobileIron. But according to Gartner, some companies prefer to use a mobile application management (MAM) tool that's separate from the software used for mobile device management (MDM). The firm predicts that by 2018, 30% of organizations will have at least two tools for MAM to cover various mobile app usage scenarios. 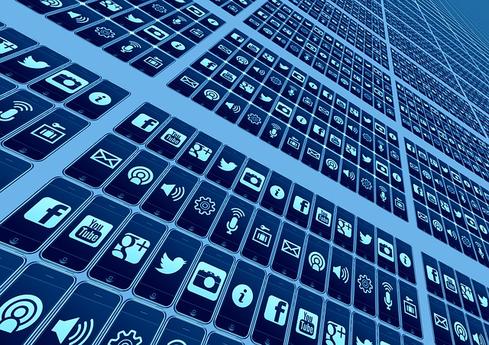 Pricing has something to do with this preference. Stand-alone MAM tends to cost less per user than MDM licensing, Gartner suggested in a March 15 market guide. But there's more to it than that. MAM offers a way to manage applications and their data on unmanaged devices. Ultimately, the data has far more value to companies than the device. Data breaches can cost millions of dollars. Replacing phone hardware costs a few hundred dollars, more or less, excluding IT setup time.

For organizations focused mainly on employees, MDM may be sufficient. But firms that deal with outside contractors or other non-employed personnel may not have access to outsiders' devices. And denying those outside the organization access to important mobile apps may create more problems than it solves. That's where it begins to make sense to manage software rather than hardware.

While some organizations may be able to replace MDM with MAM, the two approaches can also co-exist, as they do at Emory University and Emory Healthcare in Atlanta, Georgia.

In a phone interview, Stephen Wheat, chief IT architect at Emory, said that about 99% of the devices in his organization deals with are user-owned. "With 25,000 devices on our network, we adopted Apperian for our MAM approach," he said. "One of our primary concerns was that many people would refuse to place their devices under management."

Another issue, Wheat said, was that most MDM platforms require customers to develop apps using vendor-specific APIs to make things work. "We don't want to do that," he explained.

That doesn't mean Emory has gotten rid of MDM, however. About 300 devices used for kiosks, for museum visitors, and in clinical settings are managed through AirWatch. And once Emory finishes rolling out its first app to 16,000 employees, Wheat said, it plans to expand its MDM usage for clinical apps that work on Emory Healthcare hardware like iPads, which workers wouldn't be expected to provide.

MAM may also be useful for companies seeking to meet European compliance requirements, such as limitations on employee tracking via GPS and full-device wipes. "Customers are saying, 'We have MDM, but the problem is we need to turn off so many features to comply with privacy laws that it's not useful anymore,'" said Day.

"Even knowing what apps someone is running, many people feel is an invasion of privacy," Mark Lorion, chief product officer at Apperian, told InformationWeek in a phone interview. "It's really the company's apps and data that should be controlled."

Thomas Claburn has been writing about business and technology since 1996, for publications such as New Architect, PC Computing, InformationWeek, Salon, Wired, and Ziff Davis Smart Business. Before that, he worked in film and television, having earned a not particularly useful ... View Full Bio
We welcome your comments on this topic on our social media channels, or [contact us directly] with questions about the site.
Comment  |
Email This  |
Print  |
RSS
More Insights
Webcasts
Making XDR Work in Your Enterprise - May 12
Multi-Cloud Data Management for Modern Applications
More Webcasts
White Papers
Brand Protection During a Global Pandemic
2020 Digital Transformation Report
More White Papers
Reports
Planning Your Digital Transformation Roadmap
The Need for Speed: Second Generation EDR
More Reports