AT&T executives have been getting uncharacteristically personal, in efforts to emphasize to employees the need to push themselves and keep learning as the company moves toward 5G and beyond.

The tremendous effort of rolling out a 5G network while continuously sustaining and improving on it means AT&T will need all hands on deck -- and it will need those hands learning new tricks. This is a delicate message and the kind inclined to turn off or scare older employees.

Which is why AT&T is trying some new strategies: modesty, humility, and transparency.

AT&T Chief Strategy Officer John Donovan last March gave a presentation to AT&T employees around the world that included footage of his mother and details about his childhood, including that he was the youngest of 11 children and his father died when he was still a very young man, The New York Times wrote in a Feb. 13 article.

Donovan's goal, in getting personal, was to get each employee to "imagine yourself in different circumstances, then to persevere in getting there," said the report. (Donovan told the Times he found the exercise terrifying and the very human responses that continue to result from it, "kind of overwhelming.")

In a companion piece the Times ran the same day, Chairman and Chief Executive Randall Stephenson, a man who comes across, at least to some reporters, as guarded and reserved, to say the least, is framed as the indoorsy little brother in an Oklahoma cattle-world family, whose outdoorsy big brother pulled some strings to get him a job at the phone company where he worked. 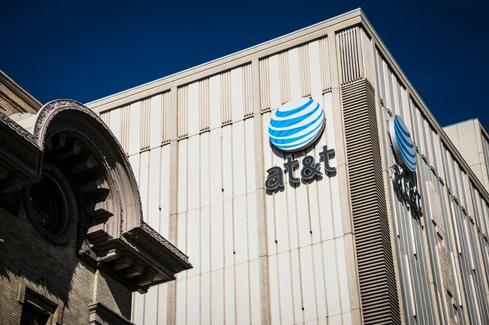 The other part of the AT&T strategy -- in conjunction with the humility and transparency -- is an aggressive corporate education program that AT&T began offering two years ago, to get employees up to date and to keep them learning.

"There is a need to retool yourself, and you should not expect to stop," Stephenson told the Times.

Still, the report somewhat softens the blow of the education initiative by framing it against Stephenson's brother who, now 57 years old and still fixing decades-old AT&T copper lines in his home state, has no intentions of taking online courses. And isn't fearing for his job.

"There will be people turning screws and digging trenches. I'll be long gone before that is over," he told the Times.

Far from a one-off class, AT&T's vision -- summed up in a Vision 2020 initiative -- is for employees to spend five to 10 hours a week in online learning, for which AT&T will reimburse $8,000 a year in tuition. Without continual learning, they risk becoming obsolete -- and so does AT&T.

"We are becoming a software company," Donovan said in a blog post last March, explaining the pace, and the new toolsets and capabilities AT&T needs to sustain its move into 5G and beyond.

Collaborations will also be necessary.

AT&T announced Feb. 12 that, beginning in the second quarter, it will work with Intel and Ericsson to develop 5G solutions, which are expected to deliver speeds 10 to 100 times faster than 4G LTE. AT&T says it hopes to begin testing the technology sometime this year.

While today video is the biggest bandwidth hog, emerging technologies including virtual reality, self-driving cars, and advanced robotics will further the demand for -- and test -- super high-speed, software-based networks.

At the Mobile World Congress tradeshow, beginning in Barcelona Feb. 22, Nokia Bell Labs plans to demonstrate how 5G applications and capabilities will run over its network infrastructure, it announced Feb. 9. These will include demonstrations of interactive virtual reality, with a 1-millisecond latency; a 5G stadium experience; and a show of how manufacturing will use robots connected over a 5G network.

Michelle Maisto is a writer, a reader, a plotter, a cook, and a thinker whose career has revolved around food and technology. She has been, among other things, the editor-in-chief of Mobile Enterprise Magazine, a reporter on consumer mobile products and wireless networks for ... View Full Bio
We welcome your comments on this topic on our social media channels, or [contact us directly] with questions about the site.
Comment  |
Email This  |
Print  |
RSS
More Insights
Webcasts
Data Center Network Operations (NetOps) Reimagined
How the Rapid Shift to Remote Work Impacted IT Complexity and Post-Pandemic Security Priorities
More Webcasts
White Papers
Get Continuous Visibility to Active Directory Exposures and Live Attacks
A New Take on Cloud Shared Responsibility
More White Papers
Reports
We Need Your Input: Trends in Workforce Optimization
Gartner Market Guide for Insider Risk Management Solutions
More Reports
Copyright © 2021 UBM Electronics, A UBM company, All rights reserved. Privacy Policy | Terms of Service