Smart-home products startup August wants to own your front door.

HomeKit is Apple's home automation framework. The use of HomeKit gives Apple devices a standardized method to configure, communicate with, and control linked hardware in the Internet of Things (IoT). For example, users can control their August locks by telling Siri to lock, unlock, or check the status of their doors at any time or to even activate other smart-home devices. 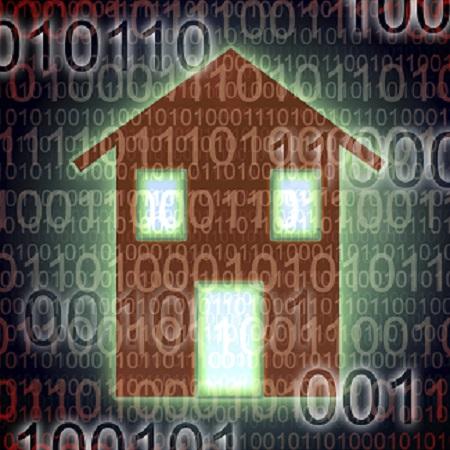 With the August app for iOS and Android, customers discover and sign up for new services and then control and monitor what is delivered to their homes. Partners for this program at launch include Sears, Postmates, Pro.com, Handy, Fetch! Pet Care, Shyp, BloomNation, Envoy, Rinse, HelloAlfred, Wag!, Pillow, and Doorman.

Yves Béhar, cofounder of August, said in the announcement that the new products and third-party services created by the company were "designed not just to provide a delightful experience but to remove the friction that currently exists with home access and transform the way people interact with their homes."

The platform is still in beta with expected delivery in six to eight weeks, but it is available for pre-order now on August.com, BestBuy.com, and Amazon.com. The company also says that select products will also be available from Apple.

[Read about why Apple's HomeKit might be an innovation killer.]

However, August must give people a valid reason to unlock their homes, not merely provide the ability to do so. That is why the company is trying to build a trusted partner ecosystem.

The August Smart Lock (HomeKit enabled) retails for $229, the Smart Keypad $79, and the Doorbell Cam $199. The existing August Smart Lock, which does not have HomeKit integration, is priced at $199.

In another indication that the smart-home market may be heating up, a competitor to August (and HomeKit adopter) Kwikset also announced this week a way to link multiple Bluetooth-linked Kevo smart locks with its new Kevo Plus Internet gateway. However, the company has said that the product had sold out and is on backorder.

The Kevo app, which is used in conjunction with the gateway, lets users lock or unlock their doors remotely with their iPhones. The app also lets them monitor door access and receive alerts.

Larry Loeb has written for many of the last century's major "dead tree" computer magazines, having been, among other things, a consulting editor for BYTE magazine and senior editor for the launch of WebWeek. He has written a book on the Secure Electronic Transaction Internet ... View Full Bio
We welcome your comments on this topic on our social media channels, or [contact us directly] with questions about the site.
Comment  |
Email This  |
Print  |
RSS
More Insights
Webcasts
Now That Ransomware Has Gone Nuclear, How Can You Avoid Becoming the Next Victim?
Securing Active Directory the Way it Deserves
More Webcasts
White Papers
SOC 101
2020 Trends to Watch: Cybersecurity
More White Papers
Reports
The New Face of IT Automation
State of Cybersecurity Incident Response
More Reports

"I would think motion detection (comparing two frames from a camera and looking for a change) would be useful. Or just watch them directly in your house."

Larry, thanks for this. I think the best way is IP based remote web monitoring using IoT based sensors or CC Tvs.
Reply  |  Post Message  |  Messages List  |  Start a Board

I would think motion detection (comparing two frames from a camera and looking for a change) would be useful.

"Yes, someone has to alert the chain there is a problem"

Larry, any other mechanism for monitoring like CC Tv with these service level people or using IoT based sensing system for remote monitoring etc.
Reply  |  Post Message  |  Messages List  |  Start a Board

Yes, someone has to alert the chain there is a problem
Reply  |  Post Message  |  Messages List  |  Start a Board

"If there is a bad actor in the chain of trust, the chain itself may remove the link and repair damage caused by it."

Larry, that's interesting. But how? Unless and until someone has to register a compliant for that; am I right.
Reply  |  Post Message  |  Messages List  |  Start a Board

There are ways to correct it.

If there is a bad actor in the chain of trust, the chain itself may remove the link and repair damage caused by it.
Reply  |  Post Message  |  Messages List  |  Start a Board

"They have ecosystem partners in their program like Sears and others. So they have developed their own chain of trust."

Larry, ok that's fine. Its matter of trust and obliviously someone may be there to spoil it
Reply  |  Post Message  |  Messages List  |  Start a Board

They have ecosystem partners in their program like Sears and others.

So they have developed their own chain of trust.
Reply  |  Post Message  |  Messages List  |  Start a Board

"Well, someone with overwhelming force can bypass physical security. With the camera, you at least get some idea of who did it and can use that to chase the perps down."

Larry, that's right. but thieves or hackers are much intelligent either to bypass cameras or fake them with different masks.
Reply  |  Post Message  |  Messages List  |  Start a Board

"Right, you can let "trusted" service providers in when you are not at home with this."

Larry, who is trusted? If the service providers are new to the market or customer; then how can be categorize them as trusted OR Not.
Reply  |  Post Message  |  Messages List  |  Start a Board
Page 1 / 2   >   >>
Editors' Choice
Hot Topics