Apple reached its 40th anniversary this month, no mean feat in a tech industry littered with the names of long-gone giants. Here's a look at the 12 products that defined the company, and changed what we know as computing in the process. 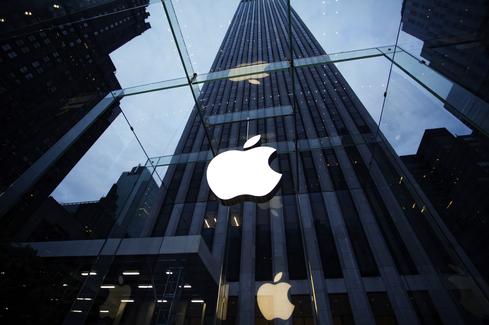 Apple celebrated 40 years of existence on April 1. It's a significant anniversary in any industry (and the ruby anniversary, if you're a traditional sort), but it's especially meaningful in an industry like computers. The list of companies that have come and gone since April 1, 1976, is long and contains names that were once absolute titans of the industry.

Apple's survival was not always a given. There have been several points in its history at which it was all but given up for dead by industry pundits. Even now, when it remains one of the larger corporations on the planet, there are plenty of people scrambling to be the first to write its obituary.

An anniversary like this is replete with publications writing about the major milestones in the company's history, and who am I to buck a trend? Instead of looking at major moments, though, I thought I'd look at 12 major products that have defined the company's history. Each has had a role to play in making the company what it is today.

My goal here isn't to catalog every product Apple has released, or even every product that has had (or could have) a major impact on the company and its customers. There have been storage products and networking products, lots of software, and even complete platforms (Apple Watch) that aren't here.

Check back in another 10 years to see whether the world has changed enough to warrant their inclusion.

Curtis Franklin Jr. is Senior Analyst at Omdia, focusing on enterprise security management. Curtis has been writing about technologies and products in computing and networking since the early 1980s. He has been on staff and contributed to technology-industry publications ... View Full Bio
We welcome your comments on this topic on our social media channels, or [contact us directly] with questions about the site.

Thank you for this round of Apple products. All of them have contributed in one way or another to the evolution of software, harware, and innovation in computers and other devices.

Apple will never stop to innovate. People who demand a totally new product each year are wrong. Innovation doesn't work that way. Continuously improving devices and keeping a strong security are valid to me to show that, in my opinion, Apple products are the best.

Who determines the ratio innovation-time? And why? You read complains, but never reasons and explanations. The process of innovation takes time, analysis, testing, and involves even more than that before a new product can be launched to the market.

It's a bit of a shock to realize that this year marks the fifth anniversary of Steve Jobs's death. Time really flies.

Do you know what InformationWeek needs? Auto-save. It's not such a big deal when you have to rewrite a line or two when your post has disappered. But after investing about 45 minutes in thinking and writing a quite long comment to lose it right before clicking on "post" button you wonder if you were able to reproduce just the same.

I'll try. I'll try after a cup of tea. :( Sorry. I needed to vent this little frustration.