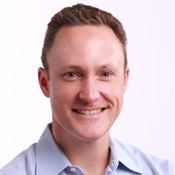 Sometimes limits are the mother of innovation, as Ancestry.com learned in the process of developing and improving its app within the strictures of app marketplaces.

20 Great Ideas To Steal In 2013
(click image for larger view)
The Ancestry.com mobile app for Apple's iOS and Google's Android are among the most successful in a marketplace crowded with more than 1.6 million competitors. I define "success" in this case by the app's sustained appearance on both "top apps" and, more importantly, "top grossing" lists. Our mobile app was among the first, and the few, approved by Apple for automatic renewal. To date, the Ancestry mobile app has been downloaded more than 9 million times.

Part of the appeal, of course, is the irresistible nature of discovering who you are by researching and sharing family history on the go. The rest is the result of hard-earned lessons in engineering and design developed by working with the Apple and Google mobile platforms, and with millions of users to determine which features people value in a mobile app and how to convert enthusiasm into subscribing and becoming part of the service -- all while living within the guidelines of the Google and Apple standards. Here are five tips that our mobile team has learned along the way:

1. Relax -- sometimes it's OK to give up control and play by the big boys' rules.

It's Apple's and Google's world. Mobile app developers just live in it. Apple and Google make the rules, and developers must be flexible because the rules likely won't mesh perfectly with your business model. For example, it's a fact of life in the App Store or the Play Store that Apple and Google control the customer relationship when in-app purchases are made. Developers have limited control over the conversion and churn process, and all auto-renewals and cancellations must run through the App Store or the Play Store. Additionally, they do not allow users to upgrade midsubscription.

[ Not so fast: Let some ideas simmer. Read Innovation Begs For A Crock-Pot, Not Blender. ]

Deal with these challenges by amping up idea generation. For example, in an ideal world, we'd be able to link mobile users back to our main mobile website from the app to allow people to upgrade to higher-end packages. A desktop user tracing her family's history in the United States using a U.S.-only subscription might buy a global upgrade to take the search back to the years before the family came to America. The problem is, linking back to one's website from an app is verboten in the Apple world. To work around this, we developed the concept of an in-app "single record purchase," which allows users to access a historical record from a higher-cost subscription tier without having to wait for their current subscriptions to end.

2. Plan up front how you'll handle reporting, because existing reports may not be specific enough.

Google and Apple provide rolled-up monthly data on new subscribers, renewals and cancellations. This is a good starting point, but it can be difficult to do the kind of pinpoint marketing business users want. To get to know your customer and measure the successes of a subscription-based mobile app, you need more information than Apple and Google provide. The payoff is that you can develop strong marketing tactics and truly understand the drivers behind conversion and cancellation rates.

Our mobile team found that a third-party analytics service, such as Omniture or Flurry, can provide additional visibility into how the app is performing. It's imperative to identify your conversion funnel and ensure that proper tracking is in place at each step of the funnel, which will allow for better identification of where users are dropping out and yield insights into how to optimize the flow. For example, our mobile app previously required users to register before trying out the app. But we've found that many users dropped out at the registration page without ever experiencing what we have to offer. As a result, we pushed back the registration wall to allow more users into the app, and the result was a significant increase in conversion.