Tech giants Microsoft, Facebook, and Google parent company Alphabet will file a joint brief to support Apple in its battle with the FBI.

Redmond has left no room for interpretation in its stance, which it shared in a congressional hearing on Feb. 25. The hearing addressed the need for new legislation to govern privacy, security, and the role of law enforcement amid the rise of online cloud services, Bloomberg reported.

Microsoft plans to file an amicus brief in support of Apple next week, said Smith. Amicus briefs are legal documents filed by non-litigants with strong interest in an appellate court case, for which they wish to provide additional information or arguments. 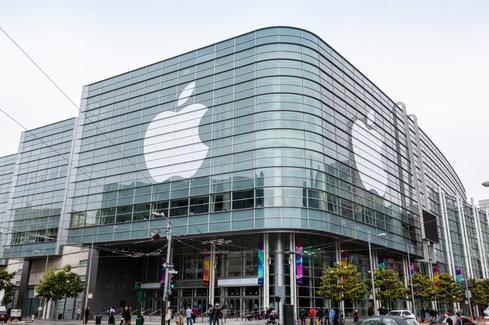 Apple is facing off against the FBI, which has ordered the tech giant to create access to an iPhone 5c used by a suspected terrorist in the Dec. 14 San Bernardino attacks. The demand would require Apple to weaken its own security measures with a new version of iOS so the FBI can guess the passcode without erasing the iPhone's data.

CEO Tim Cook has openly rejected the demand. In doing so, he has kicked off a nationwide debate over the importance of national security versus the protection of individual privacy.

Microsoft isn't the only tech company siding with Cook. Citing sources familiar with the companies' plans, the Wall Street Journal reported Facebook and Alphabet, parent company of Google, will unite with Redmond in filing the joint statement to support Apple.

The WSJ report also mentioned that Twitter intends to file a statement in support of Cook's argument; however, it is unclear whether it will join the other companies in filing a combined motion.

The FBI is building its case against Apple using the All Writs Act, a statute that allows courts to issue orders mandating people to do things within legal limitations.

Smith arrived at the Feb. 25 hearing prepared for this argument. He reportedly pulled out a 1912 adding machine while giving a statement to emphasize the age of the law being used against Apple.

"We do not believe that courts should seek to resolve issues of 21st century technology with a law that was written in the era of the adding machine," said Smith, according to the Seattle Times.

Given the latest development, it seems many tech leaders agree. However, some are less firm on their opinions.

Microsoft cofounder and CEO Bill Gates was comparatively tepid in his stance, which he shared during interviews this week.

Gates claimed Apple is refusing to provide information it already has. Further, he said the FBI is not asking Apple to create a "backdoor" into its products; rather, it's requesting access to a specific set of information.

When confronted with headlines shouting his support for the FBI, Gates said such reports don't state his views on the matter. "The courts are going to decide," he said, noting now is the time for a discussion on the balance of government knowledge and personal privacy.

While this is one specific case, as Gates said, a win for the FBI could set a troubling precedent. A recent Apple legal filing reveals law enforcement has attempted to force Cupertino to unlock at least 12 iPhones in nine other cases.

Microsoft's Smith also acknowledged the potential for the Apple vs. FBI case to set a precedent, noting how "every case has implications for others."

As the debate unfolds, Apple is working to strengthen the security of the iPhone and make it even tougher to hack.

Kelly Sheridan is the Staff Editor at Dark Reading, where she focuses on cybersecurity news and analysis. She is a business technology journalist who previously reported for InformationWeek, where she covered Microsoft, and Insurance & Technology, where she covered financial ... View Full Bio
We welcome your comments on this topic on our social media channels, or [contact us directly] with questions about the site.
Comment  |
Email This  |
Print  |
RSS
More Insights
Webcasts
How Elite Analyst Teams are Transforming Security with Cyber Reconnaissance
Making Cybersecurity Work in Small and Medium-Sized Businesses
More Webcasts
White Papers
How to Prioritize Risk Across the Cyberattack Surface
How to Compete in Financial Services IT
More White Papers
Reports
Special Report: Understanding Your Cyber Attackers
2020 State of Cybersecurity Operations and Incident Response
More Reports

> Bill Gates is the most recognized name in the world.

There's a big difference between providing subpoenaed customer information and breaking your encryption.  Not at all the same thing, Bill.  Stick to curing malaria.
Reply  |  Post Message  |  Messages List  |  Start a Board

Agreed - it is beyond comprehension that someone can't hack that phone. I swear this sounds like more of a publicity stunt than anything else...
Reply  |  Post Message  |  Messages List  |  Start a Board

Yes, I agree that it seems a bit strange that Microsoft and Bill Gates are not in sync. It might be that Microsoft's stance is related to protecting its share price and public image.

I wonder if a "Search Warrant" would be considered a balanced solution. For instance, every time the FBI requires access to a phone, it will have to seek for court authorization to the specific phone.
Reply  |  Post Message  |  Messages List  |  Start a Board

"Who knows, maybe there is a bigger agenda here. Maybe the FBI does have the drop on the iPhone and they really are encouraging these groups to use it under the guise of it being ultra secure"

@progman2000: If that really is the case, it calls for a big Hollywood movie to be made on this! story :) I agree with you here that Apple can unlock the phone if they want to. Afterall they own the hardware and software. It's about whether it's right to do so.

On a side note, in case Apple refuses to cooperate, the FBI can throw up a challenge to the hardware and software hackers of this world and challenge them to unlock the phone.
Reply  |  Post Message  |  Messages List  |  Start a Board

I thought BlackBerrys were the smartphone of choice for bad guys? Wasn't that the one claim to fame for BlackBerry, even as their business was falling apart, that they were super safe from any sort of hacking?
Reply  |  Post Message  |  Messages List  |  Start a Board

Well, I think Apple has... secured itself as the cell phone of choice from this point forward for terrorists. Nice going guys.
Apple has a long-standing cooperation with the DOJ, in complying with All Writs Act orders. The issue in this specific case, it's that Apple believes what the FBI is asking is unconstitutional, and against the law (CALEA).
Reply  |  Post Message  |  Messages List  |  Start a Board

@Progman, I was also surprised that they don't have an alternative way to get to what the FBI needs. I am curious to see how this "showdown" will play out.
Reply  |  Post Message  |  Messages List  |  Start a Board

Who knows, maybe there is a bigger agenda here. Maybe the FBI does have the drop on the iPhone and they really are encouraging these groups to use it under the guise of it being ultra secure. It's hard for me to belive they can't compromise the security of the device at all.
Reply  |  Post Message  |  Messages List  |  Start a Board

I can't imagine that Apple does not have a backdoor to get what the FBI needs. I'm a developer and I don't think I've ever seen code written where development doesn't leave themselves the ability to get at something if they need to.
Reply  |  Post Message  |  Messages List  |  Start a Board
Page 1 / 2   >   >>
Editors' Choice
Hot Topics