IoT is growing rapidly, but lingering connectivity, security, and data storage concerns will need to be resolved to guarantee its continued flourishing.

There’s no question that the Internet of Things (IoT) is going to shape the future of virtually every industry. Like the personal computer, the internet, and cloud computing before it, IoT has the potential to kickstart a massive wave of corporate change.

I’m hardly alone in my IoT bullishness: a 2017 McKinsey survey found that 62% of corporate leaders believe the IoT’s impact on their industry will be either “very high” or “transformative.” The source of this broad-based enthusiasm is no mystery. From capturing new streams of data that can be funneled into increasingly mature analytics platforms to facilitating the automation of a range of routine processes, strategically integrated IoT devices will significantly elevate many companies’ bottom lines.

However, to realize the paradigm-shifting potential of IoT, corporate stakeholders need to find solutions to three major issues that continue to stand in the way of widespread IoT adoption: adequate connectivity, device security, and excessive data storage and processing requirements.

Connectivity is the very essence of IoT. While most IoT devices are compatible with both wired and wireless connections, the latter is currently the more popular choice. Unfortunately, this popularity has created serious bandwidth concerns.

Consider this: As of 2018, there were just over 17 billion internet-connected devices in use worldwide. By 2025, this number is projected to balloon to more than 55 billion. Tripling the number of internet-reliant devices in the span of just seven years will place immense pressure on the world’s existing networking infrastructure.

Right now, 5G is the most promising solution to this connectivity challenge. The newest generation of mobile networking, 5G is a revolutionary technology that promises to provide more bandwidth and faster connection speeds than its predecessors. Encouragingly, some 5G networks are already being rolled out around the world, and 5G connectivity is likely to be widely available within a year or two.

IoT stakeholders are testing a host of other possible solutions, as well. In Russia, telecommunications companies are using low-power, long-range wide area networks to improve IoT connectivity in the remote expanses of Siberia.

Further, in certain circumstances, the strong connectivity delivered by the Bluetooth wireless communications standard will be able to lessen the burden placed on more traditional networks, though the standard’s limited range will preclude it from becoming an IoT connectivity panacea. That said, in a spatially-condensed context, such as a “smart home” ecosystem, Bluetooth represents an attractive short-term solution.

Cybersecurity is another major obstacle to IoT adoption. As a growing number of devices have come online, lawmakers, the FBI, and private cybersecurity professionals have all expressed concerns about the serious threat posed by hackers.

As things stand, the best way to bolster the security of IoT is to follow all regulations and/or advice promulgated by both lawmakers and IT professionals. This includes policies like California’s new IoT cybersecurity law, SB-327. Beginning on January 1, 2020, The Golden State will require smart device manufacturers to only offer products that have “a reasonable security feature or features that are appropriate to the nature and function of the device.”

In practice, this means IoT device manufacturers will have to either assign a unique password to each device they sell or prompt users to create their own unique password before they connect their device to a network. While this degree of precaution is only legally mandated in California, it’s the kind of protocol to which every IoT manufacturer should strive to adhere.

In many ways, data is at the root of both IoT’s connectivity and security issues. IoT produces a massive amount of data -- after all, the value propositions of many IoT devices rest with the devices’ ability to constantly monitor and interact with their environments -- and few stakeholders are adequately equipped to store and secure it.

To accommodate the influx of IoT-generated data, companies will need to find ways to increase their current server capacity. Edge computing (for example, running data through micro data centers located close to a network’s edge, will allow companies to steer roughly half of the data generated by IoT devices away from their existing data centers. But supporting a robust IoT infrastructure will inevitably require a diverse portfolio of micro data centers, traditional proprietary data centers, and on-demand cloud computing resources. 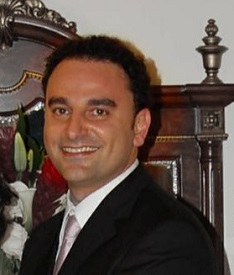 Albert A. Ahdoot is Director of Business Development at Colocation America. He leads the company's sales efforts by gathering intelligence, drafting and enforcing sales policies and procedures, and evaluating and implementing new business strategies.

The InformationWeek community brings together IT practitioners and industry experts with IT advice, education, and opinions. We strive to highlight technology executives and subject matter experts and use their knowledge and experiences to help our audience of IT ... View Full Bio
We welcome your comments on this topic on our social media channels, or [contact us directly] with questions about the site.
Comment  |
Email This  |
Print  |
RSS
More Insights
Webcasts
Detecting and Preventing Insider Data Leaks
Hybrid Cloud: The Great Balancing Act
More Webcasts
White Papers
Why Add Security to Your Skill Set and How to Do It
Definitive Guide to Endpoint Privilege Management
More White Papers
Reports
Building the SOC of the Future
Special Report: Edge Computing: An IT Platform for the New Enterprise
More Reports