Twitter CEO Dick Costollo's resignation shines a spotlight on Wall Street's lack of understanding about where we are with online media, social media, and tech in general.

6 Cool Tech Internships You Wish You Had
(Click image for larger view and slideshow.)

There are very few CEOs who show a 74% revenue increase year-over-year and then step down. Twitter CEO Dick Costolo did, claiming he was tired of the pressure from Wall Street to increase the service's user base.

I think I'd have resigned, too. It seems like a fairly unrealistic request which shows Wall Street is failing to respond to a changing online landscape.

Before I spend too much time bashing Wall Street, or defending Costolo, there are important things to know about Twitter. Despite revenue of $1.4 billion in 2014, the company lost $578 million. Although revenue was up 74% year-over-year in Q1 2015, the company missed targets. And Twitter has to face the reality that, although it has 300 million monthly users, more than 1 billion people have tried and didn't like Twitter. That's a lot of people not digging your product. 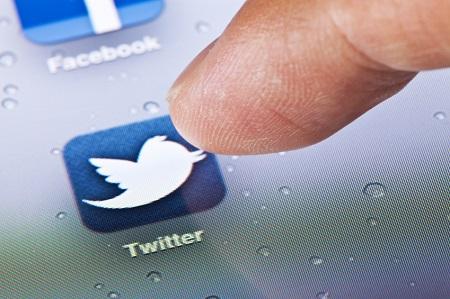 Here's the deal though: It is hard to look at increasing revenue and not see where, eventually, the lines cross and Twitter starts turning a profit. Monetizing a product and learning to stop spending like a startup aren't sexy. It takes hard work and a slowdown in your product growth.

It is hard to look at Twitter and not see a strong product. It's no longer a social platform but a media platform, a "What should I read now?" helper. I'll admit I hate the constant barrage of static on Twitter. Still, it accounts for 3.6% of the mobile Internet ad marketshare (compared to over 18% from Facebook and almost 37% from Google). The user base grew 18% in the quarter. The only critical thing one can see in these numbers is that Yahoo is poised to pass Twitter in US mobile advertising revenue. When Yahoo's comeback is better than your rise, maybe there are some problems.

[ Remember when we thought mobile marketing wasn't going to work? Read Mobile Marketing Fails To Live Up To Hype. ]

Online media isn't the Wild West anymore. The days of companies rising from nowhere and having forever growth aren't sustainable. Let's say I was the CEO of an established company in an established industry, like maybe automotive. If I said my company's revenue was up 74%, my customer base increased 18% in the last quarter, and we were the third-biggest player in our industry, I'd get a raise.

To me, this is less an indictment of Twitter or Costolo than it is of a lack of understanding about where we are with online media, social media, and tech in general. Twitter isn't a startup. It isn't perfect either. Some good changes need to be made. But Twitter is, by now, a mature company in a mature industry. And its CEO should have been treated as such by Wall Street.

David has been writing on business and technology for over 10 years and was most recently Managing Editor at Enterpriseefficiency.com. Before that he was an Assistant Editor at MIT Sloan Management Review, where he covered a wide range of business topics including IT, ... View Full Bio
We welcome your comments on this topic on our social media channels, or [contact us directly] with questions about the site.
Comment  |
Email This  |
Print  |
RSS
More Insights
Webcasts
The Experts Guide to Ransomware Response
Multi-Cloud Data Management for Modern Applications
More Webcasts
White Papers
Annual Cybercrime Report - Cybersecurity Ventures
World Wide Technology: Digital Transformation Customer Journey
More White Papers
Reports
Intelligent Outcomes Are Key to Business Resilience
The State of CCPA 2021
More Reports

@jastroff- To me the issue with Twitter being a "huge pile of data" is that the people who make the data have to want to keep inputting the data. As you mentioned yourself, Twitter is not user friendly. And it is pretty bot heavy. If I were a Twitter and the companies that like to use Twitter analytics, I'd be taking a careful look at the value of that data and how it is changing from day to day.
Reply  |  Post Message  |  Messages List  |  Start a Board
InformationWeek Is Getting an Upgrade!