The Trouble With Dashboards - InformationWeek

Gleaming executive dashboards are often based on no data whatsoever, and they tell us nothing useful.

Dashboards are all the rage. And I hate you, airline magazines, for making BigCorp's executives believe that information nirvana comes from IT dinking around with Ruby on Rails, Django, or other presentation front ends. None of them understand (a) that metrics that look "bad" are the most useful ones, (b) that useful metrics don't have to be displayed on a chrome-brushed dashboard to be useful, and (c) that data acquisition and quality control require actual hard work.

First, a confession. We put together a dashboard for a line of business under pressure from our board of directors. It looked great. It was gleaming. Shiny. And it (shockingly) actually had good, validated data behind it. But it has led to execs, when they discuss other projects that aren't nearly ready for a dashboard, saying, "We need to dashboardize that!"

If you have worked with large data analytics at all, you know how Kafkaesque that sounds. The "dashboardizing," apart from being an affront to the English language, is also not the point. The dashboard is not an end. It is a means.

Part of the problem: We have new, big data but the same dumb bosses. CEOs want to simplify ruthlessly, yet they also want to sound credible, so they need numbers, which sound like math. Math sounds complicated, so it is impressive. CEOs live for impressive.

But CEOs are also all about storytelling. They want a simple story that can be picked up by Jane Public. And they want a good story, not an ugly story.

So the problem is twofold. Execs want the dashboards to look pretty, and they also want the data to tell a pretty story.

But the metrics worth following are often ugly. The most useful areas, the areas for most improvement, are generally the areas that don't look good. These metrics are not wearing a $5,000 suit and $500 silk tie. They are not Armani. But those metrics are where the action is. 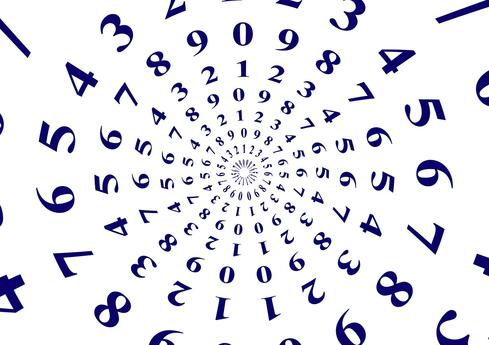 All we need to know is that a business unit is spending 6x more on cost of goods sold than every other business unit. We don't need to commission a graphic artist to show a chrome, art-deco pressure gauge that tells us that. The truth is in the numbers, which look like math, and math is hard. So, pretty, instead of math, rules the day.

The truth is that you don't need "pretty" to build an effective dashboard. An effective dashboard can be built with a 15-minute data export into Excel or Tableau, instead of plowing 120 hours of programming and design work into a dashboard that will be popular among executives for, oh, four months, at a guess.

The truth is that dashboards are the wrong celebration. They are usually used to "prove" that we are making forward progress. Look! Everything is green!

That is, everything that we have chosen to reveal to executives. Everything else is a swamp pit of doom and despair, but we choose not to reveal that, because in our Armani world of pretty dashboards, we must present the perfect picture.

The hatred of the ugly picture discourages analytical thinking. And that is oh so wrong.

Dashboards may be pretty, but ugly pictures allow us to take action to improve. And that would be oh so right.

Grumpy IT Guy avoided historic disasters and clueless people while working his way up the IT ranks, but he retained his keen sense of humor. He now leads an IT organization somewhere in America, as part of the FBI's Grump Protection Program. Need advice? Send questions to ... View Full Bio
We welcome your comments on this topic on our social media channels, or [contact us directly] with questions about the site.
Comment  |
Email This  |
Print  |
RSS
More Insights
Webcasts
Managing Your Enterprise Collaboration Platforms
Fact or Fiction? The Truth About Cloud Native Security
More Webcasts
White Papers
The Buyer's Guide to Next Generation Cloud Security Posture Management
Case Study: Leading Financial Institutions
More White Papers
Reports
Intel 471 Breach Report
Protection Strategies for a Cyber-Resilient Organization
More Reports

If top execs demand candy coating and strategy affirmation, they'll get it, I guess, but if they're good leaders who want to tackle problems and improve performance, they can get that too. As for the great big middle, the LOB execs and other poor SOBs that have to deliver on CEO promises, they have no choice but to deal with meaningful, best-possible numbers that tell them what's working and what needs improvement. It's hard to generalize about the quality of dashboards in every org. Just as with data, garbage dashboards in, garbage results out.
Reply  |  Post Message  |  Messages List  |  Start a Board
InformationWeek Is Getting an Upgrade!

Seeking a Competitive Edge vs. Chasing Savings in the Cloud Joao-Pierre S. Ruth, Senior Writer,  7/19/2021
White Papers
Enterprise Guide to Policy as Code - Design, Build, and Runtime
Are Your Managed Services Right for Your Business?
Integration Platform as a Service for Order Management Systems: Why Should You Care?
Accelerate Network Operations Efficiency with AIOps
How Secure Are Your Endpoints?