Samsung revealed details about a forthcoming smartwatch, dubbed Project Orbis, but don't expect it to use Google's Android Wear. Can it legitimacy challenge the Apple Watch?

Samsung showed off a new smartwatch this week that will see the company go head-to-head with the Apple Watch in the wearable space. The device, code-named Project Orbis, is a more refined timepiece expected to reach consumers in the fall.

Samsung is taking a chance, however, by using its own operating system instead of Google's Android Wear.

Samsung didn't fully announce Project Orbis. Instead, it released an SDK for wearables that contained the dirty details.

The chief feature of the new wearable is that it will be round, rather than square like Samsung's first half-dozen smartwatches. Project Orbis -- likely to be called the Gear A when it hits store shelves -- has a 1.18-inch screen with 360 x 360 pixels, giving it a high pixel density compared to many other smartwatch screens. 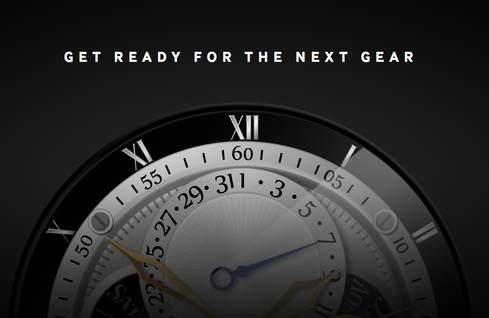 However, there are plenty of other round smartwatches.

What sets the Orbis apart is the circular bezel surrounding the screen used to navigate through the user interface. Owners of the watch can spin the bezel left and right -- sort of like spinning the crown on the Apple Watch -- to sort through different functions of the device. This will be unique to the Orbis when it reaches stores. The spinning bezel-and-UI trick is a clear shot at Apple and its hard-to-get wearable.

Samsung shared few other details about the hardware. It will have a standard list of sensors, including accelerometer, compass, gyroscope, heart-rate monitor, and pressure sensors. On-board radios will include WiFi, GPS, and some form of cellular connectivity. Samsung already offers at least one cellular-connected smartwatch, which is able to make calls and surf the Web all on its own.

Project Orbis will run Samsung's Tizen platform and not Android Wear. This is a bit of a calculated risk. Samsung has at least three Tizen-based wearables available in addition to an Android Wear device.

Performance of the watch software isn't the issue; apps are the issue.

Google says there are thousands of apps available to Android Wear devices in the Play Store. Samsung has not said how many apps are available to its Tizen devices. Surely there are some, but the numbers can't be as high as those for Google's platform. The point of this week's announcement was to get the proper tools into developers' hands in the form on a new SDK. The SDK will help app writers create apps for the Tizen watch.

[Read more about the best smartwatches.]

Will developers write for Tizen? It's third on the list, says IHS. "Going on their own path means they have to get developers on board in large numbers to make apps for Tizen," Ian Fogg, head of mobile at IHS, told CNBC. "If a developer has a choice between Apple Watch, Android, and Tizen, I can't see it being more than a third smartwatch platform to target."

Consumers probably won't much care what platform Project Orbis runs, but they will want apps. Without apps, Tizen and Project Orbis have a cloudy future at best.

Eric is a freelance writer for InformationWeek specializing in mobile technologies. View Full Bio
We welcome your comments on this topic on our social media channels, or [contact us directly] with questions about the site.
Comment  |
Email This  |
Print  |
RSS
More Insights
Webcasts
What We Can Learn from Sports Analytics
Strategies for Success with Digital Transformation
More Webcasts
White Papers
How to Prioritize Risk Across the Cyberattack Surface
The State of Threat Detection and Response
More White Papers
Reports
Special Report: Edge Computing: An IT Platform for the New Enterprise
2020 State of DevOps Report
More Reports

I'm not sure who did the eroneous screen calculation, but I just ran that bogus 1.18" screen size in my head and came up with around 430ppi. Obviously something's runnin amuk in some iDiot's calculation of with 305ppi on a 360 x 360 screen resolution. Which comes to a screen size of 1.672" screen diameter, being round instead of rectangular.

The screen is a Super AMOLED YOUM screen at the incredible density of 305ppi on such a small device... that's amazing. For reference Gear S was the only smartwatch Phone screen to get even close to that density. Whereas Apple Watch AMOLED screen (also made by Samsung.... possibly not LG like claimed by some... being they only make P-Oled screens instead) is around a 100ppi beneath that (208ppi). If it is P-OLED.... then that's very good reason it's not nearly as sharp or energy efficient as Samsung's AMOLED screens!

Keep in mind Tizen is a totally self sufficient Linux Desktop port, sporting a full Desktop Window Manager w/ all it's most productive, advanced and power efficient features. It's Window Manager (GUI) is based on the Full Enlightenment SDK (like Touchwiz now) and not simply a stripped down low end UX meant from the start to run on weak powered mobiles.

Plus this Gear A Orbis is sporting a bleeding edge Exynos HMP Multi-Core Processor. Which is basically what's going into EU's Mont Blanc HPC Cluster Super Computer Project. HMP core means it uses Heterogenius Computing Architecture and First Ever at that. So it can run all it's asynchronious cores (including GPU and CPU) concurrently for full HPC Cluster like supercomputer computation on CPU or GPU tasks. Which is what HMP (Heterogenious Multi Processor) is all about in the first place w/ concurrent multithreading operation. For true system wide multitasking like never seen before. Well except on computers like IBM Watson super computers, with Cell BE processor managment architecture!!!  ......being more akin to a neural network within our own bodies, than a simple silicon chip!

To the contrary....... the entire future of the Web rides on Open Standards. Standards only Tizen is fully prepared for in the W3C HTML 5 Web Application Framework at the very basis of Tizen's Linux Foundation supported OS. Whether Apple with proprietary iOS running on their own closed source closed application framework or Google's somewhat Open, but Closed Proprietary Services can compete has yet to be demonstrated.

Since they must both run W3C Open Standards HTML5 Applications inside basically what amounts to a Virtual Machine, inside a browser. Whereas Tizen's Application Framework runs within the kernel itself in a sandbox called a Web Widget Live in REAL TIME!!!

What that means is when Cloud Based Applications like those in Mirage OS's unikernel design get up to speed and HTML 5 actually becomes a Standard..... both Apple and Google will be left with Web Widget Apps and Xen Hypervisor Applications running totally out of their conrtrol, running on their user's devices without the ability to profit from them directly in their closed proprietary stores.

While Tizen with with being based on completely Open Standards in the place at the kernel level blows right past them both, leaving them eating their dust. Just the development of Xen Project's Mirage OS and Cloud based streamed applications, no matter which OS or Hardware you're running will bring out just how unprepared they both are for dealing with Cloud Computing on both iOS and Android!!! .....and that just about as simple as I can make it. You need to understand this one thing before you can get this through your thick brain washed skull. As IBM has said Countless Times..... "With Linux.... the FUTURE is OPEN"!!! .....certainly not closed, that's for sure! lol....
Reply  |  Post Message  |  Messages List  |  Start a Board

With its round face and rotating bevel, Gear A or Project Orbis is sleek and stylish. For mobile devices, style is almost as much a part of the purchase decision as function. I will be very curious to see how it does versus the Apple Watch. Instead of being tethered to a smartphone, it's onboard ability to connect and surf the Internet makes it distinct, does it not? Not that you're going stream Warriors vs. Grizzles or download Moby Dick to that small screen.
Reply  |  Post Message  |  Messages List  |  Start a Board

I don't know, 360x360 isn't very much. What kind of screen is it using, an amoled? If so, then it needs to be higher, assuming it's using Samsung's, because of the tech they use. At any rate, it's not high enough no matter how we look at it. With a round screen, that doesn't give enough room for much information. It will only be 360 at the very center. So far, Samsung has been unsuccessful with their smartwatches. I don't expect this to much different. Oh, Apple never had a one button interface for the old iPods.
Reply  |  Post Message  |  Messages List  |  Start a Board

Well, it's certainly nice to hear about a wearable device other than the Apple Watch for a change! I appreciate the media spectacle it's drumming up, but that stands to give wearables' profile at large a nice boost - and it's just one in a sea of devices. The 'Orbis' looks cool (and I mean that literally), but I suspect it will have the same problem as most other wearables if Samsung can't get the price down - low adoption. This in turn leads to low interest from developers (they need to see those dollar signs), low quality of apps, and lower adoption still. Considering how dependant on tethering to  an existing smartphone they tend to be, I just don't see where smartwatches fit into most consumers' budgets.

You didn't mention Bluetooth, but it looks from the early documents like we already know that the Orbis supports it. Personally, I always appreciated that those square designs offered a little extra screen real estate to open up readability of a wide variety of apps. After all, it's not really a watch, and I can't help but feel the smaller, circle screen might constrain what developers can get working within the viewing area. I'm also skeptical of interfaces that try to be what I'll call 'overly' intuitive. I was never much into Apple's "wheel" interface on old iPods. It's hard to know without seeing it for myself (and I did sign up for the SDK), but I feel like the bezel interface might, again, pigeonhole developers into just the most straightforward of apps. As you point out, that app ecosystem determines the Orbis' future, so these may be more than minor quibbles.
Reply  |  Post Message  |  Messages List  |  Start a Board
Editors' Choice
Hot Topics