NASA Technology Roadmap: A Heavenly Guide For IT And CIOs - InformationWeek

NASA's Technology Roadmap for 2015-2035 gives hints about the future of IT in your enterprise. Here's how space is changing big data, supercomputing, and other technologies. 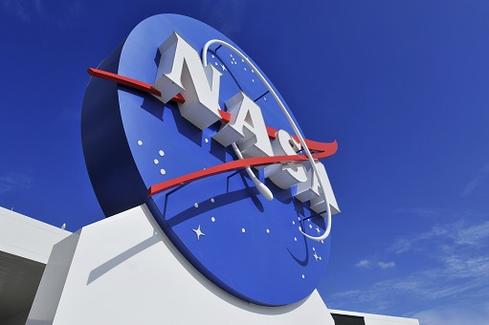 Try predicting what technology is going to look like in 20 years.

What will replace the Apple Watch or the smartphone? Whatever you say is going to be wrong. Now, try to be part of NASA, where you actually have to predict technology 20 years down the road, because a lot of what you build takes that long to invent, test, and deploy. That's what makes the 2015 draft of the NASA Technology Roadmap so interesting to look at.

NASA started this concept in 2010, and the agency published the first draft in 2012. The goal is to put out a document that projects the most important technology needs and developments of the next 20 years. The agency calls it the Strategic Technology Investment Plan (STIP). Twenty years isn't an arbitrary time. 2035 is the projected year we're going to land on -- at least orbit -- Mars.

This is the timetable President Obama set.

"By 2025 we expect new spacecraft designed for long journeys to allow us to begin the first ever crew missions beyond the Moon into deep space," Obama is quoted saying in the report. "So, we’ll start by sending astronauts to an asteroid for the first time in history. By the mid-2030s, I believe we can send humans to orbit Mars and return them safely to earth, and a landing on Mars will follow."

In other words, this is the roadmap to another planet. While many, including me, have criticized NASA for what seemed like a lack of plan recently, especially when it came to doing anything besides low earth orbit (LEO), many of the smaller low-orbit missions were designed to make commercial LEO flight cheap and reliable.

That will allow for bigger steps out in the near future.

One of the most gratifying things for InformationWeek readers is that at the very center of this technology map is IT. Not only does NASA see 24 specific IT areas that are important for it to develop, including big data, exascale computing, and cyber-security, but the agency also sees how IT touches every other part of its mission.

"The topic area of Modeling, Simulation, Information Technology, and Processing spans nearly the entire NASA mission portfolio," according to the report. "Although parts of [the IT section] are discipline-specific, most of this technology area (TA) enables future disciplinary modeling and simulation technologies as found throughout the other technology roadmaps."

Because space exploration has always influenced IT and technology in general, it is important to look at areas where NASA is focusing on in IT, robotics, and a few other sectors to help see the future of IT here on Earth. I picked 14 technologies that seem likely to have a direct impact on the datacenter in the next 10 to 20 years. I only scratched the surface of a massive document, but I think it will help CIOs and IT pros look ahead to sketch out the future of their industry for the next couple of decades to come.

Check out NASA's priorities and then tell me what you think your priorities should be while we get ready to put people on Mars.

Comment  |
Email This  |
Print  |
RSS
More Insights
Webcasts
Key technology trends in 2021 - Making these technologies work for your business
Optimizing App Performance in the Cloud
More Webcasts
White Papers
Why Add Security to Your Skill Set and How to Do It
The Infoblox Q4 2020 Cyberthreat Intelligence Report
More White Papers
Reports
Accelerate Threat Resolutions with DNS
Are We Cyber-Resilient? The Key Question Every Organization Must Answer
More Reports

@imapactnow- Well, to a certain extent, the answer is yes, some people did imagine it as they were working on it 20 years ago to make it happen about 10 years ago (give or take). But NASA has a slightly different issue. To a certain extent, they don't the bleeding edge. They need reliable, tested answers that won't blow up in space. So everything they use in 20 years needs to be developed in the next 5 to 10 (at least in a lab setting). That's why it is such a useful document fo rus to look at it. It is our nearer future.
Reply  |  Post Message  |  Messages List  |  Start a Board


I agree the broad ideas might be on target but how do we fully anticipate where technology will take us. Would any of us had imagined a tablet or smartphone 20 years ago? The implications are significant.

impactnow, you got to assume that some of the technological needs are so massive and so obvious, even looking 20-30 years ahead, that NASA can't get them wrong. And I agree with the point about hoping humans are included in the plans. Sure, space travel is risky, but no great gains in humanity have been made without risk.
Reply  |  Post Message  |  Messages List  |  Start a Board

Finally a real plan. I'm excited about the possibilities of what may come from the obstacles that currently prevent us from getting to Mars and back again. Collaborative robotics seems like it could have huge implications in hazardous work environments. Makes me glad my daughter is interested in robotics. There was so much that came from the push to get to the moon, I imagine the push to get to Mars will come up with some great things. IT solutions aside I think there may be some great water and oxygen reclaimation advances along with alternate fuel and eventually things like artifical photosynthesis. Looks like we might see some interesting developments in the next few years.
Reply  |  Post Message  |  Messages List  |  Start a Board

It's a very interesting list especially with all of the budget cuts that NASA has endured . I am fascinated that they are able to envision technology that will help them achieve these missions especially given the pace the technology has evolved over the past 20 years . Time will tell if they anticipated all that they needed or technology will expedite their plans .
Reply  |  Post Message  |  Messages List  |  Start a Board

One certain spin-off is more free energy than the planet earth can possibly use. If we just pick an area out in space where an installation will never block any sunlight that's destined for earth, we can collect the energy, change it into microwaves or laser power, and beam it down to the earth. The solar cells can be a few atoms thick because there will be few structural restraints in zero G. It may be heresy to say this on an IT website, but I hope we don't favor automatic systems over humans - even at the speed of (almost) light, it'll be a long time until anyone on earth can react to a need 10's or 100's of millions of miles away.
Reply  |  Post Message  |  Messages List  |  Start a Board

David, that's a great point about the power of NASA. Their strategic plan becomes like a number of innovation tournaments, which focus and inspire entrepreneurs and free thinkers to create the needed technology ... and then some. Just gotta hope that NASA knows what it will take to make its vision a reality, right?
Reply  |  Post Message  |  Messages List  |  Start a Board

i don't know if any of your folks saw but alongside a super top-secret unmanned shuttle which looks like it will lead the way for robotic space exploration, there was another really cool project called the Solar Sail which went up to start it's first tests.

Think of the ability to explore without the need to endanger humans, and be able to travel with just solar energy or even solar winds.  Hopefully that will inspire another wave of transportation here on the blue planet.
Reply  |  Post Message  |  Messages List  |  Start a Board

Yes, Dave, data triage is necessary as spacecraft get further from earth and encounter planets or other objects that disrupt transmissions. I still remember how everyone held their breath as the first Apollo mission to the moon last contact as it traversed the moon's dark side. Would Apollo reappear in orbit? Would contact be re-established? It seemed quite lovely when everything went according to plan. The outages we  experience as a craft orbits Mars are going to significantly longer.

@whoopty: we can create an atmosphere on NASA if technology permits us that, either that, or we live under glass domes with vegetation and colonies about, like green dots on the red planet. Soon enough we would have to add "planet of birth" to our birth certificates.
Reply  |  Post Message  |  Messages List  |  Start a Board
Page 1 / 2   >   >>
Editors' Choice
Hot Topics