Researchers have taken an important step toward a future in which we might interact with our computers without needing a mouse, keyboard, or even voice activation. Imagine if you could control your computer with your mind.

Researchers at Royal Holloway, University of London, have made a major breakthrough in understanding brain signals that may eventually lead to breakthroughs in mind-controlled computers and prosthetics that function like real human limbs. For the first time, researchers were able to study neural signals of planned actions and predict a person's movement.

If you feel like you've heard of mind-controlled computers and prosthetics before, it is because you have. InformationWeek covered an interface that allowed a paralyzed man to walk by bypassing injured pathways in his nervous system. But there is a crucial difference in this latest study.

Those previous studies interpret motor signals, the signals the brain sends to the body to make it move. This new study interprets the signals in your brain that precede movement.

The best scientific description I can find explaining the difference is from a 2014 study of these types of signals in monkeys. Basically, the 2014 study found that before we make the decision to move, we think about it. So, for instance, if you want to make a fist, your brain first thinks about whether it should make a fist, and then it sends the signals the body needs for making a fist. 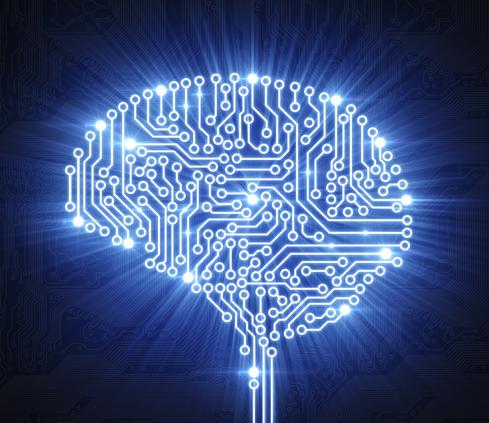 [ See how we're faring on interfaces so far on IT Life Radio: Where Virtual Reality Falls Short. ]

If we capture the intention to move, we're skipping steps and shortening the delay, making the response more natural.

The Royal Holloway researchers were able to read the signals and predict -- in the fraction of a second between intention and action -- one of three hand moves the subject would try. The study was conducted using a traditional functional MRI, which is big and bulky but not specialized equipment.

A patient in a functional MRI as part of the study.

Obviously, we're still far away from a person being able to work with a computer at the speed of thought. But this is the crucial first step for getting there. If we can take the million more steps between, we could see a world where computers and people are linked and work seamlessly without the need for peripherals of any kind except the brain connection. Better yet, we may see a world where mobility issues are a thing of the past.

David has been writing on business and technology for over 10 years and was most recently Managing Editor at Enterpriseefficiency.com. Before that he was an Assistant Editor at MIT Sloan Management Review, where he covered a wide range of business topics including IT, ... View Full Bio
We welcome your comments on this topic on our social media channels, or [contact us directly] with questions about the site.
Comment  |
Email This  |
Print  |
RSS
More Insights
Webcasts
Cybersecurity's Next Wave - What Every Enterprise Should Know
Securing and Monitoring Networks in the 'New Normal'
More Webcasts
White Papers
A Technical Deep Dive on Software Exploits
Full Body Exposure: CybelAngel Analysis of Medical Data Leaks
More White Papers
Reports
IDC FutureScape: Worldwide Digital Transformation Predictions
DNS Network Traffic Volumes During the 2020 Pandemic
More Reports

If you are reading the "I think I'll make a fist" signal instead of the directive "make a fist signal." it sound like they are bypassing the secision part. By bypassing the desicion part of the process I wonder if there could be problems of filtering. for example if your neighbor is making you angry and your body starts heading for a flight or fight response, your brain might send a signal saying "I think I'll make a fist."  Somewhere in the decision process your brain might decide that making a fist is not the best way to handel the situation, but if you're only readingthe intention, you might have already made a fist. This is it'n most neutral might result in some twitchy unintentional movements and at its worst, escalate a conflict.

That said, the fact they can read that signal at all is really cool.
Reply  |  Post Message  |  Messages List  |  Start a Board

I might have written several nonsensical books with this kind of technology. My best work happens just before I drift off to sleep. I need a mind-connected notepad to keep them intact!
Reply  |  Post Message  |  Messages List  |  Start a Board
Editors' Choice
Hot Topics