If technology can help us go back in time and solve cold cases, what other mysteries could it solve? Here are a few suggestions. 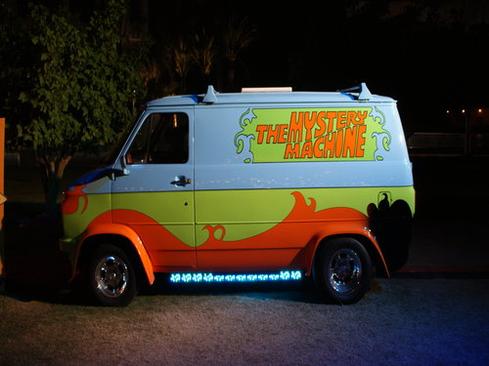 Mysteries are fun. That's one reason many of us got into technology -- so we can apply our knowledge to solve mysteries and fix problems. One of the biggest mysteries in the world was solved recently using technology.

Recently, an author and a scientist claimed they were able to use DNA evidence to prove the identity of Jack the Ripper, solving one of the world's most famous cold cases. Spawning countless movies, TV shows, and books, the Ripper case continues to capture the imagination 126 years later. (Don't see Johnny Depp's From Hell. Instead, watch Christopher Plummer's Murder by Decree.)

The case is often seen as the beginning of modern police investigation -- not because of the excellent work done on the case, but because of the lessons learned around how badly the case was handled. Evidence was badly mishandled. In fact, the big break for solving the crime came when a shawl owned by one of the victims was sold at an auction in 2007. One of the investigating police officers of the original case took the bloodstained shawl from the crime scene and, ever the romantic, gave it to his wife as a gift. Fortunately for history, she was as grossed out by it as you'd probably imagine, and she put it away in a box, where it has remained -- supposedly unwashed -- for more than a century.

DNA from both the victim and one of the original suspects in the case, Aaron Kosminski, was found on a shawl. If the evidence holds up under scrutiny (and there is quite a lot of scrutiny), we're talking about a major shift in the way technology can be used on cold cases. Technology has always been at the forefront of crime fighting -- just check out an episode of CSI. But we're talking about a 126-year-old mystery.

If technology can help us go back in time to solve extremely old cases, what other mysteries can it solve? And what kinds of technology can we use to solve them? Here's a list of the cases I'd like science to turn to next, along with some of the technologies that might be useful in solving them. They represent some of the greatest mysteries currently facing humanity, some real and others a little less so.

Check out the slideshow and let us know which mysteries you'd like to see solved.

@impactnow- When I wrote this article, I thought that was the right question to ask. And I was torn on the answer because I'm pro-science which means we investigate everything but I also like the romance of a mystery.

But this morning I realized that the question actually doesn't matter, and that's what makes mysteries cool. Think about a mystery lick the Loch Ness Monster. It doesn't matter how many times we investigate the loch and find nothing. We've dragged the lake with nets that would have surely caught anything as big as Nessie. We've used sonor to comb the whole loch. It is obvious to anyone seeing the evidence that nothing is there. But it doesn't diminish the allure of the legend.

I don't think we'll stop making Jack the Ripper movies just because DNA might have solved the case.

I doubt Amelia Earhart will become any less interesting to us if we find her plane crashed on island X or island y.

In fact, sometimes the answer to the mystery makes it all the more alluring. So I say we keep investigating. We'll always have mystery in our life.
Reply  |  Post Message  |  Messages List  |  Start a Board


I need to vote for the Sopranos and Tony, since Mr. Gandofini's sad passing last year will always leave us with an unfinished story. Maybe we could all  say good bye via solving the mystery.


My second choice would have to be what happened to Jim Morrison of the Doors the rumors are still out there.


I do think that technology will unlock many real life mysteries over the next ten years. Dave do you think some of them should not be solved, should we keep the romance of the mystery?

@jastroff- I'm sure the international team that was helping still is. what I like about the Earhart one is that it is mostly volunteer time and contributions paying for it. People just want to know. I like people who just like to know things.
Reply  |  Post Message  |  Messages List  |  Start a Board

@Alison- Wow, very cool. You'll be seeing that on the next episode of CSI, I'd suspect. I remember when checking things like your subway pass were whopping new ideas. Now, between your phone and VPN and god knows what else, they know where you are. I wonder if you could put your phone on a train or something, get off, commit a crime, drive to catch up to the train and then pick up your phone and use it for an alibi?
Reply  |  Post Message  |  Messages List  |  Start a Board

While at an earlier UBM publication, I wrote an article about various ways in which technologists solved real crimes  and it was fascinating. The story is no longer available online, but I do recall one that involved a tech person at a major networking vendor who used his knowledge of VPNs and other storage tech to create a fake alibi. Another tech person on the law and order side of the world figured it out, breaking the alibi and the husband was eventually found guilty of killing his wife.
Reply  |  Post Message  |  Messages List  |  Start a Board

@jmumford913- Very interesting. I had no idea. I suppose he could have lent it for the movie. But i like your Hitchcock suggestion as well.

Maybe it was the design for the aircraft mentioned in Hitchcock's 39 Steps.

@Terryb- Brilliant! that has to be the biggest mystery of our time. Let's invent an artificial tongue and do this!
Reply  |  Post Message  |  Messages List  |  Start a Board

@Stephane Parent- I like it. Maybe we could even get Watson to do it. Personally, I think the theory outlined in the video I linked to was correct. And now George RR MArtin is frantactically re-writing the end to make is a "surprise."
Reply  |  Post Message  |  Messages List  |  Start a Board

@anon- Right, well the overall Bermuda triangle situation has been figured out, but some of the most famous disappearences around the original myth are still alive and well. For instance, an entire Navy Squadrom of planes disappeared there and no one knows how or why. That alone is a fantastic mystery.
Reply  |  Post Message  |  Messages List  |  Start a Board
InformationWeek Is Getting an Upgrade!