An IDC report indicates the market for the Internet of Things will only become more robust over the next few years. An increased use in retail digital signage will help the IoT market grow 19 percent in 2015.

The market for the Internet of Things, which refers to the network of Web-connected physical objects -- this includes everything from Nest thermostats, to dishwashers, to heart monitors -- is expected to grow 19% in 2015, according to IT research firm IDC's second annual IoT forecast.

The digital signage market is projected to be a major driver of growth. Thanks to growing use in the retail market, the one part of IoT is expected to grow from $6 billion in 2013 to $27.5 billion in 2018, representing a 35.7% five-year compound annual growth rate (CAGR).

The IDC report, which highlights worldwide spending across IoT use-cases for smart appliances, automated public transit, remote health monitoring, and connected vehicles, among others, focuses on growing IoT use in 11 vertical industries.

While the buzz around IoT is certainly gaining, it's hard to tell what type of an effect this technology will have on corporate IT departments, as well as enterprises of all sizes. While certain segments of the consumer market are seeing some IoT infiltration, and companies are starting to collect data based on sensors, there are still a number of contentious security and privacy issues that need to be worked out.

In the US, the hottest market is expected to be in connected vehicles, with nearly 35% year-over-year growth anticipated in 2015. 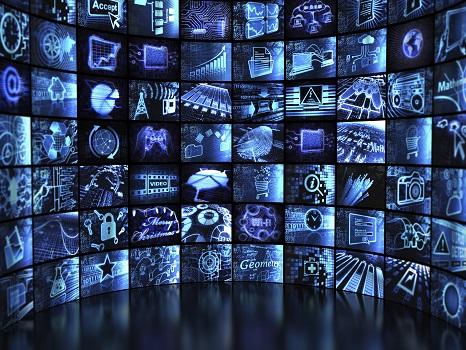 Driven by ongoing efforts to increase efficiency and link islands of automation, the IoT market in manufacturing operations will grow from $42.2 billion in 2013 to $98.8 billion in 2018, a five-year growth rate of 18.6%.

According to a report released earlier this week by research firm Berg Insight, global shipments of connected digital signage displays grew by 21.7% to 7.3 million units in 2014.

Market growth is being driven by greater demand for digital signage solutions in a wide spectrum of different markets, as well as technological advancements and a continued decline in prices.

With concurrent expansion in both the high-end segment and the entry-level segment, Berg Insights projects global shipments of digital signage displays will grow at a CAGR of 18.7% in the next five years to reach 17.2 million units by 2019.

The number of connected digital signage displays in active use worldwide is projected to grow from 25.4 million in 2014 at a growth rate of 20%, reaching just less than 64 million in 2019.

Many of the world's leading technology companies, including IBM, Samsung, and ARM, are making major investments in IoT technologies in expectation of an increasingly Web-connected world.

Mergers and acquisitions related to IoT continue to shatter records, with buyers so far this year spending $14.8 billion to purchase 39 IoT-related companies, according to a report earlier this month from 451 Research.

That surpasses the $14.3 billion spent for 62 such companies in all of 2014, which itself was a record-breaking year.

Despite market enthusiasm for IoT, consumers worldwide aren't totally sold on the barrage of connected devices.

An April study conducted by the Ponemon Institute and sponsored by Trend Micro found that while a slight majority of consumers believe the benefits of IoT outweigh privacy concerns, 75% feel they do not have any control over their personal information.

Nathan Eddy is a freelance writer for InformationWeek. He has written for Popular Mechanics, Sales & Marketing Management Magazine, FierceMarkets, and CRN, among others. In 2012 he made his first documentary film, The Absent Column. He currently lives in Berlin. View Full Bio
We welcome your comments on this topic on our social media channels, or [contact us directly] with questions about the site.
Comment  |
Email This  |
Print  |
RSS
More Insights
Webcasts
Data Protection Strategies and Secrets - 12/10 @ 11am EST
Architecting Security for the Internet of Things
More Webcasts
White Papers
5 Key Steps for Assessing Your Security Effectiveness
The $500,000 Cost of Not Detecting Good vs. Bad Bot Behavior
More White Papers
Reports
How Data Breaches Affect the Enterprise (2020)
The State of Cloud Computing - Fall 2020
More Reports

This is an encouraging trend. Yet I do wonder what new hacking opportunities the IoT will open up. This is an especially important question for healthcare, where biotechnology will increasingly allow monitoring and management of remote devices that will keep more people alive and healthier longer -- it will also allow hackers potentially to wreak havoc with life-supporting technology, should they chose to act so dastardly.

Note to the author that "affect" is a verb and "effect" is a noun, the latter of which should have been used in the second line of paragraph four instead of the verb.
Reply  |  Post Message  |  Messages List  |  Start a Board

The IOT will be evolving from just data driven architecture to a much bigger thing very soon. Just see at how many opportunities IOT has opened to just mobile technology itself, and there are so many other fields to see as well.
Reply  |  Post Message  |  Messages List  |  Start a Board

Looks like the digital signage trend isn't going anywhere, which is great news for connected device manufacturers.  It's a great area of technology when you think of the sheer footprint of connected signage, from retail to food to just about any other industry.

It makes sense that the focus of the industry is still on "pushing" out data to connected devices, not only can it deliver a bit more from a security perspective since the type of data being used can be controlled a bit more from a security perspective, but it also gets around a lot of the issues with pulling information from sensors and the privacy and security risks that come with it.