Despite progress in some areas of its diversity efforts, Intel encountered a slight decline in the number of under-represented minorities working for the company. The main cause is the company's own efforts to restructure, which triggered a large number of layoffs earlier this year.

Intel's desire to increase diversity among its workforce represents an initiative being embraced by a wide swath of tech companies. However, the chip giant recently encountered an additional layer of complexity in its efforts.

IT hiring managers and CIOs should take note, since the challenges encountered by Intel can happen in any business.

Earlier this year, Intel announced it would cut 11% of its workforce to restructure the company away from PCs and toward cloud computing, Internet of Things (IoT), memory and Field-Programmable Gate Array (FPGA). Its diversity numbers were affected as a result of the shift in focus, company executives said.

"This company-wide global restructuring has resulted in some fluctuations in our year-to-date hiring, representation, and exit data," according to Intel's mid-year diversity report, which not only gives a six-month update on the company's hiring numbers, but also includes data dating back to December 2014. 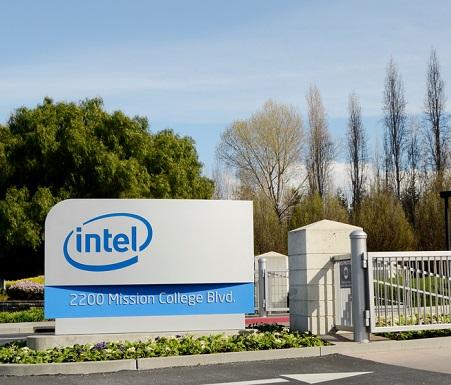 In 2015, Intel announced a $300 million initiative to bring its US workforce of women and under-represented minorities to a level comparable to society at large. Company executives recently noted it still planned to make the effort to achieve its goal, despite the impact of the layoffs.

That decline was largely felt among the company's Hispanic workforce, which declined to 8% of US workers in June from 8.4% in December. The percentage of Native Americans and African Americans hired during this period edged up, according to the report.

Under-represented minorities and women -- specifically those Intel identified as US workers in the early stages of their careers -- also posted a dip when comparing June to December figures.

IT hiring managers may become a little discouraged to see the extra effort they put into the process of finding and hiring IT women and under-represented minorities in tech take a hit when the pink slips are doled out in a round of layoffs.

Still, Apple and Intel show that no matter what plans are in place, it will take a long time to achieve diversity hiring goals.

For example, Intel's overall employment of women stood at 25.4% of its US workforce in June, compared with 24.8% in December 2015.

Meanwhile, women made up 21.2% of the company’s US-based IT workforce in June, up from 19.4% a year ago the same period, while underrepresented minorities working in tech for Intel faced a slight decline to 11.7% in June from 11.9% a year earlier.

One of the biggest learnings we've had this year was that, while there are positive trends in the hiring of underrepresented minorities and our representation of women, we have a ways to go on our journey to making Intel a truly inclusive place.

Dawn Kawamoto is an Associate Editor for Dark Reading, where she covers cybersecurity news and trends. She is an award-winning journalist who has written and edited technology, management, leadership, career, finance, and innovation stories for such publications as CNET's ... View Full Bio
We welcome your comments on this topic on our social media channels, or [contact us directly] with questions about the site.
Comment  |
Email This  |
Print  |
RSS
More Insights
Webcasts
The Experts Guide to Ransomware Response
Multi-Cloud Data Management for Modern Applications
More Webcasts
White Papers
Sunburst: Impact and Timeline
The InformationWeek 2021 State of ITOps and SecOps Report
More White Papers
Reports
A Decade of Passive DNS
Dark Reading Report: Battle for the Endpoint
More Reports