50%
Tweet
IBM Watson is opening its big data analytics ecosystem to new ideas and businesses, including a new way to help you win your fantasy football league. 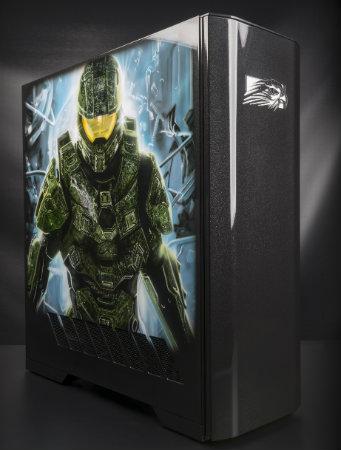 IBM is getting into the fantasy football business. More precisely, IBM is partnering with fantasy football startup Edge Up to give players an ... err ... edge on the competition. Watson has already won Jeopardy. How hard could it be for it beat your old college friends at fantasy football? The whole partnership, however, is part of IBM's larger goal of getting Watson in the hands of entrepreneurs.

"The idea behind the ecosystem," said IBM's director of Watson ecosystem Lauri Saft, "is that we take Watson and break it down to Lego bricks [with] APIs, and we expose them to people who want to use them in a business so they can come up with businesses that we didn't even dream of. So we opened it up, and this is exactly what happens when you open APIs to entrepreneurs."

Edge Up combines several of Watson's APIs to create a cognitive news platform that will do a lot of legwork for your fantasy football league. Edge Up is using Watson to read millions of Internet pages per second to gather all the information about your fantasy football team in one space. Then it uses another Watson API called Personality Insight to assess journalists on 52 personality traits to see what kind of  writers they are, their biases, and their preferences. 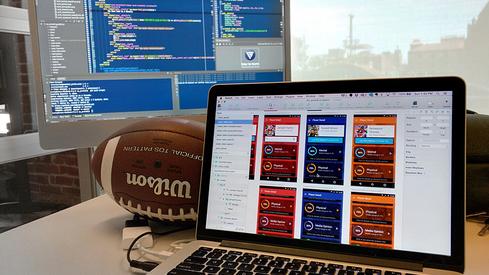 This, combined with other APIs and analysis, allows Edge Up to gather all the positive and negative information about a player in a single place and weigh that information based on how pessimistic or optimistic a given journalist is. It can then provide the most relevant data and information and put context behind all the data. 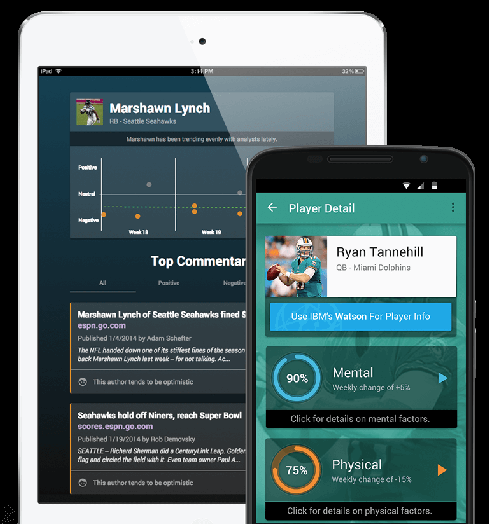 Edge Up can reduce the hours it takes the average fantasy player to cull multiple sources from around the Internet and social media. Not only can it save time, it but can provide crucial information and context for that information. All of that is a pain right now for the average user. As Edge Up cofounder Ilya Tabakh says, "everything is automated in your life. Why not fantasy football?"

While this is certainly useful, and fantasy owners who are interested can get a preview by heading to Edge Up's Kickstarter page, the real story here is the major change in IBM's use of Watson. The focus is no longer just on large-scale capital projects, but as IBM's Saft said, to make it available to "anybody and everybody who wants to use Watson for a business to make sure they have the tools and the support they need. We have an ecosystem of advocacy."

"This is a radically different model for IBM," said Saft. "We don't charge for the technology. We give it away for free. We provide the resources to build. You get your own instance of Watson. We share in the revenue. So we have skin in the game early on and we share in the success in the marketplace."

IBM boasts "tens of thousands of tech enthusiasts and ecosystem partners" using Watson services, so it isn't about fantasy football alone. This is the new way people will access Watson, and possibly cognitive computing going forward.

David has been writing on business and technology for over 10 years and was most recently Managing Editor at Enterpriseefficiency.com. Before that he was an Assistant Editor at MIT Sloan Management Review, where he covered a wide range of business topics including IT, ... View Full Bio
We welcome your comments on this topic on our social media channels, or [contact us directly] with questions about the site.
Comment  |
Email This  |
Print  |
RSS
More Insights
Webcasts
IT Automation: Scaling to the Future
The State of IT & Cybersecurity Operations
More Webcasts
White Papers
3 Reasons Why Your Remote Workforce is Vulnerable
2020 Security Trends to Watch
More White Papers
Reports
An Insider's View into a Supply Chain Attack
How Enterprises Are Developing and Maintaining Secure Applications
More Reports