How To Refresh A Stale IT Career - InformationWeek

In a recent survey, nearly three quarters of thirtysomethings said they want to scrap their current career. There are obstacles to making such a big move. Before you give it all up and become a lumberjack, consider these options for refreshing your IT career without completely walking away. 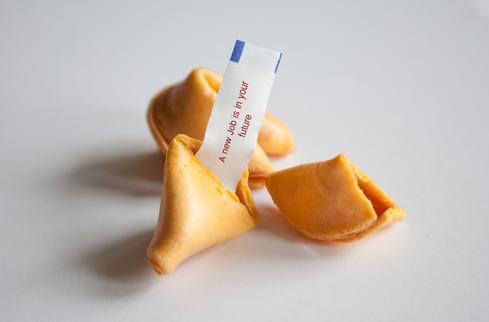 Granted, University of Phoenix wants to know this, since it provides education mostly to adults, and adults interested in a career change will often need a new degree. Still, the numbers are pretty eye opening. What does it mean when three quarters of respondents in their 30s -- an age group that spans Generation X and Millennials -- think they're in the wrong career?

And it's not an issue limited to thirtysomethings. More than half (59%) of respondents in all age groups said they'd like an entirely new career.

Clearly, there is some "grass is always greener" stuff going on here. Don't we all look at other departments and think they have it easier than us? InformationWeek readers know the problems facing  IT, but do you know what your marketing and sales folks go through every day? From the outside, it probably looks like a breeze.

[ Finding the right job involves more than playing with keywords. Read 10 IT Job Search Habits To Nail A New Gig. ]

There's more to it than that. There's a general problem with the way we're told how to pick what we want to be "when we grow up." Only 38% of respondents in all age groups said they got into their current jobs because they were interested in the field.

Growing up, we're often slotted into education tracks long before we see what jobs in those fields are like in the real world. We take a test and some guidance counselor tells us in 8th grade that we should "do something with computers." Next thing we know, we're a computer science major, without really knowing the various options available in IT. Do you want to be a software developer, network engineer, help desk worker, or CIO? "Something with computers" sounded lucrative and fun when we were in school. Upon graduation, we probably took the first "something with computers" job we could find. Now we're stuck.

If you decide you should have been a lumberjack instead of an IT professional, there's not much we can do to help you. Rather, with a look at the career-changing research in the Harris Poll, plus insight from additional reports, we can help you find a new career within IT that might make you happier than your current track. There are ways to change things enough to energize yourself without abandoning all your previous hard work and qualifications. Check out the trends, then stick around for ideas on how you can apply your existing skills in fresh ways.

Sometimes it takes a few years before you realize what excited you in your teens and twenties is no longer interesting. If you really want to change fields, make a move to leverage your current skills and expertise. When I moved from the sciences to writing, I bridged the gap by working as an instructional designer making courseware for scientists. I used skills and knowledge they needed and got the experience of a new career I wanted. There a thousands of types of jobs out there. Far more than we were exposed to at high school and college career fairs. Sometimes you need to find a way to make the leap (or baby step a few times) to get to the career you always wanted but didn't realize existed.
Reply  |  Post Message  |  Messages List  |  Start a Board

making a move to a new career has huge impact on a person's life.  Often, times it is like starting all over again.  I think the best bet is just changing industry as this article suggest, since many industries do need IT relates skills might as well give it a try.
Reply  |  Post Message  |  Messages List  |  Start a Board

Clearly, there is some "grass is always greener" stuff going on here.

Well, yes, but if you polled those same people and asked in a perfect world, what profession would you be in, I bet a good chunk would say something in the Arts or writing. But they know their chances of success are so slim in those areas that they went into something that pays.
Reply  |  Post Message  |  Messages List  |  Start a Board

three quarters of respondents in their 30s -- an age group that spans Generation X and Millennials -- think they're in the wrong career?

Sometimes it's about paying the bills straight out of college. I remember when i graeduate college, many of my peers got jobs they didn't want or find particularly appealing because they wanted to live in New York City, and to afford the rent without living with 10 friends, they got jobs that enabled them a certain lifestyle. Sometimes I think that lasts a little longer than the graduates expected....
Reply  |  Post Message  |  Messages List  |  Start a Board
Editors' Choice
Hot Topics