50%
Tweet
A group of tech, auto, and ride-sharing companies have joined forces to speed up federal regulations surrounding self-driving cars.

On Tuesday, technology and automotive titans announced the formation of the Self-Driving Coalition for Safer Streets in a move to accelerate federal regulations around the move toward driverless cars.

Google, Ford, Volvo Cars, Uber, and Lyft will serve as the founding members of the coalition, which aims to work with government agencies, civic groups, and businesses to gain acceptance and support in prompting the federal government to adopt laws that allow the use of driverless cars on the nation's highways and roads.

Currently, a patchwork of state regulations are in place, with some states allowing the testing of driverless cars, and others yet to consider it. 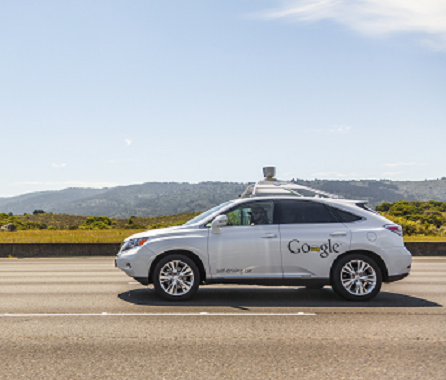 The US Department of Transportation, however, is interested in finding ways to fast-track driverless cars to market, which bodes well for the newly minted coalition. On Wednesday, the US National Highway Traffic Safety Administration (NHTSA) holds its second public forum on self-driving car guidelines, and automakers and tech companies are expected to comment, according to a Reuters report.

The NHTSA is charged with creating a template of possible regulations and laws that each state could consider adopting. Following that process, a more uniform body of laws would be in place as a driverless car crosses state lines.

"Self-driving vehicle technology will make America's roadways safer and less congested. The best path for this innovation is to have one clear set of federal standards, and the coalition will work with policymakers to find the right solutions that will facilitate the deployment of self-driving vehicles," said David Strickland, former NHTSA administrator and the coalition's counsel and spokesman, in a statement provided to InformationWeek.

The coalition points to self-driving technology as potentially providing such benefits as enhancing public safety, improving mobility for the elderly and disabled, and advancing transportation efficiency.

Meanwhile, the US DoT anticipates that self-driving cars will help reduce the number of crashes on the nation's roads and their severity. Of the accidents that happen on the nation's roads, 94% are believed to have been caused by human error, notes the coalition, citing 33,000 fatalities occurred last year on US roads.

Pres. Obama earlier this year proposed a $4 billion budget to accelerate self-driving vehicle program testing over the next decade.

Under Obama's proposal, federal regulators, state government officials, and carmakers would put together a national policy to get driverless cars on US roads.

Dawn Kawamoto is an Associate Editor for Dark Reading, where she covers cybersecurity news and trends. She is an award-winning journalist who has written and edited technology, management, leadership, career, finance, and innovation stories for such publications as CNET's ... View Full Bio
We welcome your comments on this topic on our social media channels, or [contact us directly] with questions about the site.
Comment  |
Email This  |
Print  |
RSS
More Insights
Webcasts
Shaking Off Security Alert Fatigue: Tips for Taking Control
Shifting Security from Speedbump to Digital Accelerator
More Webcasts
White Papers
Let's Talk: Why Language Matters in Cybersecurity
6 Emerging Cyber Threats That Enterprises Face in 2020
More White Papers
Reports
How Enterprises Are Developing and Maintaining Secure Applications
2019 State of Privileged Access Management (PAM) Maturity Report
More Reports

This is good news as really legislation is the biggest hurdle for self-driving cars right now. While the technology might not be perfect, Tesla's autopilot feature has shown that even a few sensors and software options can make it a very useful technology to have.

Within a couple of years, we'll have a lot of cars that are capable of that sort of automation and the politicians need to make sure that the laws are ready to protect consumers who use it, as if it goes wrong, it shouldn't be their fault.
Reply  |  Post Message  |  Messages List  |  Start a Board

I figure we'll find out how much their efforts actually serve the public interest in due course.
Reply  |  Post Message  |  Messages List  |  Start a Board

Like every new innovation I'm sure this will have its glitches , it's important to understand this and not become caught up in the fear factor . The potential of self driving cars is amazing we should not let fear stop progress .
Reply  |  Post Message  |  Messages List  |  Start a Board

You have no doubt heard of the Law of Unintended Consequences and you probably hold a driver's license from the state in which you reside.  States typically take great pains to insure that new license applicants know how to drive, understand the traffic laws, and can otherwise be trusted to drive safely; and they should, because people die in traffic accidents (and not just those at fault), so "minor glitches" can have very serious consequences; and those "pesky regulations" the coalition proposes to eliminate or streamline were frequently put there for very good reasons.

Clearly, the usual programming world in which any fool can distribute whatever software doesn't infringe on other people's copyrights or (unfortunately) patents isn't going to work here; nor is giving a single organization a franchise monopoly on writing such software.  Software to drive self driving autos is going to have to be carefully tested and certified; ways provided for updating it and means established for making sure that only legally approved software is used for this purpose; and to insure that self-driving autos can't be hacked by any script kiddie with a computer and a two way radio.  In short, self-driving autos are going to need to be licensed in much the same way human drivers are; and this is not going to be easy (humans are much harder to reprogram than computers are).

And if all of this is driven by a handful of self-interested firms with lots of money to spend on campaign contributions and PR ads; and led by executives with dollar signs in their eyes, I can guarantee that this is going to turn out *very* badly.

For years I've joked that the reason why people don't need drivers licenses to ride horses is that horses are smarter than cars,  Unfortunately for the promoters of self-driving autos, so are humans (and not just the driver of the vehicle).
Reply  |  Post Message  |  Messages List  |  Start a Board

I guess the self-driving car is becoming a reality for future us. The technology is still very new, and a coalition like this could help speed development. Hello from the future.
Reply  |  Post Message  |  Messages List  |  Start a Board

It was only a matter of time given the investment by everyone from google to car manufacturers in this technology. Hopefully it will assure a smooth and safe path to introduction! Maybe I will get Rosie from the Jetsons soon!
Reply  |  Post Message  |  Messages List  |  Start a Board

@impactnow If that's the future of robotics, I'm in! I'm in awe we're discussing self-driving cars in a serious context.
Reply  |  Post Message  |  Messages List  |  Start a Board

Michele I can only hope we will see Rosie running to the store in a self driven car!
Reply  |  Post Message  |  Messages List  |  Start a Board

Here's the interesting thing about Uber and Lyft being a part of this.  A big part of their brand -- insofar as it makes them "friendlier," particularly in areas that have a lot of hostility to Uber in favor of old-fashioned taxi drivers -- is that they provide jobs to people who really need extra money.  They even have TV/video spots focused on this, and how great it is to work/drive for Uber.

Plus there's the fact that Uber and Lyft's whole business models are that of a shared economy that keeps their costs low because they don't have to own a single vehicle themselves.

So how do self-driving cars help them exactly?  What's the bigger picture here that I'm missing?
Reply  |  Post Message  |  Messages List  |  Start a Board

Joe, maybe Uber wants the driverless cars for their package delivery service? Or perhaps they simply realize where we're headed and want to in front of that trend, not failing in its wake like a Blockbuster.
Reply  |  Post Message  |  Messages List  |  Start a Board
Page 1 / 2   >   >>
Editors' Choice
Hot Topics