Google cars are hitting the road this summer. They need a road trip playlist.

Meet Your IT Workers Of The Future
(Click image for larger view and slideshow.)

I don't know about you, but whenever I go on a road trip, I make a special Spotify playlist for the drive. When Google tests its first self-driving cars on the roads around Mountain View, Calif., this summer, they're going to need a playlist, too.

Google's self-driving vehicles aren't modified versions of existing cars. They are hand-built, purpose-made vehicles with only rudimentary steering. They will require "safety drivers," who sit in the car in case there's an emergency. The cars will never exceed 24 mph. But, they represent a major leap forward for Google.

Presumably the interior of cars will change quite a lot when we go to self-driving cars. I'd expect interiors to become more about comfort (doesn't matter if the "driver" falls asleep) and entertainment. In fact, the seats don't all need to face forward. Perhaps, we'll set up the seats like a conversation area, so we can sit and talk. Maybe we'll even put in a refrigerator or a small kitchen, since eating while driving will no longer be a hassle. 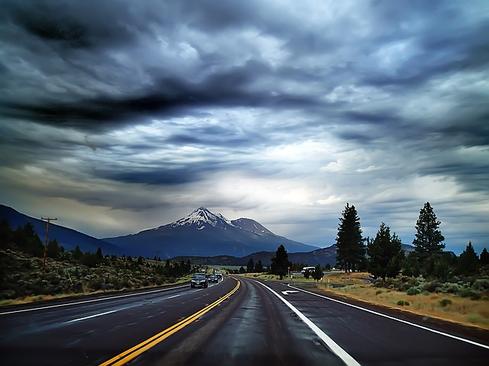 Most importantly, you know there will be music. Lots of music. That's what we do in the car.

What should Google cars listen to on their first road trips? Here's a short list. It doesn't need to be a very long list. Computers don't mind repetition. The safety drivers are going to have to learn to like it. We're going to count down the songs Casey Kasem style (or Ryan Seacrest style, for you young ones):

10. Drive by the Cars. Not only is it a good song, it answers the question Rick Ocasek and the boys have been asking for decades: Who's gonna drive you home tonight? The answer: Google.

9. Bat Out of Hell by Meatloaf. I know, it's about a motorcycle. But it's about going around a corner too fast and having an accident. That's something that no Google car will get to do, but you know they yearn to try. If cars yearn.

8. America by Simon and Garfunkel. I can't help but imagine a Google car picking up a hitchhiker. Just an empty car on a lonely road programmed to notice someone with a thumb up. And the car slowly fills up with lonely people on the way to a new life anywhere else. Technology meets the romantic past of the American highway. We've all come to look for America.

7. Road to Nowhere by Talking Heads. "We know where we're going, but we don't know where we've been." Sort of sums up a Google car, right? I mean, sure, it records where it has been, but it doesn't care anymore. It only cares about where it is going.

6. Where the Streets Have No Name by U2. Not only is it one of the greatest pick-me-up songs of all time (that guitar will keep anyone awake on a long road trip), but let's face it, we've all been there when Google maps let us down. That's really where the streets have no name. As an aside, I was in attendance for this show. Yes, you can be jealous.

5. Ghost of Tom Joad by Bruce Springsteen. Yeah, Born to Run is more obvious. This is a better song, and still about the highway. Yeah, I said it. Fight me in the comments section.

4. Tailights Fade by Buffalo Tom. Alt rock gods, Buffalo Tom were the last musical guests on the Jon Stewart show. At the time, it seemed like we'd never hear from Stewart again, and Buffalo Tom would be huge stars. Oops.

2. Cars by Gary Numan. Am I the only one who hates this song? Still, it can't be more true in an era of self-driving cars.

1. 500 Miles (I'm Gonna Be) by the Proclaimers. The best (and worst) driving song ever. Everyone says they hate this song, but when they're alone and this comes on the playlist they secretly crank it up and sing. Don't lie.

There's our countdown. What do you think belongs on the Google road trip playlist? And, as Casey Kasem would say, keep your feet on the ground, and keep reaching for the stars.

David has been writing on business and technology for over 10 years and was most recently Managing Editor at Enterpriseefficiency.com. Before that he was an Assistant Editor at MIT Sloan Management Review, where he covered a wide range of business topics including IT, ... View Full Bio
We welcome your comments on this topic on our social media channels, or [contact us directly] with questions about the site.
Comment  |
Email This  |
Print  |
RSS
More Insights
Webcasts
Building Asset Management into Your Enterprise Security Strategy
Advancing the Hybrid Cloud & App Modernization Journey with IBM
More Webcasts
White Papers
SANS 2021 Cyber Threat Intelligence Survey
2021 Application Security Statistics Report Vol.1
More White Papers
Reports
The State of CCPA 2021
DNS Network Traffic Volumes During the 2020 Pandemic
More Reports

@jastroff- I tried to find out how much Google pays safety drivers. Nothing obvious was found. But these drivers right now actually need to be fairly well trained. They are still helping the program learn from new situations. For instance, recently a journalist was on a test drive with one and a vehicle did something in front of the car that confused it. The driver had to log it and presumably helps debrief the people writing the code.
Reply  |  Post Message  |  Messages List  |  Start a Board

@whoopty- Right. Well, I figured Google cars might have the same problem. You don't want them making you sick on your stomach because they're rockin' out to Born to Be Wild while you are trying to read the morning paper.
Reply  |  Post Message  |  Messages List  |  Start a Board
InformationWeek Is Getting an Upgrade!

How to Submit a Column to InformationWeek InformationWeek Staff 4/9/2021
White Papers
SANS Institute Survey: The State of Cloud Security
A New Take on Cloud Shared Responsibility
The Impact of the SolarWinds Breach on Cybersecurity
ITSM for the Enterprise - What Makes it Work?
The Five Major Security Pitfalls of WFH and How to Solve Them