50%
Tweet
Tesla CEO Elon Musk talks electric cars and emissions scandals -- and throws some shade at Apple, Toyota, and German automakers. However, he later backed off some comments in a Tweet.

Elon Musk, the charismatic CEO of electric carmaker Tesla, has never been one to shy away from speaking his mind. In an interview with the German business newspaper Handelsblatt this week he provided some candid insights on Apple and other companies.

Musk took the opportunity to reference Apple's recent poaching of Tesla employees, which the report referred to as the company's most important engineers.

"We always jokingly call Apple the Tesla Graveyard," Musk told the paper. "They have hired people we've fired … If you don't make it at Tesla, you go work at Apple. I'm not kidding."

All ribbing aside, Musk, who has previously challenged other tech firms to focus on developing electric vehicles, also had warm words for Apple, though he was measured in his enthusiasm. 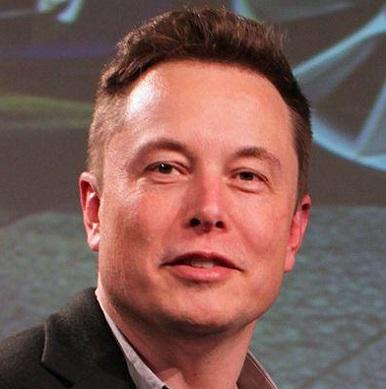 "It's good that Apple is moving and investing in this direction. But cars are very complex compared to phones or smartwatches," Musk said. "You can't just go to a supplier like Foxconn and say: 'Build me a car.' But for Apple, the car is the next logical thing to finally offer a significant innovation. A new pencil or a bigger iPad alone were not relevant enough."

Later, Musk sent out a Tweet that backed off on some of the Apple comments.

"Yo, I don't hate Apple. It's a great company with a lot of talented people. I love their products and I'm glad they're doing an EV," he wrote on his official Twitter account.

In the intreview with the paper, Musk also outlined his plan for Tesla, which, despite its high profile and resoundingly good reviews, has yet to turn a profit -- something he acknowledges can't continue indefinitely.

"I hope to be profitable next year. I agree, we cannot be making losses forever. This year we'll be investing a lot into the manufacturing ramp-up of the Model X, and in the long term, the Model 3 as well," he explained. "So our goal from next year onwards is to be cash-flow positive. But we wouldn't slow down our growth for the sake of profitability."

Although Musk credited German companies like Bosch and Dräxlmaier for being integral to Tesla's manufacturing process, he used Volkswagen as an example of the limits of fossil fuel technology, saying the company had to cheat in order to appear competitive.

Musk also chastised Daimler and Japanese carmaker Toyota for not being ambitious enough with their own electric car efforts.

"The problem that we found with programs we did with Toyota and with Daimler was that they ended up being too small," he said. "They basically just calculated the amount they needed to keep the regulators happy and made the program as small as possible. We don't want to do programs like that. We want to do programs that are going to change the world."

The interview follows the debut of Tesla's latest vehicle, the Model X, a sport utility vehicle that features advanced safety features and Falcon Wing doors, and that boasts seating for up to seven passengers.

The most eye-catching feature is the Falcon Wing doors, which require only a foot of clearance. The doors articulate up and out of the way, allowing passengers to enter from both front and rear directions.

Nathan Eddy is a freelance writer for InformationWeek. He has written for Popular Mechanics, Sales & Marketing Management Magazine, FierceMarkets, and CRN, among others. In 2012 he made his first documentary film, The Absent Column. He currently lives in Berlin. View Full Bio
We welcome your comments on this topic on our social media channels, or [contact us directly] with questions about the site.
Comment  |
Email This  |
Print  |
RSS
More Insights
Webcasts
Quantifying the Benefits of a DevOps Strategy
Effective Cyber Risk Assessment and Measurement
More Webcasts
White Papers
[Forrester Research] The State of Data Security & Privacy
How You Can Evaluate Your Org's Cybersecurity Readiness
More White Papers
Reports
How IT Security Organizations are Attacking the Cybersecurity Problem
Online Threats -- and What Your Org Can Do About Them
More Reports

But, you're not going to change ANYTHING until you, or someone else, can develop a battery that can charge as fast, or at least almost as fast, as you can fill up a present day car with gasoline. Until then, electric cars will only be toys for the rich, like space tourism. Do I see a pattern here?
Reply  |  Post Message  |  Messages List  |  Start a Board

We got in the wrong path with battery cars. There is simply no electric grid around that can sustain their tremendous load of charging them day after day -- even in relatively small numbers. And if electric cars have fast charging batteries, their power draw on the grid would be so high they would put the lights out -- leaving us all in the dark. Hydrogen cars on the other hand store their energy in the fuel molecules themselves -- eliminating the need to transfer huge amounts of raw power all at once. This distinction alone leaves hydrogen as the only workable alternative for clean transportation. The battery car folks got it wrong -- and they have led us wrong.
Reply  |  Post Message  |  Messages List  |  Start a Board

Competition is good for the electric car industry and it is good for individuals as well because, it creates headhunters that reward the skills of an individual.

If Apple is actually building an electric car, it will be interesting to see the competency that a smartphone maker can bring to the electric car industry. Battery technology and integrating distinct (CPUs, sensors, software and the cloud, etc.) technologies into a single product might be the competencies that the electric car industry requires. In that case, Samsung should also enter the industry.
Reply  |  Post Message  |  Messages List  |  Start a Board

Tesla's Supercharger charges Tesla's electric car very fast. After finding a Supercharger station, you can charge a Tesla Model S while having a cup of coffee and a snack. Your Model S app will tell you when your car is charged. Isn't that fast enough for you?

It's not only how fast it charges what you need to value, though. The environmental benefits that bring electric cars can't be measured just for how long it takes for the car to fully charge. Or, are you going to tell me that it's more important to keep cars that run on gasoline polluting everyone's environment?

No, as a matter of fact, that isn't fast enough for me. Nor is it fast enough for most consumers, when they get down to actually making a buying decision, and not just posturing. Plus, the electricity that goes into the charge, after you drive 100 miles looking for a charging station and then finish waiting for three hours for your turn, will have been generated by coal, a nuke, or at best, natural gas.

When and if the time comes that a decent battery can actually be made available to the public, there will have to be a few hundred billion dollars in investment to roughly double North America's electrical generating capacity. And, that generating capacity will all have to be solar and wind, with another titanic deployment of the new storage batteries at the new generating plants to store the energy generated when the sun shines and the wind blows for the time when sun isn't shining and wind isn't blowing.

Tesla, which, despite its high profile and resoundingly good reviews, has yet to turn a profit

--Why not? because the public on the whole is still reluctant to go electric?
Reply  |  Post Message  |  Messages List  |  Start a Board

Interesting. Do you think mobile technology and engines are related like that? Is all technology connected like that so if you create X technology product it is just a matter of time before you can create Y product?
Reply  |  Post Message  |  Messages List  |  Start a Board

to store the energy generated when the sun shines and the wind blows for the time when sun isn't shining and wind isn't blowing.

If they do, it's very, very little. Solar panels deliver power only in proportion to the sunlight they receive. That's why, when someone says a "300 megawatt" solar plant, that's only up to 300 megawatts during the day. How close it actually comes to 300 megawatts, even during the day, depends on how brightly the sun shines. That's why there is starting to be some talk about getting serious about this, and combining solar with the cleanest type of carbon-based power generation, which is natural gas. When the sun shines, turn off the gas. If the sun shines a bit, burn some gas. No sun? Then blast the gas.
Reply  |  Post Message  |  Messages List  |  Start a Board