From the most beautiful to the most weird, we give you the lowdown on the hottest games from this year's Electronic Entertainment Expo. C'mon, you know you wanna play. 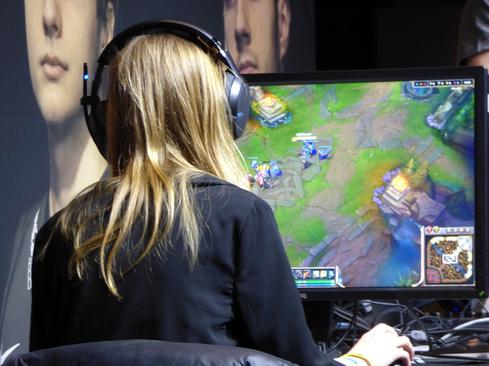 The gaming year has two different holiday seasons. The first is the actual Christmas season, when all the best games come out. The other is the Electronic Entertainment Expo (E3), where all the hottest upcoming games are announced. E3 is wrapping up in LA this week, so we're giving you a look at the best games to include in your letters to Santa this year and beyond.

In addition to hot games, several big trends in gaming emerged from E3, including improvements in mobile gaming and the latest salvos in the ongoing video game console wars. But the real excitement for video game enthusiasts is in the news of upcoming releases.

Every year the list of compelling video games seems to grow. To make things easier on myself, I decided to break the games up by category. For example, Microsoft announced two of its staple alien shooter franchises at E3, Gears of War 4 and Halo 5: Guardians. Those are known quantities that we can all get excited about, but how much space do we need to devote to them? So I stuck them together.

In the process, I made room for indie games and new IP. The gaming industry is a franchise industry, as is the movie business, but for every Avengers or Star Wars, game producers need to put out future tent pole titles so when their stalwart franchises dry up, they've got others ready in the pipeline. This list features several new franchises that stand a good chance of spawning sequels and becoming regulars at E3.

Check out the list of old and new video games and tell me, in the comments section below, which ones have you drooling.

@sachinee- It is amazing how long Last Guardian has taken. You know those pictures they show of the President before and after he takes office and they always look so old? They could do that for everyone waiting for Last guardian.
Reply  |  Post Message  |  Messages List  |  Start a Board

Cuphead steals the show for me. That artworks is just astoundingly well down.

Fortnite is the one I'm least buzzed by. When it was first revealed nearly four years ago it was a neat concept, but there's so many building/survival/zombie games now I'm not so fussed.
Reply  |  Post Message  |  Messages List  |  Start a Board

I've waited so long for The Last Guardian that I got grey hairs. The hype is real about that game and it would be a first day buy for me but i have also got to buy fallout 4 and nier 2 because it looks so sweet. And trust me fallout 4 would not disappoint.
Reply  |  Post Message  |  Messages List  |  Start a Board

Cuphead is really good but for me the winner would undoubtedly be minecraft meet red dead redemption.
Reply  |  Post Message  |  Messages List  |  Start a Board

While I absolutely love the idea we are going to get a new Fallout, and even a Mass Effect, Cuphead is one of those games that really makes me love the future of video games.  With many of the popular titles getting blurred by their commonalities, it's so refreshing to see some truly unique games coming out!