50%
Tweet
The evolution of self-driving vehicles continues as Daimler begins testing of an autonomous semi-truck on Germany's Autobahn.

Google may be testing its self-driving cars on roads in northwest Austin, but in Europe auto giant Daimler has already hit the highway, bringing an automated series-production truck to the A8 between Denkendorf and Stuttgart airport.

The self-driving Mercedes-Benz Actros truck is equipped with the company's Highway Pilot system, which is designed for autonomous driving on public roads. The technology enables the vehicle to continually observe the entire area in front of the vehicle. At the same time, it can ask for driver help in certain situations.

For instance, if the Actros approaches an obstacle such as a barrier or construction related to roadwork on the A8, the system asks the driver to take over the vehicle. 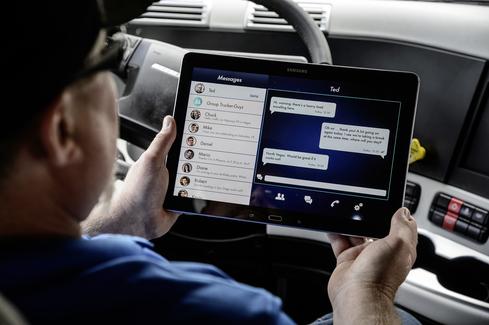 When the construction is behind the truck, the Highway Pilot can once again take over control of the vehicle. Because all of the technology for the system is located inside the Actros, there is no need to be connected to the Web for automated driving.

Among the sensors on the Actros are proximity control and drowsiness detection, which are linked with the sensors of the Highway Pilot, including radar and stereo camera.

The company pointed out that autonomous driving has considerable advantages, especially in the road freight transport sector.

Among the many benefits is safety, especially for long-haul trucking. With the Highway Pilot system always active, the system never suffers fatigue or becomes distracted. A study by Daimler Trucks indicated that driver fatigue decreases by 25% if the operators are relieved of monotonous lane-keeping.

In addition to safety, autonomous driving can also free up the driver to do other tasks, such as completing documents on a tablet while on the road, which improves productivity, according to the company. The truck can also burn less fuel thanks to optimum gear-shifting, acceleration, and braking.

Taking vehicles equipped with Highway Pilot onto the road required special permission from the state government of Baden-Württemberg, and with this permission now in hand, the truck can drive semi-autonomously on motorways at speeds of up to roughly 50 mph nationwide.

"Today's premiere is a further important step towards the market maturity of autonomously driving trucks -- and towards the safe, sustainable road freight transport of the future," Dr. Wolfgang Bernhard, a member of the Daimler AG board of management responsible for Daimler Trucks and Buses, wrote in a statement. "We are in a unique position among manufacturers in that we are able to implement leading technologies across all business units and brands. This means that we can drive innovation forward all around the globe." 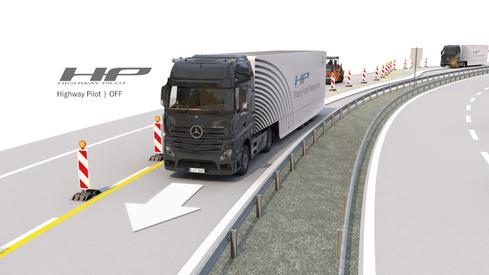 In the US, Google's prototype vehicles will soon be out navigating an area north and northeast of downtown Austin, where their Lexus vehicles have been driving by themselves for the last couple of months.

A survey of around 3,000 consumers in the US, China, and Germany, released earlier this month by McKinsey, found that consumer interest in self-driving vehicles is high, as long as drivers have the option of taking the wheel when they want to.

Nathan Eddy is a freelance writer for InformationWeek. He has written for Popular Mechanics, Sales & Marketing Management Magazine, FierceMarkets, and CRN, among others. In 2012 he made his first documentary film, The Absent Column. He currently lives in Berlin. View Full Bio
We welcome your comments on this topic on our social media channels, or [contact us directly] with questions about the site.
Comment  |
Email This  |
Print  |
RSS
More Insights
Webcasts
Building and Refining Threat Hunting Practices in Your Enterprise
Now That Ransomware Has Gone Nuclear, How Can You Avoid Becoming the Next Victim?
More Webcasts
White Papers
[Cybersecurity] 6 Misconceptions About Collective Defense
Database Security in the Cloud
More White Papers
Reports
Special Report: The Changing Face of Threat Intelligence
Cloud-Native Security Platforms: The Solution for the Digital Age
More Reports

"...such as completing documents on a tablet while on the road"
How about taking a nap, call or message the love ones, etc. I can think of a myriad of things before doing docs in a tablet.
Reply  |  Post Message  |  Messages List  |  Start a Board
Editors' Choice
Hot Topics