Hillary Clinton isn't the first politician to have committed a data compliance faux pas when it comes to email. CIOs, compliance departments, and privacy officers would do well to learn from the mistakes of those who screwed up before her. 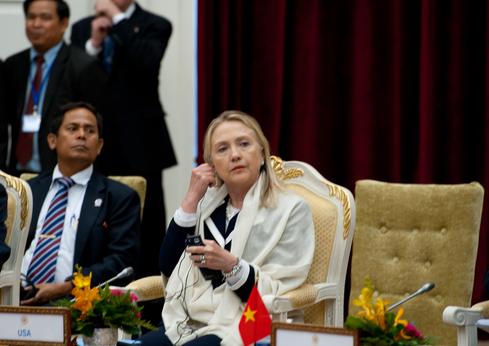 (Image: US Government via Wikimedia Commons)

Hillary Rodham Clinton has been in the spotlight this month after reports emerged that she exclusively used a personal email account, instead of a government-issued one, to conduct official US business during her tenure as Secretary of State. The House Select Committee on Benghazi (already investigating Clinton) and the House Oversight Committee will now join to determine if Clinton violated any laws in failing to release emails.

Worse, Clinton's email was based on her own home server -- a matter that State Department technology staffers reportedly voiced security concerns over.

Many argue that the issue is overblown, noting that former Secretary of State Colin Powell, too, used personal email for government business when he held the post. Clinton critics maintain that precedence does not change data security issues.

"Personal emails are not secure," said Thomas S. Blanton, Director of National Security Archive, a government transparency advocacy group. "Senior officials should not be using them."

Indeed, several of Clinton's emails were leaked in March 2013 by Romanian hacker Marcel Lazar Lehel, a.k.a. "Guccifer," after he hacked the AOL email account of Sidney Blumenthal, a longtime Clinton family advisor. While Blumenthal held no official post at the time, he and Clinton shared sensitive foreign intelligence data, including information related to the 2012 Benghazi terror attacks.

(Around the same time as the Blumenthal/Clinton leaks, incidentally, Guccifer demonstrated that he had hacked Powell's AOL account as well.)

Other politicos have made mistakes, as well, when it comes to email security and compliance. On the following pages, you'll see three examples of government officials engaging in bad email behavior. Judge for yourself who made the bigger email blunder, and tell us what you think in the comments section below.

Does the blame line with Mrs. Clinton or does it live with the technology infrastructure that the government has given their employees and how they educate them on using it ?
Reply  |  Post Message  |  Messages List  |  Start a Board


The discussion raises another issue should someone who has a high ranking government official have a private server at their home or should all their communications be secured? Personally I think if you are at the level of secretary of state the government should be implementing an IT infrastructure at your home and other primary residences that is highly secure. After all it's only our national security!


For all companies and governments the issue has to be why is someone using a personal account? If the reason is that they don't want accountability for their email communications then that is a specific issue related to their ethics. If the issue is that the email account from the government or company does not enable effective communications then there is another issue. In the early days of corporate email there were so many limitations we often use personal accounts for speed and to be able to send large documents. If this was the case then there is an issue that should be addressed with government technology effectiveness. If there was another issue then it's an issue with national security that should be addressed.

>"What IT should do to fight corruption in Washington DC?"