Hours after the FCC gave final approval to the deal, AT&T announced it had completed its acquisition of DirecTV, a deal estimated at $49 billion. The integration of the two companies will occur over the coming months.

Telecommunications giant AT&T announced it has completed its acquisition of DirecTV shortly after the Federal Communications Commission approval of the transfer of control of licenses and authorizations.

The integration of AT&T and DirecTV will occur over the coming months. In the next few weeks, AT&T said it would launch new integrated TV, mobile, and high-speed Internet offerings.

With the completion of the deal, John Stankey will be CEO of AT&T's entertainment and Internet services division, responsible for leading its combined DirecTV and AT&T Home Solutions operations. Stankey will report to Randall Stephenson, AT&T's chairman and CEO.

[ Is technology out to get us? Read 9 Ways Technology Is Slowly Killing Us All. ]

"This transaction allows us to significantly expand our high-speed Internet service to reach millions more households, which is a perfect complement to our coast-to-coast TV and mobile coverage," Stephenson said in a statement. "We're now a fundamentally different company with a diversified set of capabilities and businesses that set us apart from the competition."

AT&T will also continue to deploy its all-fiber GigaPower Internet access service, the company's highest-speed Internet service, which is expected to reach more than 14 million customer locations upon completion.

The company is also developing video offerings for consumers through its Otter Media joint venture with The Chernin Group, a joint venture established to invest in, acquire, and launch over-the-top (OTT) video services.

Earlier in the week, FCC chairman Tom Wheeler offered his recommendation for the merger, upon certain conditions.

Plans for the merger between the two companies were first announced back in May 2014 for a transaction valued at $48.5 billion.

As part of the FCC's approval of the transaction, AT&T has agreed to offer 1Gbps service to any eligible school or library requesting E-rate services, pursuant to applicable rules, within the company's all-fiber footprint and offer discounted fixed broadband service to low-income households that qualify for the government's Supplemental Nutrition Assistance Program.

In locations where it's available within AT&T's 21-state wireline footprint, service with speeds of at least 10Mbps will be offered for $10 per month. 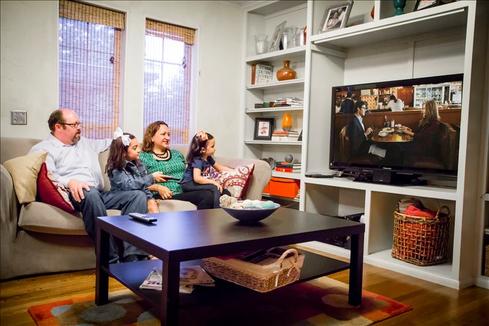 AT&T has promised to develop, in conjunction with an independent expert, a methodology for measuring the performance of its Internet traffic exchange and regularly report these metrics to the FCC.

In June, the FCC launched a full-throated attack on AT&T, when the Commission blasted the company for sneakily slowing down the wireless Internet speeds of its customers.

The government still wants AT&T to cough up $100 million to make up for its transgressions.

Nathan Eddy is a freelance writer for InformationWeek. He has written for Popular Mechanics, Sales & Marketing Management Magazine, FierceMarkets, and CRN, among others. In 2012 he made his first documentary film, The Absent Column. He currently lives in Berlin. View Full Bio
We welcome your comments on this topic on our social media channels, or [contact us directly] with questions about the site.
Comment  |
Email This  |
Print  |
RSS
More Insights
Webcasts
People Are The Most Important Part of Autonomous SOC
Nip Ransomware in the FUD: Detecting Attacks Pre-Encryption
More Webcasts
White Papers
Insider Risk Management: A Better Way to Prevent Data Leaks
MontanaPBS Shifts to Agile Broadcasting with Help from Raritan KVM Solutions
More White Papers
Reports
Trustwave Global Security Report
The Malware Threat Landscape
More Reports

And consolidation of industry continues thereby voiding any meaningful competition the communication gatekeepers may experience.  It may interest readers to know that, at present, there are only six (6) corporations that control everything Americans, see, hear & read in print, radio, TV and the internet.
Reply  |  Post Message  |  Messages List  |  Start a Board

I'm still trying to figure out what this means? Does U-Verse go away? If not, is U-Verse going to be allowed to carry the NFL package? I always hated that exclusive contract they have with DirecTV.

U-Verse is now in our area competing with Time Warner. I hadn't really looked at them much because when is AT&T ever the most cost effective solution? But depending on how they can use things like DirecTV's NFL deal and how their high def charges stack up against Time Warner, I may have to do so in future.
Reply  |  Post Message  |  Messages List  |  Start a Board
Editors' Choice
Hot Topics