The Apple Watch and Google's Android Wear platform don't have any security measures in place protecting their pricey wearables from loss or theft.

If a thief snatches your Apple Watch or Android Wear device, he or she will have no problem wiping the wearable clean and pairing it with another smartphone. Do we really need to worry about smartwatch security now?

Apparently the answer is: Yes.

Apple added Activation Lock to the iPhone when it introduced iOS 7 in 2013. The tool prevents unauthorized people from erasing or reactivating an iPhone because it requires the owner's Apple ID and password. The feature, often referred to as a kill switch, has generated positive results by reducing the number of iPhone thefts. Before Activation Lock was available, thieves could steal an iPhone, reset it, and resell it. Now they cannot reset it, which makes stolen iPhones more or less worthless on the street. iPhone thefts, in turn, have declined. 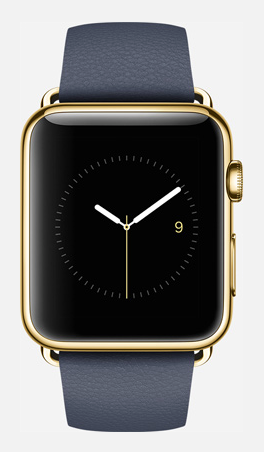 A pricey Apple Watch is a prime target.

The Apple Watch lacks Activation Lock or similar security feature, according to iDownloadBlog. Writer Jeff Benjamin was able to reset his Apple Watch, bypass the security code, and then pair it with a different iPhone under a different Apple ID with no trouble at all.

Why is this a big deal?

It increases the Apple Watch's appeal for thieves.

If the device can be easily reset and paired with a new iPhone, it has value on the street. The wearable is pricey. The entry point is $349 and escalates quickly to $1,099 and beyond, depending on the model. What's perhaps more worrisome than the property loss is the act of theft itself. People are often careless and will leave their iPhones on tables in restaurants, or hold them loosely when walking down the street. It's easy for thieves to snatch them and go without hurting anyone. Not so with the Apple Watch. Thieves will have to rip it off the owner's arm, which could lead to injury or worse.

(Before you ask, your data is relatively safe. First, personal information is protected by a passcode. Second, once the Watch is moved away from the owner's iPhone, it has limited access to personal details.)

[Read about why the iPhone is tops in the enterprise.]

To be fair, Google's Android Wear platform suffers from the same lack of security. There are no protections in place whatsoever. It takes only a few moments to reset an Android Wear device and pair it with a new Android smartphone. There are no codes, no passwords, no forced Google ID checks. Nothing. Android Wear smartwatches don't have quite the same visibility the Apple Watch does, nor do they cost as much, but it won't hurt any less to the Android Wear owner who has their watch yanked off.

Bottom line: Your expensive stuff will always be a target for thieves.

In the case of the Apple Watch and Android Wear, it would be nice if Apple and Google put some form of ID check in place to decrease their appeal for criminals. Neither company has commented on the report.

Update. After this article was published, Google sent the following response:

"You can go to your phone and via the Android Wear app, disconnect your sync to the watch." According to Google, this will protect users' data.

Eric is a freelance writer for InformationWeek specializing in mobile technologies. View Full Bio
We welcome your comments on this topic on our social media channels, or [contact us directly] with questions about the site.
Comment  |
Email This  |
Print  |
RSS
More Insights
Webcasts
Strategies for Success with Digital Transformation
Building the SOC of the Future: Next-Generation Security Operations
More Webcasts
White Papers
From MFA to Zero Trust
Passwordless: The Future of Authentication
More White Papers
Reports
The Malware Threat Landscape
How IT Security Organizations are Attacking the Cybersecurity Problem
More Reports

@ Thomas I believe that it takes same time for both the watch and the phone to be snatched. :) Ask those who have gone through this ordeal. I believe that once your life is at stake you do unexpected things like removing a watch faster than handing over your mobile. You can try it for confirmation :) Just on lighter side of it. It once happend with me and I cannot comment that how much time it took me to get my watch off my hand. It was pretty quick. ;)
Reply  |  Post Message  |  Messages List  |  Start a Board

The theft protection feature is like okay but it is not a selling point or it is not something based on which I will make a decision of selecting one production and rejecting other. Because I have a history of watches and I don't remember anyone of it has ever been stolen. I think some company should collaborate with a big name in conventional watches and come up with something which has both the flavors of smart and conventional watch.
Reply  |  Post Message  |  Messages List  |  Start a Board

Good point, but why would you only rely on a watch to unlock your accounts on a phone? 2FA is great for credit cards, but to rely on it only to protect your accounts on a smart phone is too dangerous to me. If there's that much info being carried, then I'd advocate for multifactored protection. I'd even like to see it mandatorily enforced. Too much risk in one very portable package.
Reply  |  Post Message  |  Messages List  |  Start a Board

Except your traditional watch isn't going to be a 2FA key to your various online accounts.
Reply  |  Post Message  |  Messages List  |  Start a Board

I'd argue no. Why drive up the cost or complexity of the watch unneccessarily? Here's my point, does your Rolex or your Tag Heuer have theft protection? Of course not. Might have an insurance policy, and so could the smart watch.
Reply  |  Post Message  |  Messages List  |  Start a Board

@Thomas but if the thief has a blade of some sort, he can probably cut through the straps of the leather models and either do it stealthily or also threaten the person with the same blade to get away with the watch.
Reply  |  Post Message  |  Messages List  |  Start a Board

...differ from phone thefts. Phones can be grabbed from one's hand and the thief can attempt a quick getaway. A watch theft requires confrontation and a threat or actual force for removal. Very different scenarios.
Reply  |  Post Message  |  Messages List  |  Start a Board
Editors' Choice
Hot Topics