50%
Tweet
The latest buzz about the revamped Apple TV is a new universal search feature and improved remote control. Apple is expected to offer details about the revised set-top box Sept. 9.

Apple's Sept. 9 event has been surrounded by the usual swirl of buzz and wishful thinking about what will be introduced there. For most observers, the show is the place where CEO Tim Cook will launch the iPhone 6s, along with the larger iPhone 6s Plus.

However, in the invitation Apple coyly suggested one should ask Siri, its voice-activated digital assistant, for a hint about what will be happening.

For some, that doesn't point to the iPhone, but a revamped version of Apple TV. We should note that Apple faked out everyone out, including the New York Times, about the product earlier in the year. The update to the set-top box was supposed to be shown at June's Worldwide Developer Conference, but it never appeared.

However, the new Apple TV should show up this time around.

Reports from unnamed but seemingly knowledgeable sources have been appearing in the press about the set-top box. It will use an A8 processor in a dual-core configuration, which is far more powerful than the current A5 processor. 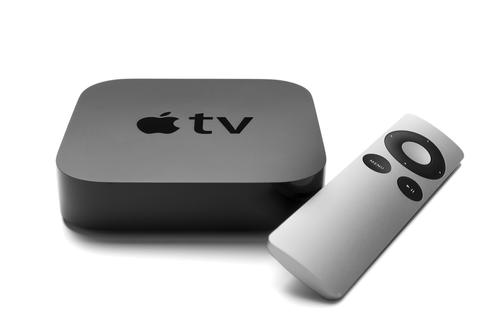 However, informed speculation about the remote that controls the box has been spiking in the last few days. This sort of controlled leaking to a favored few is typical of Apple. It drives up interest in the event, but preserves Apple's deniability.

The new remote is thought to have a touchpad, two buttons, and a built-in microphone. Internal motion sensors are also thought to be present, which would allow the remote's use as a game controller.

The newest beta releases of the Mac OS X -- El Capitan -- contains a deeply buried file that seems to offers details about the new remote, according to the 9to5Mac blog.

Called "Apple Bluetooth Remote.kext," the file seems a reference to a new Bluetooth remote control. This new hardware device integrates a dedicated Bluetooth wireless chip that can connect with devices through an infrared sensor. It also features a multi-touch trackpad with inertial scrolling support.

This all agrees with the buzz so far. The device also appears to support audio, which could indicate either playback or input for Siri.

That audio input to Siri will make possible one of the buzziest features of Apple TV that has been circulating: universal search.

Universal search would mean that a single search would show content from a host of services, not just those from Apple.

For example, one could search for a movie title and see all the services that offer it, not just the listing on the iTunes store.

Lending credence to this idea is Apple's purchase in 2013 of matcha.tv. Matcha.tv was an iOS app that provided a comprehensive overview of everything that's available to watch through cable television providers, streaming video services, and digital video stores.

Also, the app could manage what was watched from a universal queue, get video recommendations, and connect with social networks to see what your friends were watching or liking.

During the 2013 acquisition, Matcha co-founder and CEO Guy Piekarz told TechCrunch that the company was not "shutting down." However, it has not offered any publicly available products since then.

Apple already has the captive technology in place to make a universal search happen in its new iteration of Apple TV, and that kind of search would fit in with Apple's state goal of making a better TV interface.

Larry Loeb has written for many of the last century's major "dead tree" computer magazines, having been, among other things, a consulting editor for BYTE magazine and senior editor for the launch of WebWeek. He has written a book on the Secure Electronic Transaction Internet ... View Full Bio
We welcome your comments on this topic on our social media channels, or [contact us directly] with questions about the site.
Comment  |
Email This  |
Print  |
RSS
More Insights
Webcasts
Now That Ransomware Has Gone Nuclear, How Can You Avoid Becoming the Next Victim?
Securing Active Directory the Way it Deserves
More Webcasts
White Papers
2019 Software Exploits, a Technical Deep Dive into Vulnerabilities
Wi-Fi 6: The (Much) Bigger Story
More White Papers
Reports
The New Face of IT Automation
State of Cybersecurity Incident Response
More Reports

But those streaming services better be good. Apple streaming music has not gotten a great response from some quarters. The bar is pretty high.
Reply  |  Post Message  |  Messages List  |  Start a Board

I think if Apple TV can replace the traditional set top box that cable companies use that would be huge. Those boxes are not very good.

In addition, think about what would happen if Apple were able to also offer streaming services. I think that's what is going on behind the scenes, but there are a lot of moving parts to make that work.
Reply  |  Post Message  |  Messages List  |  Start a Board

Yes, i think they are trying to dominate the living room.

TV and games is a great place to start,
Reply  |  Post Message  |  Messages List  |  Start a Board