10 Apple Watch Apps: Which Ones Will You Use?
(Click image for larger view and slideshow.)

If the tech community had Us Weekly, Apple would always be on the front cover. It seems like the company generates 10 rumors a day -- so many that it's hard to keep them straight.

One might think that in the weeks following its much-hyped March 9 press event the Apple gossip might slow in favor of another company stealing the spotlight. But that's rarely the case with Apple. This week, the new Apple TV, a secret Apple Watch lab, and watch trade-ins were three hot topics.

While Apple did mention Apple TV at its press event, it didn't touch on hardware as some were anticipating. That news was limited to a partnership with HBO, through which Apple users can pay to access streaming HBO content for $15/month. Though no doubt a thrill for HBO fans, this news is just the beginning of Apple TV announcements.

Quite a few reports indicate that a new Apple TV project will surface later this year. Sources close to the project indicate that we'll see a new Apple TV box at its Worldwide Developers Conference (WWDC) in June, reports Buzzfeed. The product is reportedly a complete revamp of the current device and reflects how TV should be viewed, according to Apple.

The product is expected to launch alongside an Apple TV SDK that will allow developers to create apps for it. This would expand beyond the current apps that are automatically available on Apple TV to include an App Store similar to the one for iOS products, writes CNET. It will reportedly also include Siri support.

A reliable source claims that a partnership between Apple and MLB Advanced Media (MLBAM) is in the works, reports Forbes. While the rumor is by no means definitive, such news would bring benefit to both parties.

Bloomberg writes that Apple is planning to offer an Apple TV bundle of 25 channels for around $30/month. Between this and the aforementioned Apple TV box rumor, it's clear that Apple has its eye on TV innovation.

MLBAM is a big player in the streaming media landscape, but rumor has it that it's going to split into two companies. Forbes writes that "the league plans to keep baseball properties tightly connected to MLBAM, and at the same time, spin off the media company of the league into a new arm that would continue hosting."

Nobody has confirmed that this would involve a deal with Apple, but such a move would allow the two to host streaming in a manner similar to the HBO partnership.

You might be sick of hearing about Apple Watch by now, but aren't you a bit curious about how it was developed? Apple is revealing its super-secret testing process for Apple Watch in a new Nightline documentary, reports ABC News. 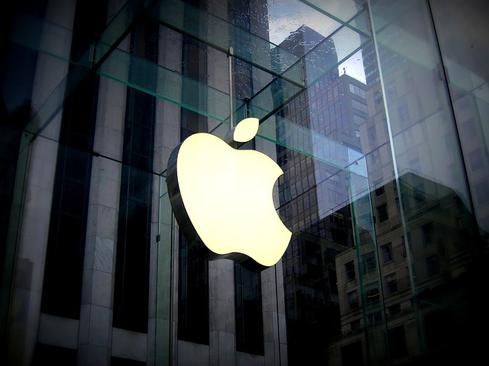 For the past year, Apple employees have been volunteering in a health and fitness lab to collect data for Apple Watch development. Fitness tests were reportedly conducted in labs designed to replicate a variety of outdoor environments. Employees rowed, ran, did yoga, and completed other fitness activities to test the watch's functionality.

"The employees knew they were testing something, but they didn't know it was for the Apple Watch," said Jeff Williams, senior vice president of operations at Apple. "We hooked them up with all the masks and so forth, but we would put on an Apple Watch covered up."

Even though it hasn't yet launched, the Apple Watch is already a favorite for the trade-in market. Gazelle, an online trading marketplace, announced this week that it will buy watches from owners and sell certified pre-owned products, writes PCMag. The site currently offers iPads, iPhones, and Samsung Galaxy devices.

Kelly Sheridan is the Staff Editor at Dark Reading, where she focuses on cybersecurity news and analysis. She is a business technology journalist who previously reported for InformationWeek, where she covered Microsoft, and Insurance & Technology, where she covered financial ... View Full Bio
We welcome your comments on this topic on our social media channels, or [contact us directly] with questions about the site.
Comment  |
Email This  |
Print  |
RSS
More Insights
Webcasts
Zero Trust for a Work-From Home World
Optimizing App Performance in the Cloud
More Webcasts
White Papers
Why Add Security to Your Skill Set and How to Do It
Understanding Credential Abuse Attacks: A Real-World Example
More White Papers
Reports
Improving Security by Moving Beyond VPN
Accelerate Threat Resolutions with DNS
More Reports


Apple TV seems expensive in my opinion with only 25 channels it hardly seems worth the $30 a month especially with all the free options for watching TV. The Apple Watch has been talked about but little has been said about how it will overcome some of the drawbacks any compact device will have, such as battery life, visual acuity and functionality. I am anxious to see what it will really offer consumers.

"The product is expected to launch alongside an Apple TV SDK that will allow developers to create apps for it. This would expand beyond the current apps that are automatically available on Apple TV to include an App Store similar to the one for iOS products"

Kelly, I think it will provide another opportunity for developers, to create more apps for the Apple TV too. I hope Apple TV is of Smart TV type, with IoT connected.
Reply  |  Post Message  |  Messages List  |  Start a Board
Editors' Choice
Hot Topics