Apple's Project Titan, the worst kept secret in the self-driving vehicle space, is shifting into higher gear with the appointment of longtime Apple hardware engineer Bob Mansfield, who will reportedly lead the project.

A July 25 report in The Wall Street Journal, which quoted unnamed sources familiar with the situation, reported that Apple employees learned of Mansfield's return to the company when they noticed in a company directory that all employees working on the car project were now reporting to him.

Although Mansfield's official retirement came in 2012 after more than a decade with the company, he has remained connected to the consumer electronics giant to work on future projects, where he reports to company CEO Tim Cook.

Although Project Titan is talked about, few details of what Apple is up to have leaked. Apple's super secretive workplace society has keep all details tightly under wraps so far -- but Apple has reportedly launched a clandestine lab in Berlin to speed up development of the initiative, according to an April report in Germany's Frankfurter Allgemeine Zeitung.

The staff in the Berlin lab is made up of hardware and software engineers, among others, and considered "progressive thinkers" who felt stymied by their bosses at their former jobs, according to the German publication. 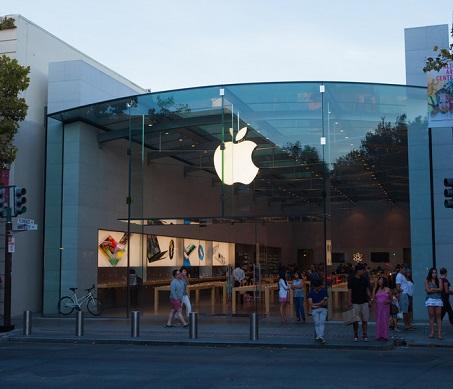 It's been a bit of a bumpy road for the company so far. Apple's momentum was dealt a blow at the beginning of the year following the departure of veteran Steve Zadesky.

As reported by the Journal, Zadesky, who was thought to be the project lead on Titan, is leaving the company for personal reasons, according to unnamed sources with knowledge of the situation.

Zadesky's departure put additional pressure on the Titan team, which according to the Journal report has been faced with unattainable targets and no clear goals. Bloomberg reported in February 2015 that Apple is pushing the team to have an electric car in production by 2020.

Apple is far from the only technology company investing in electric vehicles and self-driving cars. Rival Google has been testing its own autonomous car around various parts of the US, with a stop in London potentially next on the list.

[Read more about the race to create self-driving vehicles.]

Tesla Motors, which is also seen as a leader in the up-and-coming electric vehicle market, has come under scrutiny in recent days following a fatal crash that involved one of its sedans that was in Autopilot mode at the time of the accident. The collision raised new questions about the safety of self-driving cars.

New capabilities are being tested. Some of the world's largest automakers are investing heavily in self-driving vehicle technology.

Nissan announced July 13 that its Serena minivan, scheduled to go on sale in in Japan later in August, would come equipped with the company's ProPILOT autonomous drive technology.

Its path, on one of Europe's longest BRT routes in the Netherlands, links Amsterdam's Schiphol airport with the town of Haarlem. It includes a number of tight bends, tunnels, several bus stops, and stretches requiring high speeds.

Nathan Eddy is a freelance writer for InformationWeek. He has written for Popular Mechanics, Sales & Marketing Management Magazine, FierceMarkets, and CRN, among others. In 2012 he made his first documentary film, The Absent Column. He currently lives in Berlin. View Full Bio
We welcome your comments on this topic on our social media channels, or [contact us directly] with questions about the site.
Comment  |
Email This  |
Print  |
RSS
More Insights
Webcasts
[Free Virtual Event] Using Microsoft in 2020 & Beyond
Don't Miss this Dark Reading Virtual Event on Critical Data Breaches
More Webcasts
White Papers
Get The Key to Cloud Success
Cabinet-Level Electronic Access Control for Data Security and Compliance
More White Papers
Reports
How Enterprises Are Developing and Maintaining Secure Applications
Annual Threat Intelligence Report: Perspectives and Predictions
More Reports