Apple has decided to allow iTunes users to reject the free music that it recently forced upon some of them.

Last week, following the launch of the company's iPhone 6 and iPhone 6 Plus and a preview of the forthcoming Apple Watch, Apple announced that it would make "Songs of Innocence," the latest recording from Irish rock band U2, available exclusively to its 500 million iTunes account holders. The album is available free to iTunes account holders during a five-week period prior to its public release on Oct. 14. The band played one of the songs from the album live at Apple's event.

[Learn more about the U2 Album Giveaway: What's Apple's Angle?]

Apple senior VP Eddy Cue said in a statement to the Associated Press on Monday that 33 million iTunes account holders have accessed U2's "Songs of Innocence" in the six days the album has been available. That figure includes downloads and access via streaming, through iTunes Radio. 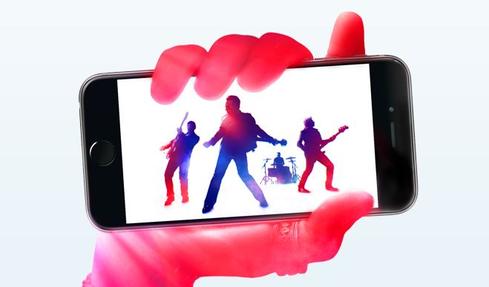 Though not as egregious a violation of device sovereignty as Amazon's 2009 deletion of two George Orwell books from customers' Kindles, Apple's non-consensual commerce didn't please everyone. Dozens of users on Twitter likened U2's files to malware. "My Mac is infected with some crazy new malware that causes iTunes to download a U2 album," said security researcher Nik Cubrilovic in a tweet last week. Several technology publications subsequently reported on the grumbling percolating through social media channels.

On Monday, Apple took corrective action, at least as far as U2's songs are concerned. The company posted a support webpage with a "Songs of Innocence" removal link that opens the iTunes application.

"Once the album has been removed from your account, it will no longer be available for you to redownload as a previous purchase," Apple said on its website. "If you later decide you want the album, you will need to get it again. The album is free to everyone until October 13, 2014, and will be available for purchase after that date."

Thomas Claburn has been writing about business and technology since 1996, for publications such as New Architect, PC Computing, InformationWeek, Salon, Wired, and Ziff Davis Smart Business. Before that, he worked in film and television, having earned a not particularly useful ... View Full Bio
We welcome your comments on this topic on our social media channels, or [contact us directly] with questions about the site.
Comment  |
Email This  |
Print  |
RSS
More Insights
Webcasts
Cybersecurity's Next Wave - What Every Enterprise Should Know
ROI and Beyond for the Cloud
More Webcasts
White Papers
A Technical Deep Dive on Software Exploits
The Network for Whatever's Next; A CxO Guide
More White Papers
Reports
Special Report: Understanding Your Cyber Attackers
2020 State of DevOps Report
More Reports

I hope that this doesn't discourage Apple from offering free albums in conjunction with big events.  There is that tendency to feel the sting and decide that it's just not worth the hassle next time.  I bet if they offered the tracks from all of their TV ads since 2001 when the first iPod commercial was released people would grab that and I'm sure some smaller bands would love to have the exposure of an Apple partnership.
Reply  |  Post Message  |  Messages List  |  Start a Board


While I understand that some users were unhappy with Songs of Innocence appearing in their itunes accounts I think it was Apple's responsibility to offer its users the ability to keep or delete the content upfront. I had another issue with the free download, I am a U2 fan but I don't use apple devices, so I felt a bit slighted by the whole effort. I would have to pay for an Apple device to access the free version or download itunes and then get a version that way. I think free content should be free content. I would not buy an Apple device just to get the CD for free and having to download an app is cumbersome at best. I understand Apple paid for the privilege but for some fans it was disappointing.

I agree with you @SaneIT. This should have been an opt-in freebie. Show some respect for the customer. How about this? Here's a U2 album. It's free. Go download it if you like. Forcing it on people was a credibility killer for both Apple and U2, not to mention a creepy invasion of privacy.
Reply  |  Post Message  |  Messages List  |  Start a Board

Fair points, @SaneIT. The storage is an issue. Next time I bet they will go opt-in route.
Reply  |  Post Message  |  Messages List  |  Start a Board

I think the lesson to take away from this is that forcing anything no matter how cool or free onto a large group of people is going to cause some backlash.  Apple was behind the curve on this and it took days to even allow users to remove the album.  I don't think they would have had this kind of reaction if they had just told everyone they could download it for free but they went a step too far and pushed it on people.  Since we're paying for the devices that sync with iTunes  and storage space can be precious to some of us the idea of Apple filling up a device with an album we have no interest in and can't remove is painful.
Reply  |  Post Message  |  Messages List  |  Start a Board

I'm reminded of a line from Life of Brian: "There's just no pleasing some people."
Reply  |  Post Message  |  Messages List  |  Start a Board

Some people get passionately upset about anything having to do with Apple, but I agree. The outrage seems a bit misplaced.
Reply  |  Post Message  |  Messages List  |  Start a Board

Haha, true. If you're actually upset about getting a free U2 album you don't have much going wrong in your life.
Reply  |  Post Message  |  Messages List  |  Start a Board

I've been amused by people who are taken aback by the U2 situation but who don't pay attention to actual security/ privacy incidents. While the U2 problem might point to some systemic concerns in the Apple ecosystem, I can think of worse things than free music, even if it's from a band I don't really listen to. ;)
Reply  |  Post Message  |  Messages List  |  Start a Board

This whole thing is kind of a FUBAR. Apple overestimated U2's appeal in 2014, and should have known it's never cool to hijack anyone's music library. Think Tim Cook is regretting the $100 million Apple paid the band?
Reply  |  Post Message  |  Messages List  |  Start a Board
Page 1 / 2   >   >>
Editors' Choice
Hot Topics