Apple adds Force Touch to its 15-inch MacBook Pro, intros a less-expensive iMac desktop, and reveals a new charging dock for the iPhone.

Apple today revealed updates to its laptop and desktop lines. The 15-inch MacBook Pro and iMac both see under-the-hood improvements, as well as new price points. The change in Apple's lineup arrives just weeks ahead of the company's Worldwide Developer Conference.

In addition to the improved trackpad, Apple also boosted the MacBook Pro's storage speed, which it claims is now 2.5x faster. The hard drive can now reach throughput speeds of up to 2GB per second. The large laptop gains a new AMD Radeon R9 M370X graphics module, which Apple touts as ideal for editing videos in Final Cut Pro or rendering high-resolution games.

Last -- and maybe most importantly -- the MacBook Pro 15-inch with Retina Display gains an hour of battery life. 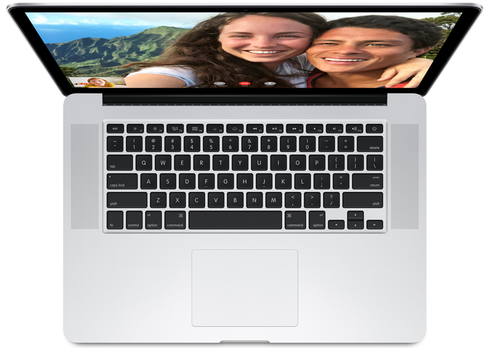 [Read about how Apple and Google are trying to protect privacy.]

"The response to the new MacBook and updated 13-inch MacBook Pro with Retina display has been amazing, and today we are thrilled to bring the new Force Touch trackpad, faster flash storage and longer battery life to the 15-inch MacBook Pro with Retina display," said Philip Schiller, Apple's senior vice president of Worldwide Marketing. "Customers love the groundbreaking iMac with Retina 5K display, and now with a new lower starting price, even more people can experience the best desktop we've ever made."

The new computers ship with Mac OS X Yosemite and come with Apple's suite of software, including Photos, iMovie, GarageBand, and iWork. The MacBook Pro 15-inch with Retina Display and the 27-inch iMac with Retina 5K display are both available in stores and online beginning today.

Last, but not least, if you've been hankering for an Apple-made dock for your iPhone 6 or iPhone 6 Plus, well, now you have one. Apple began selling one today online for $39, and it includes a Lightning port. It will charge your iPhone as it stands.