Apple continues its string of acquisitions with the purchase of Metaio, a company specializing in augmented reality software development.

Apple is muscling into the augmented reality space with the acquisition of German company Metaio, according to several media sources.

Metaio offers a host of products, including a user-friendly augmented reality authoring tool, and a software development kit (SDK) comprised of a capturing component, a sensor interface component, a rendering component, and a tracking component. The company also makes an application hosting and delivery-as-a-service platform.

Apple issued its standard email message to various publications, which neither confirmed nor denied the acquisition.

"Apple buys smaller technology companies from time to time, and we generally do not comment on our purpose or plans," Apple's email stated.

A photo also surfaced on Twitter showing a document that allegedly provides proof of the closed deal. (Most of the tweets are in German.)

The concept of augmented reality combines real-time views of a person's environment supplemented by displays of sensory information, such as GPS coordinates, information about the weather, and other data.

On Metaio's website, the company provides potential customers with a banner explaining that its products and subscriptions are no longer available for purchase. The company notes that downloads of customers' previous purchases would be available until December 15 and active cloud subscriptions will be continued until expiration. 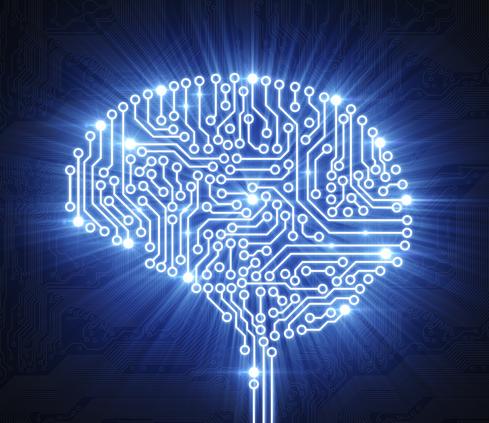 The company is also providing email support to its customers until June 30 of this year, and the company's help desk remains available for reference until December 15.

This is not Apple's first foray into augmented reality technology, however. In February the company was awarded a patent for a head-mounted virtual reality set that uses an iPhone as the display and computing component.

The concept is similar to Samsung's Gear VR, a virtual reality device developed in collaboration with Oculus VR, a company that was acquired by Facebook for $2 billion last year.

Major technology companies like Google, with its much-publicized but ultimately abandoned Google Glass project; Microsoft; and Sony are all exploring the augmented reality market.

It remains to be seen whether the public will embrace admittedly futuristic technology that so far has resulted in clunky, decidedly unstylish hardware. (Early enthusiasts of Google Glass earned the unfortunate moniker "Glassholes.")

Google showed off its latest virtual reality headset, Cardboard 2.0, earlier this week at its annual I/O developer conference, which is made largely from cardboard and seeks to reach a wide audience with a user-friendly design and an unabashedly, inexpensive look.

In terms of actual business use, Microsoft's HoloLens that might actually have the most business appeal, but, as with so many other VR and augmented reality devices, it's far away from mass production or actual real-world tests.

According to a report from Tractica, shipments of augmented reality glasses are projected to jump from 114,000 units worldwide in 2015 to nearly 5.4 million units annually by 2020, with a total of 12.2 million shipments during the period.

"The smart glasses market is enjoying a period of tremendous innovation," Tractica research director Aditya Kaul wrote. "Despite Google's decision to go back to the drawing board and redesign Google Glass, other vendors have ramped up their activity significantly."

Nathan Eddy is a freelance writer for InformationWeek. He has written for Popular Mechanics, Sales & Marketing Management Magazine, FierceMarkets, and CRN, among others. In 2012 he made his first documentary film, The Absent Column. He currently lives in Berlin. View Full Bio
We welcome your comments on this topic on our social media channels, or [contact us directly] with questions about the site.
Comment  |
Email This  |
Print  |
RSS
More Insights
Webcasts
How Elite Analyst Teams are Transforming Security with Cyber Reconnaissance
ROI and Beyond for the Cloud
More Webcasts
White Papers
How to Prioritize Risk Across the Cyberattack Surface
Passwordless: The Future of Authentication
More White Papers
Reports
The ROI Of SD-WAN: Not Just A Numbers Game
DNS Network Traffic Volumes During the 2020 Pandemic
More Reports

@tzubair interesting point... if it work it could be a game changer...
Reply  |  Post Message  |  Messages List  |  Start a Board

@danielcawrey I could not agree more... as Apple have no choice in this game VR... and have to develop it own to compete in this game....
Reply  |  Post Message  |  Messages List  |  Start a Board

Virtual and augmented reality are going to become something that is a huge market. Apple has no choice but to start thinking about it – with competing platforms like the Samsung Gear VR already out, they can't risk not being part of what could be a huge consumer electronics sector.
Reply  |  Post Message  |  Messages List  |  Start a Board

@asksqn: It may seem like the investment was made even when Apply didn't know about it's to be used, however, I think it's okay for them to experiment and take risks. Just one of the products in the portfolio can be a major hit.
Reply  |  Post Message  |  Messages List  |  Start a Board

I think it makes sense for Apple to get a foothold in this space. Like with wearables and other IoT-focused tech, it's hard to say exactly how large the market will grow. However, I think Hololens and Oculus have been generating more buzz than people were expecting... this may signal that consumers are ready, and may have spurred Apple to action. Speaking of Oculus, recreational applications (re: games) seem to be one of the crowd-pleasers of AR/VR/etc. I wonder if Apple has plans for that, or more productivity focused stuff. The main problem with AR glasses so far, to me, has been the price, considering they, like watch-esque wearables require a connection to an already-expensive smartphone.

While I don't expect Apple to give much heed to price, that hasn't exactly been a problem for them when it comes to the Apple Watch - people consider it worth the price for that Apple style, and they could do the same for AR glasses - and, more competition is always a good thing. The sudden shutdown of Metaio might leave a lousy taste in some customer's mouths, though; I wonder if that was the best way to go. No e-mail support? I suppose the rest of the year is plenty of time to grab something or make a backup, but after that, what? their products are gone for good? oh well - I suppose we'll little note nor long remember Metaio in the big picture. Let's see what comes next.
Reply  |  Post Message  |  Messages List  |  Start a Board

So, in other words, Metaio is effectively, a just-in-case insurance policy purchased by Apple in the event it actually has to compete in the VR market.
Reply  |  Post Message  |  Messages List  |  Start a Board
Editors' Choice
Hot Topics