8 comments
Comment Now
We've long been frightened of the potential for technology to go wrong, and that doesn't seem likely to change. 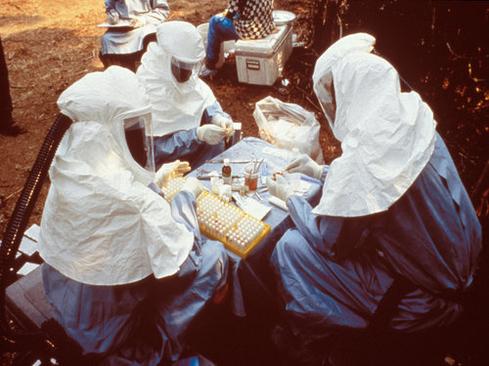 Ebola
Let's make no mistake. Ebola is a horrific tragedy, and in countries where there are not enough resources to fight it, it is truly an epidemic. There was debate about how deadly Ebola would be in a developed country. It turns out, at least by what happened in the US, you're 20 times more likely to be killed by a cow. Not from contaminated meat, but from an actual cow in mortal combat. One hundred times more people are going to die by being burned by their own tap water. I'm not trying to make light of any death, but can we all put Ebola in perspective before the next election?

this days most things get overblown to create news/fab/traffic... but it interesting to know... and some things like Ebola do scarry... but probability of it happens localy ??? very low...
Reply  |  Post Message  |  Messages List  |  Start a Board

While there will always be guys out on the steps with "the end is near" signs and tell you whatever the latest crisis is will be the one thaqt kills us all, what we need, really need, is unbiased, just the facts news once in a awile.

With all the panic over Ebola I had to go do some research to find out that no a new airborn strain did not come out and it's still the same very hard to catch in a medically advanced society type of horrible disease. When people say climate change doesn't exist and plug their ears over the gunshot like sounds of the glaciers falling into the sea as they turn black from forest fire soot and get even warmer, a little research shows that even the most profound most doomsday-esque predections have already been outstripped as we find yet another factor that is picking up the pace of global warming.

Eventually the worl will end, let's hope it's not until the sum supernovas a few billion years from now. Until then, It would be helpful if everyone can get their facts straight so we know what to focus on, so we can make sure technology is more likely to save our bacon than cook it.
Reply  |  Post Message  |  Messages List  |  Start a Board


Sorry David I didn't even read your piece as I am still trying to get over the trauma of the Y2K bug.  : )


Seriously though I agree maybe Ebola was a bit overblown, but anything that can kill you in a matter of days should be taken kinda seriously don't you think ?


And the Nuclear Bomb ?   You mean to tell me when the time comes to hit the switch it might not work ?

I think the biggest threats in our future are the futurists and scientists that keep coming with these crazy predictions.  I would think that by now, they would have learned that saying that the newest technology will destroy the earth is something that has been done.  May be, they should come up with positive predictions of the future.
Reply  |  Post Message  |  Messages List  |  Start a Board

We are probably just a few bad lines of code away from trading the collective wealth of the world for a used lava lamp and 1973 Chevy. Hopefully it is at least a convertible.  :-)
Reply  |  Post Message  |  Messages List  |  Start a Board

We've been celebrating this week's happy news from the comet landing (8 Lessons From Rosetta Comet Mission and Rosetta Mission: Debugging A Comet Landing), but big rocks and snowballs crashing into earth are another popular doomsday scenario.

Your theme is more about technology gone wrong leading to the End of Life As We Know It, but the two could overlap. I get a little nervous when they talk about capturing comets or asteroids and tugging them into Earth orbit. What could go wrong? That's probably what the dinosaur space agency said when they were planning the same mission.
Reply  |  Post Message  |  Messages List  |  Start a Board

John Barnes wrote about another purported threat to technological civilization here: EMP, Debunked: The Jolt That Could Fry The Cloud (the danger of electromagnetic pulse to electronics and the electrical grid)
Reply  |  Post Message  |  Messages List  |  Start a Board


Dave loved the slide show, just hysterical especially since I have lived through some of these like the Y2K fear mongering! So much of the fear of technology overtaking us stems from the misunderstanding that technology is an entity unto itself rather that something powered by humans who program and manipulate its capabilities. The fear will always exist as long as the misunderstanding exists, it's kind of amusing but it can be sad and frightening to some. I actually have met some seniors that think that the computer can do anything, it's all powerful and gives you all the information about everyone and everything. I even have older relatives that think the computer will do something with their credit card information if they shop online so the fear is still alive and real that technology can harm our future!